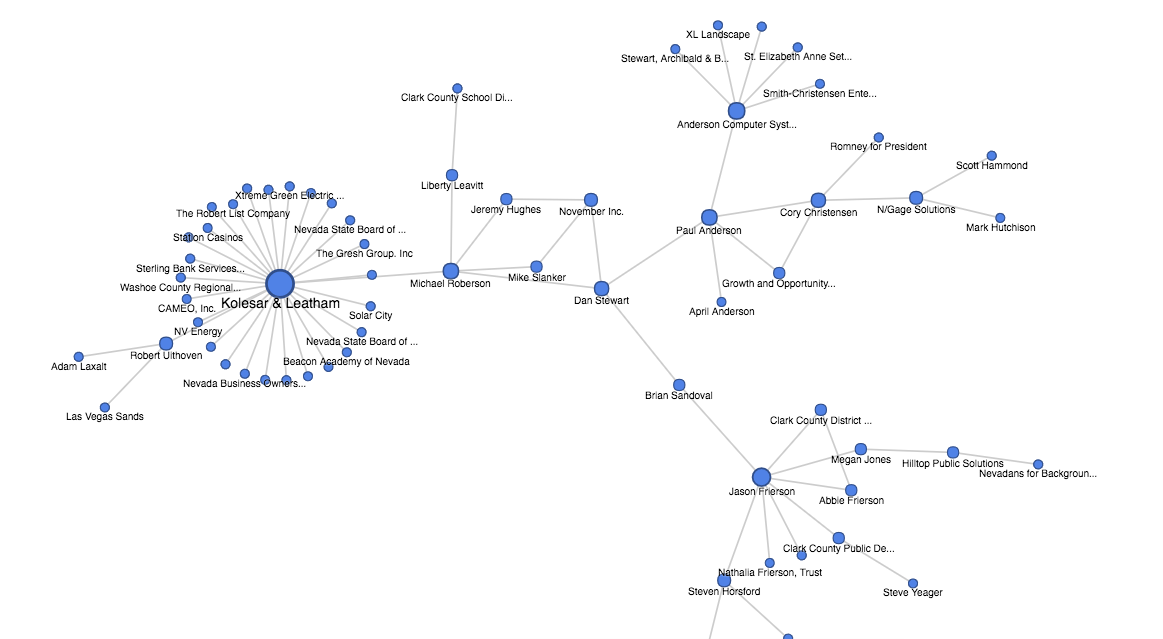 When the Legislature begins meeting tomorrow, two men will sit at the helm: Democratic Senate Majority Leader Aaron Ford and Democratic Assembly Speaker Jason Frierson. Republicans, meanwhile, will be in the minority in both houses, led by Michael Roberson in the Senate and Paul Anderson in the Assembly.

These four men will shape the Democratic and Republican agendas over the next 120 days. But where do they come from, who do they work for and who might have their ear? The Nevada Independent is continuing to map out some of the connections in Nevada politics, this time taking a look at the four caucus leaders.

Feel free to zoom in, zoom out, and drag around the dots in the graphic above to explore some of the connections. See a link we haven’t included yet? Give us a shout out at info@thenvindy.com and it’ll be included in our next update.