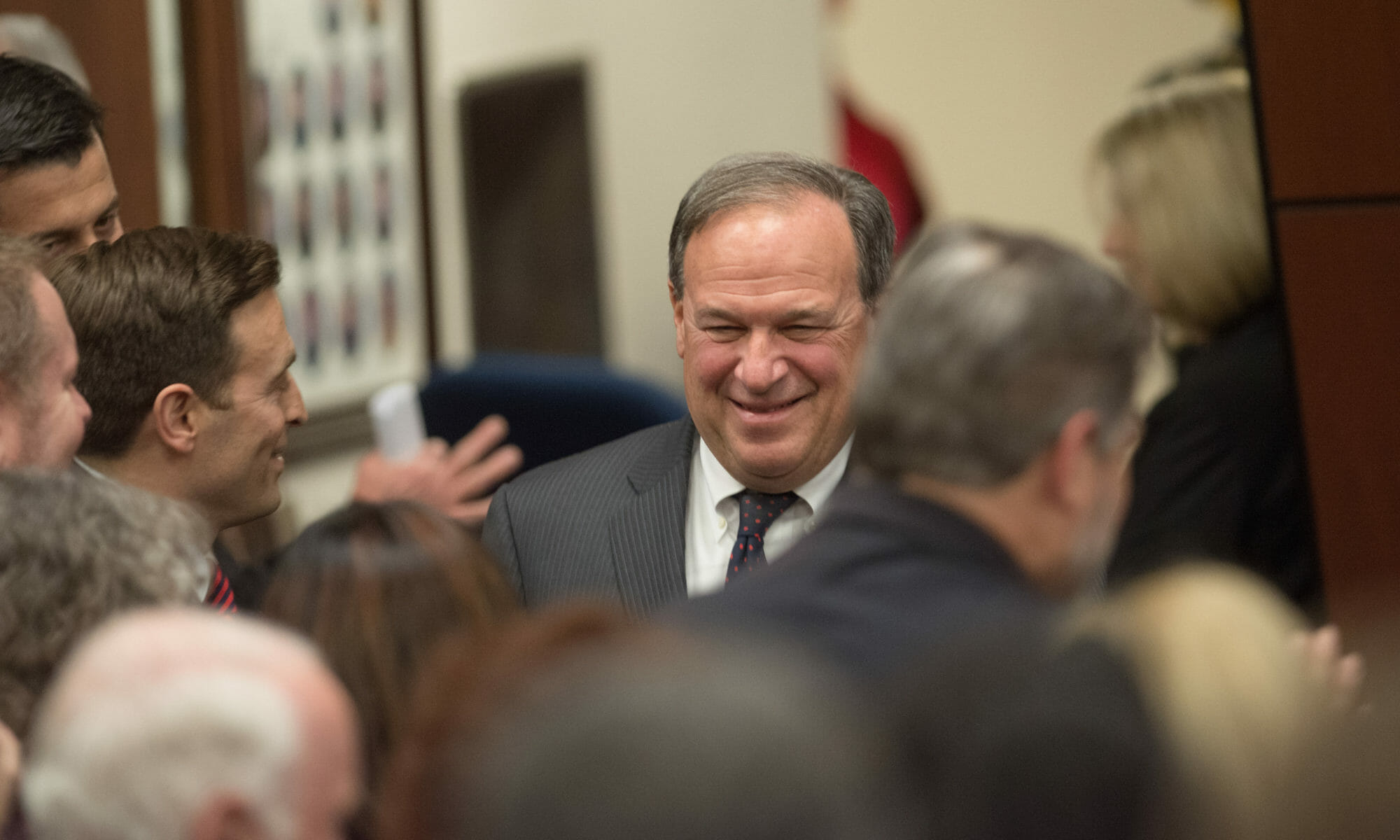 Imagine an “obscure” office led by someone who “instead of competently and ethically managing” affairs “positioned himself to run for a more noteworthy office — the office of the governor.”

That was the setup by Democratic Assemblyman Elliot Anderson during a Tuesday committee hearing, teeing off his argument for axing two of the state’s constitutional offices.

But Anderson wasn’t referring to Dan Schwartz — the state’s oft-criticized treasurer known for landing himself in hot water with the governor and lawmakers for overstepping the responsibilities of his office and who hasn’t been shy about his gubernatorial aspirations — as many might have assumed. He was referring to Nevada’s office of the surveyor general, which voters abolished in the 1954 election.

“The surveyor general argued against this closure at the time, stating that, among other arguments, that abolishing the office would take power away from the people,” Anderson said at a committee hearing Tuesday. “Despite this very self-interested argument, Nevada voters abolished the office by a 2-1 vote when given the chance.”

Now, Anderson wants to take the question of whether to eliminate Nevada’s offices of the treasurer and controller to the people. The constitutional amendment, as proposed in AJR6, would need to be twice approved by the Legislature and once approved by the people in 2020 before taking effect.

The amendment would begin the process of turning the positions from elected offices enshrined in the Constitution to gubernatorial-appointed posts, their responsibilities carried out generally within the executive branch. It would be up to the Legislature to create the necessary statutes transferring the duties of the treasurer and controller to other parts of the executive branch.

“Too often members of both major parties seek to build a statewide portfolio by seeking election to these obscure state offices in order to seek election to higher offices,” Anderson said.”We all have people on both sides of the aisle in mind.”

Of the 13 states that have a controller or comptroller position, nine are elected by a vote of the people. In Nevada, the controller is the state’s so-called “chief fiscal officer,” overseeing the state’s accounting system, settling claims against the state and collecting financial debts.

By contrast, the treasurer is the state’s “chief financial officer,” responsible for managing and investing the state’s money. Nevada is one of the 36 states that elects its treasurer, with another 12 treating it as an appointed position.

Since they took office in 2014, Schwartz and Controller Ron Knecht have repeatedly come under fire for the unconventional methods they have taken to oppose certain policies.

Knecht spearheaded an ultimately unsuccessful signature-collecting effort to place a repeal of the controversial portion of the governor’s $1.1 billion tax plan passed in 2015 on the ballot. Meanwhile, Schwartz has dipped his toes into a number of issues — from taking it upon himself to dig into electric car company Faraday Future’s finances on a trip to China to moving forward on a monetary incentive to implement a college savings program for kindergarteners against the express wishes of the Legislature — drawing sharp rebuke from both the governor and lawmakers at times.

Anderson made a general case for why he believes the offices should be abolished during the hearing — namely, that consolidating them within the governor’s office is more efficient, will create more oversight of their practices, given that most people do not know what the treasurer and controller do, and will allow people with relevant financial experience to be appointed to the posts.

He argued that the elective process “hinders rather than helps” internal controls and accountability, noting that the state’s first treasurer Eben Rhoades fled with state money to San Francisco in order to feed a cocaine habit.

But, after a heated moment in which Schwartz said the bill had “no evidence behind it other than a belief” and his chief of staff said that he would “love to see a plan that Assemblyman Anderson might have in his head” to break up the responsibilities of the offices, Anderson had had enough, turning to Schwartz’s performance as treasurer.

“With all due respect, it is not in the treasurer’s job description to be intervening with the stadium, in the state budget, in the Commerce Tax, in Faraday,” Anderson said in his closing remarks to the committee. “That’s not what we’re looking for from our financial managers … This is exactly my point.”

Representatives from the treasurer’s and controller’s office argued that abolishing them would remove important protections against fraud.

Senior staff from both offices talked about the segregation of accounting duties that occurs between the offices and what kind of checks they place on each other. They said that consolidating the treasurer’s and controller’s responsibilities into one office would vest too much financial authority with the governor and would weaken the state’s internal system of controls.

“I would hate to suggest that a future governor or gubernatorial staff member might subject the state to fraud misappropriation of funds but consolidation of these offices into the executive branch creates a fraud risk,” said Assistant Controller Geoffrey Lawrence.

Republican Assemblyman Ira Hansen said that he worried that the amendment would expand the power of the governor at the expense of the other branches of government. He said he liked the concept of “streamlining and cleaning things up” but worried about removing those positions from the elective process.

Republican Assemblyman James Oscarson expressed similar concerns, noting the number of constituents who had emailed him to vote against changing the positions.

“It’s the quiet voices that are compelling me to do the right thing, do what they would ask me to do,” Oscarson said. “It is my constituents I’m hearing from.”

Several conservative advocacy groups and activists testified against the bill, arguing that it removed important checks and balances within the executive branch. No one testified in favor of the bill.

The committee did not immediately take any action on the resolution on Tuesday.