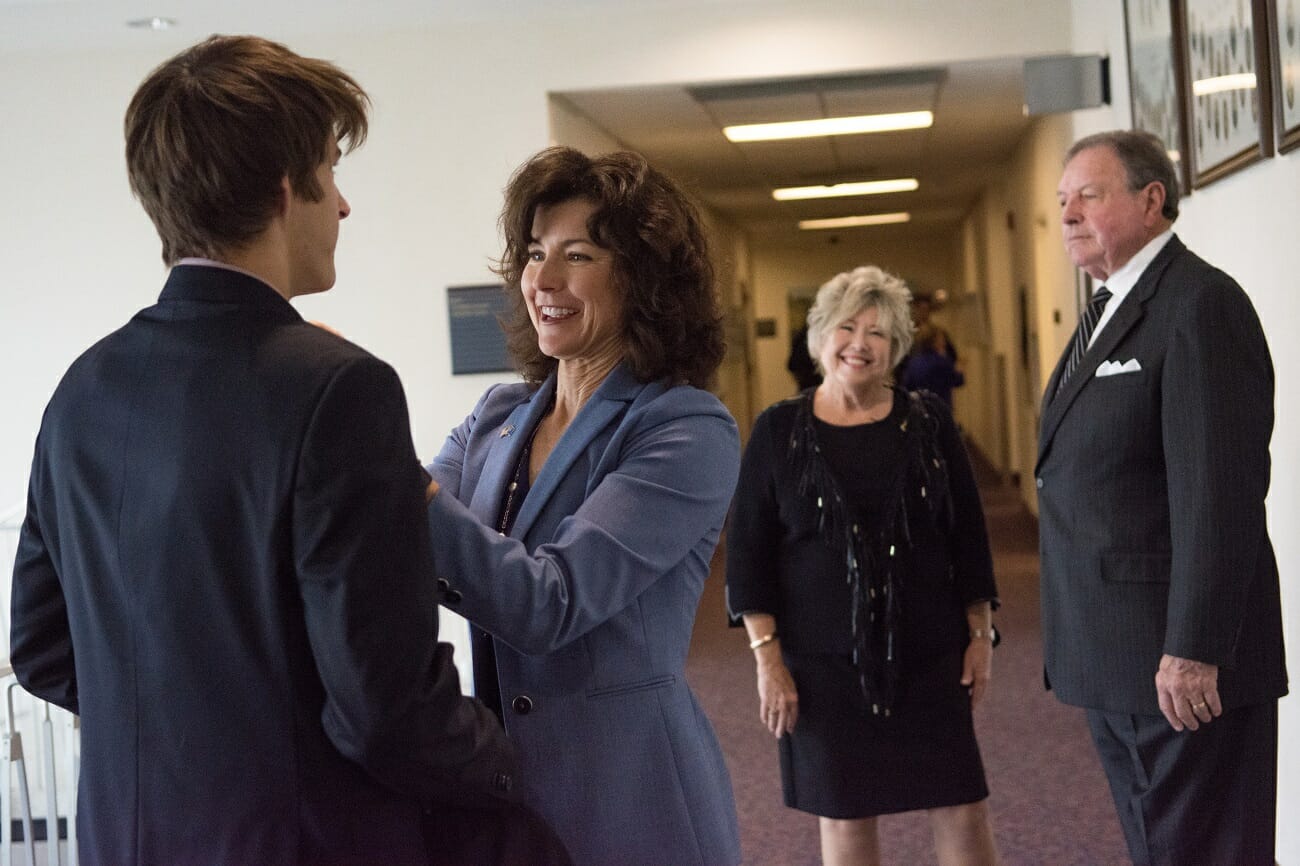 As the only new Republican in the state Senate, Heidi Gansert is entering a very different Legislature than the one she left in 2009.

Gansert, a longtime state assemblywoman, former chief of staff to Gov. Brian Sandoval and currently a University of Nevada, Reno (UNR) executive, added state senator to her list of titles when she defeated Democratic attorney Devon Reese by a nearly 10-point margin in November.

But life in the Legislature is very different for Republicans in 2017 than it was in 2015, and being a member of the 9-person Republican minority means working out of a cramped office with her three staff members and trying to identify policies that can pass through Democratically controlled chambers.

In a 30-minute interview, Gansert touched on a number of topics including her specific priorities for the upcoming session, her thoughts on President Donald Trump (she did not vote for him, she says) and Gov. Brian Sandoval’s proposed excise tax on marijuana.

Gansert has been criticized in the past for giving muddled or incomplete answers to policy questions — most recently receiving criticism for not directly commenting on Sandoval’s proposal to raise $1.1 billion in new taxes to fund a bevy of K-12 education programs.

She said her hesitation on answering hypothetical questions, including a survey sent to all new legislators by the Nevada Independent, stemmed not from a desire to be opaque but from wanting to have actual legislation in front of her.

“So when questions are asked and you don’t have details, you need to have details,” she said. “I can talk to you about what I have because I know what those bills will look like, versus questions around topics that may come up.”

To that note, she listed a number of bills she’s working on, including:

She said she helped develop the caucus’s recently-released policy document “A Pathway Forward for All Nevadans,” and said it both identified conservative goals and laid out more achievable areas of potential cooperation.

“So there’s issues which we agree upon, and I think we have core principles around government and policy and as conservatives, it’s important to talk about those,” she said. 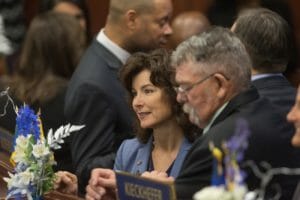 “No, I did not vote for Donald Trump,”  she said after a lengthy pause. “I decided that I didn’t support either candidate.”

She said Trump’s first weeks in office have been “very interesting” without giving praise or criticizing the president’s recent controversial executive orders.

“I’m hopeful that policies that move forward can help strengthen our country,”  Gansert said. “And so I’m just still watching.”

One concern from Gansert is the continuing uncertainty behind Republican led efforts to repeal and replace the Affordable Care Act, and where that would leave states like Nevada that expanded Medicaid under the health care law and now fear what a rollback of the program would do to the health insurance of hundreds of thousands of Nevadans.

Gansert said any repeal or change would probably be phased in over time, but the state needed to prepare to deal with the shifting marketplace.

“Given the uncertainty, we may have a budget, and then we may have to have contingency plans based if there’s changes,” she said. “Or there may be time where we need to have a special session or something like that if all of a sudden there’s a drop off in funding that we typically had as a state from the federal government.”

Sandoval, marijuana, and conflicts of interest

Sandoval and Gansert have a long history; they’ve known each other since elementary school, were elected together as student body president and vice-president at Bishop Manogue High School in Reno, and Gansert helped fundraise for Sandoval’s run for state Attorney General before coming aboard as his chief of staff during his first term as governor.

Despite some coolness toward Gansert from Sandoval during her primary (telling the Reno Gazette-Journal’s Seth Richardson, “I’m not focused on that race right now.”), Gansert says she’s looking forward to working with her former high school classmate.

“We’ve been friends for a long time, we have a really good relationship,” she said.

“Every now and then we have a tax that’s earmarked for a certain purpose,” she said. “And I do agree that funding for education is critically important. I’m not sure that I would tie the two, but right now we’ll see what the proposal is.”

Gansert, despite being employed in a six-figure job at the University of Nevada, Reno (currently on an unpaid leave of absence through the session), said she wasn’t worried that her position as UNR’s Director of External Relations would place her in an ethical quandary when voting on proposals like the proposed $84 million new College of Engineering building.

“I work at the university, but I’m not a student of engineering, my children aren’t students of engineering so it doesn’t directly impact me,” she said.

Photos by David Calvert for The Nevada Independent.