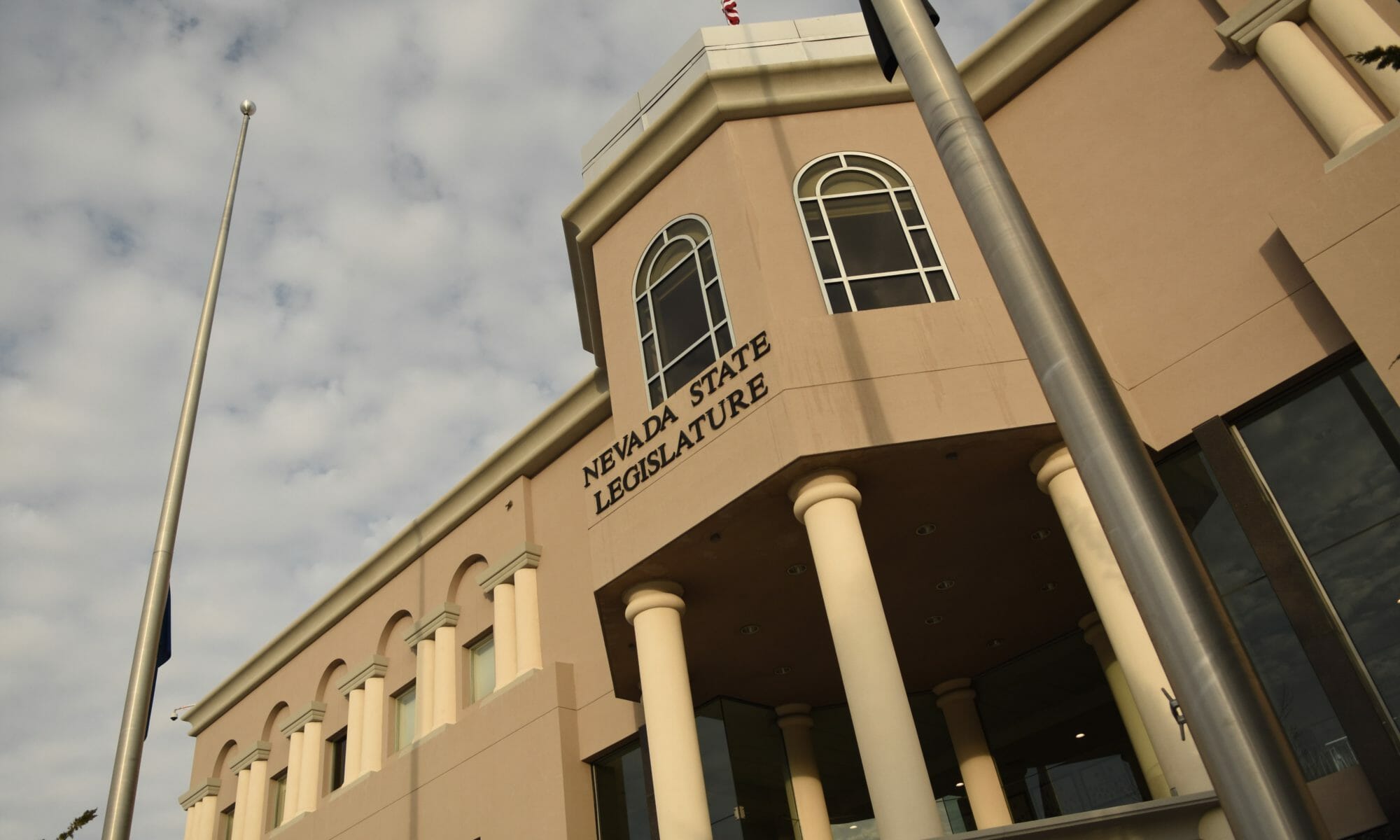 The Nevada Department of Corrections gave lawmakers a crash course on their $759 million two-year budget proposal, which is mostly drawn from the state’s $8.1 billion general fund. Here are the highlights, including space limitations for inmates, controversial proposals for private prisons, and salary disparities with their local counterparts:

David Tristan, NDOC’s deputy director of programs, said he didn’t believe wardens who started telling him last fall that they were out of beds and had to start “trading” inmates. From the spreadsheets, it looked like there were hundreds of available beds.

When he had the wardens triple check, they kept coming up with different numbers. He said he later realized that the prisons had been including hospital beds, solitary confinement units, women’s prisons, death row cells, bunks on a condemned wing of a prison and youth offender units in the “base” bed count numbers, even though none of those beds are freely available to just any male inmate.

Wardens can accommodate more inmates by converting activity rooms into housing units or putting prisoners in holding cells, but that comes with its own set of problems. For example, if there’s no activity room space for substance abuse treatment, the state could lose a federal grant to provide that program, and short-term holding cells lack crucial amenities, such as toilets and showers.

“Those are some of the reason why we have to look at our base capacity more realistically,” Tristan said.

After taking more than 700 of those specialty beds off the rolls, Nevada officials determined they have capacity for 13,610 inmates. That includes room for 11,841 male inmates -- below the 12,806 male prisoners the state had as of January.

Several factors are driving the growing population. The contractor that develops the state population predictions, JFA, found that Nevada has a higher rate of incarceration and longer sentences than the national average.

More than 5,000 inmates who come into Nevada prisons each year are returning parolees -- about half who have been re-arrested, and the other half who have otherwise violated their parole but weren’t actually arrested.

Another 200 inmates or so are in prisons because it’s too dangerous to keep them in local jails. That includes people such as police officers who are arrested but don’t want to be supervised by their fellow local police officers.

The state is trying to reduce its population but has to be careful about how it does that.

Tristan told of a time when he was a prison official in California and the state sought to double-bunk dangerous gang members to ease overcrowding. Even though inmates signed statements saying they could be roommates with another member of their gang, the system saw nine homicides in the course of a month -- Aryan Brothers were killing Aryan Brothers and Mexican Mafia members were beating Mexican Mafia members into comas.

“I’m trying to do the best that we can to house as many inmates as we can, safely,” Tristan said.

One way to reduce the prison census is by more quickly getting inmates out from behind bars. At any given time, an average of 300 to 400 inmates are eligible to be out on parole but are still in prison because they have nowhere else to go.

Efforts to usher people out of prison more efficiently include an $850,000 initiative to station Parole and Probation specialists in the prisons to help inmates develop post-release plans about where they’ll live, how they’ll get a job and what kinds of substance abuse treatment they might get on the outside.

Right now, the prisoners themselves are charged with that task, and it’s not always effective -- parole division officials said the inmates sometimes come up with unworkable plans, like living with the person they were arrested for abusing.

But Tristan said it will probably take a year or two for parole efficiency and anti-recidivism efforts to bear fruit.

“The crisis is now,” Tristan said.

Gov. Brian Sandoval’s budget calls for sending 200 of the most “resource-intensive” inmates out of state to private prisons as a way to ease overcrowding. The move aims to free up solitary cells occupied by inmates on disciplinary status, making space for up to two inmates per cell, and would cost about $6.2 million each year.

That’s about $31,000 per inmate per year -- more than the approximately $21,000 annual cost of housing inmates in state. Officials say the added costs include the price of monitoring the contract for compliance and transporting the inmates securely out of state.

NDOC Director James Dzurenda said the move is partly to show top-level gang members that they’ll be sent away if they continue acting out, intimidating and extorting other inmates.

While jails such as those in Lincoln County and North Las Vegas can provide more overflow space, they don’t want to take in the toughest inmates and they charge about $110 a day -- more than the $56 dollars a day that a private prison charges.

Democrats bristle over the private prison industry, which critics say profits from others’ pain and subtly encourages harsher laws to increase prison populations. Assembly Speaker Jason Frierson scrutinized the department’s bed count and said he wondered if the inmates sent out of state would be further isolated from their families.

Dzurenda said about 2,500 inmates are considered transient and don’t have an established connection to Nevada. The private prisons are also willing to add whatever services the state chooses -- whether that be additional programming or video visitation services.

“At the end of the day, they have more inmates than they have beds. We have no choice but to do something,” he said. “We also need to be mindful of how that impacts the chances of them coming back into the prison system.”

Republican Assembly Leader Paul Anderson said he thinks there are opportunities for members of both parties to support criminal justice reform that could ensure private prison contracts aren’t permanent fixtures for Nevada.

“I would say we’re probably looking at that as a temporary solution. There’s a whole cycle there that we have to look at,” he said. “On the parole side, perhaps we can free up some beds and make sure we don’t have to build a new prison. There’s certainly exorbitant costs when we do that, and that’s permanent.”

Correctional officers in for a raise

Nevada has a chronic shortage of correctional officers, especially in some of its rural prisons, and currently has 152 vacant positions. That’s why Sandoval wants to bump officer salaries up by one pay grade, which amounts to about 80 cents more an hour or $1,649 per year.

Part of the problem is that local governments compensate correctional officers at rates so much higher than the state, which pays new officers a gross salary of $39,672 a year. That amounts to about $27,000 in annual take home pay after the state employees contribute to their retirement and health benefit plans.

The City of North Las Vegas, on the other hand, gives officers $51,000 in gross pay. The gross pay figure for Henderson is about $49,000 and the city covers 100 percent of their retirement and benefit costs.

Poaching is expected to worsen as agencies including the Las Vegas Metropolitan Police Department, flush with new funding from the More Cops legislation authorized last year, recruit from the state’s ranks.

John Borrowman, Deputy Director of Support Services at NDOC, said the move won’t fix the pay disparity, but will make a dent in the recruitment and retention problem.

AFSCME union representative Kevin Ranft said it will be a morale boost for correctional officers, who want to be seen as more than merely guards.

“This sends a clear message that these officers are respected,” he said. “These are professional correctional officers of this state, they’re peace officers, and they should be respected as such.”