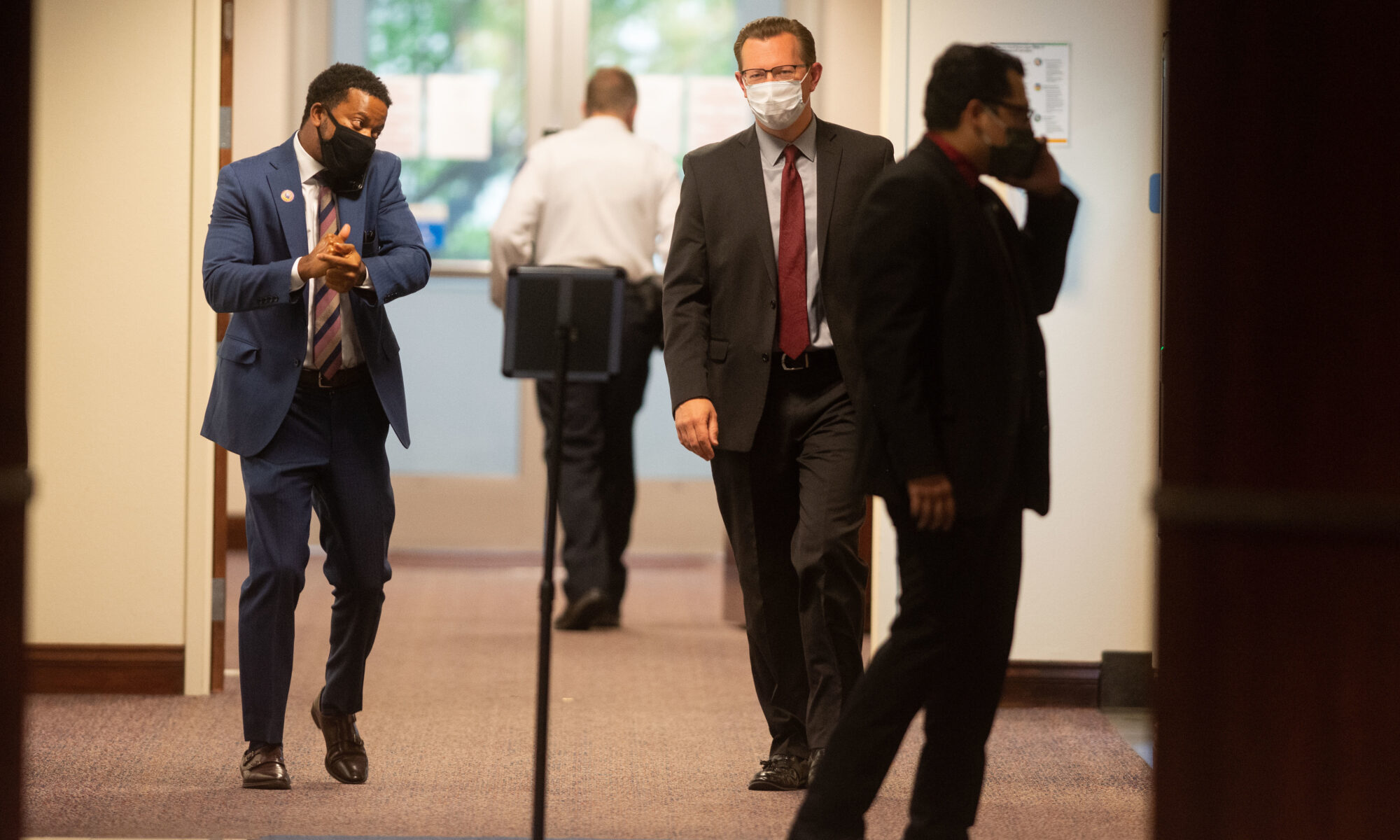 After a somewhat quiet day with lawmakers largely meeting behind-the-scenes to work on the state’s budget shortfall, action picked up late in the day Thursday when Democratic legislators introduced a bill that would cut mining deductions and increase state revenue by about $55 million.

The legislative building, which has been closed to the public and lobbyists through the special session, remains nearly empty outside of lawmakers and staff scrambling to find ways to fix the state's budget hole.

The Nevada Independent’s David Calvert captured scenes from the Legislature’s ninth day of the special session: here are some of the photos from today: