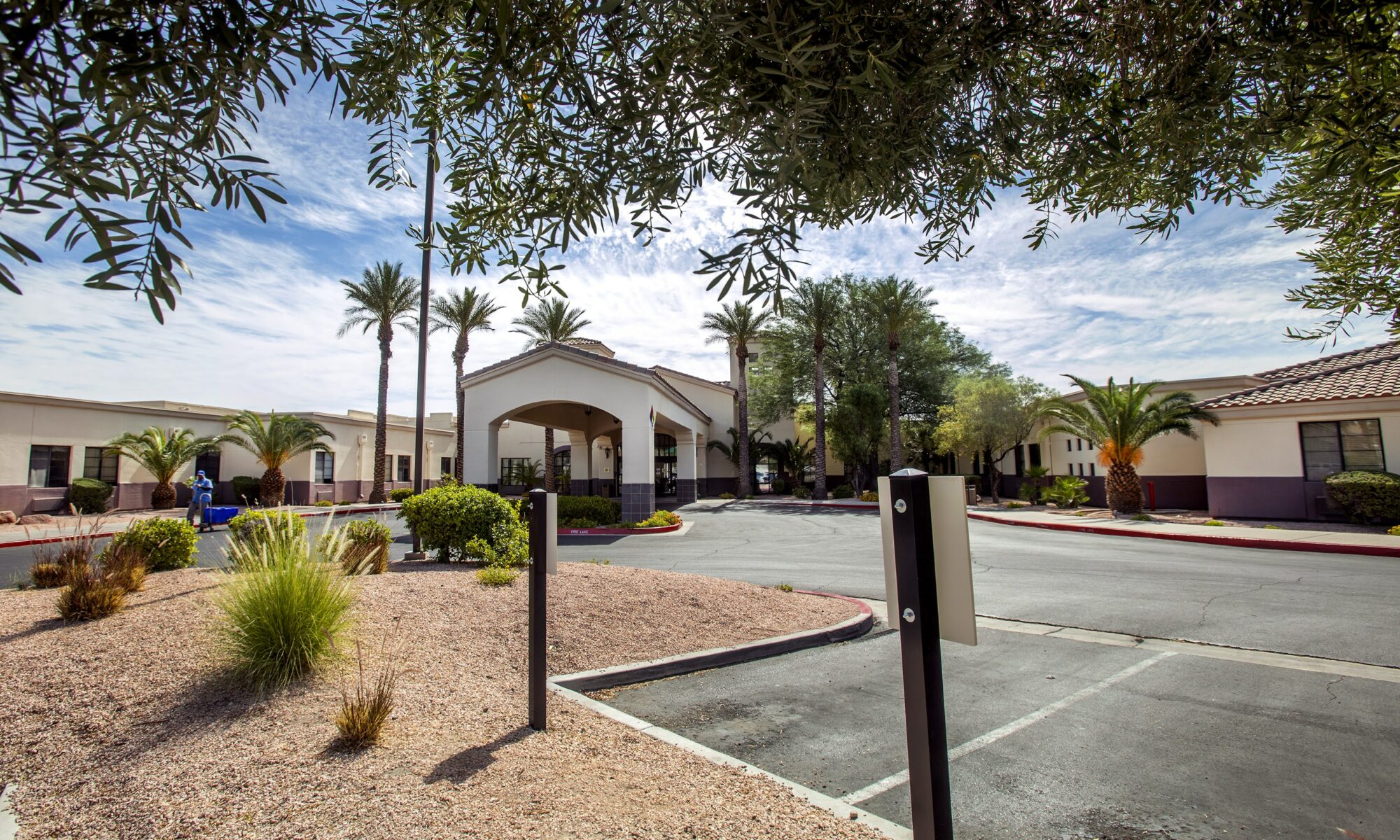 Long-term care ombudsmen are charged with protecting the rights of the elderly, sick and vulnerable residents who live in nursing homes and other long-term care facilities.

Normally, that would mean in-person visits to facilities where ombudsman staff can use their five senses to ensure that everything is as it should be: Do the residents look okay? Do they have any concerning bruises? Is there something the residents are trying to communicate non-verbally? Does the room smell okay?

But in the time of coronavirus, which has spread like wildfire through many of the nation’s nursing homes, that is no longer an option for the staff of Nevada’s Long Term Care Ombudsman Program, who were pulled out of the facilities in early March, even before many of the facilities shut their doors to visitors. Jennifer Williams-Woods, the state’s long-term care ombudsman, said she wanted to make sure that her staff wasn’t the cause of any outbreaks in those facilities.

“My staff, they love the residents and love what they do,” Williams-Woods said. “It would’ve devastated us.”

So far, more than a quarter of COVID-19 deaths and about 13 percent of cases statewide have been in congregant living facilities, most of those in skilled nursing and assisted living facilities. The data show that outbreaks of the virus in a small number of facilities have been responsible for the lion’s share of cases and deaths.

While the shift has kept residents safer, it’s made the staff’s jobs more challenging, Williams-Woods said. When they receive a complaint, the staff has to rely on phone calls, coupled with video chats, to investigate; the documents they would have asked for in person are now faxed over or emailed by the facility. Additionally, ombudsman staff might notice something awry or a resident might share something with them during a routine in-person visit to a facility.

“We might have a staff member say, ‘Hey, go check on Mrs. Smith, she’s been a little bit down. I know you guys talk all the time when you come in. Maybe she’ll tell you something. That piece is gone,” Williams-Woods said. “There’s definitely a downside to having conversations with residents on the phone. Since we’re not getting that face to face, it’s difficult to understand, is this how they typically are?”

Still, that hasn’t stopped complaints from rolling into her office. The Long Term Care Ombudsman Program has received 678 complaints from the beginning of the pandemic in early March through the end of May, according to data provided by the Department of Health and Human Services.

The largest category of complaints was about care — which includes issues related to medication, personal hygiene and accidents or falls — with 188 complaints, followed by abuse, gross neglect and exploitation, with 143 complaints, and admission, transfer, discharge and eviction, with 85 complaints. Complaints can be filed by residents, as well as family members, loved ones, concerned friends and facility staff. In the time of coronavirus, they are now typically filed via email or phone.

Williams-Woods said that her staff has been surprised to see that there haven’t been more complaints to their office from specific facilities with large identified outbreaks of COVID-19 cases. She said they haven’t determined why that is, but noted the general limited ability of her staff to communicate with residents at this time.

“I think folks were thinking we would see a huge spike in cases, but we’re not,” Williams-Woods said.

Williams-Woods said that it’s hard to tell how the number of complaints compares to those received over the same period last year because of a change last year at the federal level in how complaint codes are logged, and even if the data was apples and apples, there would still be challenges in comparing the total numbers of complaints. Complaints may be up because of the challenges associated with the pandemic, but they may also be down because of underreporting associated with ombudsman staff not being physically present in the facilities.

She also noted that underreporting of abuse is a challenge even in normal times.

“Now, it’s compounded by, they don’t see the ombudsman in the facility,” Williams-Woods said. “It could be grossly underreported at this point, even more so. It’s just hard to determine.”

Under the category of abuse, gross neglect, and exploitation, the top sub-category of concern was financial exploitation, with 53 complaints. Williams-Woods said that while she wasn’t sure why that category is particularly high now, she did note it was one of the biggest categories of complaints a decade ago in the wake of the recession.

“One of the biggest issues residents were facing is possible discharge and eviction because of financial exploitation, or the appearance of financial exploitation,” Williams-Woods said. “Adult children were facing economic hardship … but oftentimes it was the resident saying, ‘I’m helping my adult children out,’ and they’re not realizing that all of their funds have to go to their care in the facility. It can affect them being eligible for Medicaid or put them at risk for discharge.”

The next largest sub-category was physical abuse, with 33 complaints. Williams-Woods said this typically means complaints of bruises or skin tears of an unknown nature and includes both allegations of abuse by staff as well as between residents. One example Williams-Woods gave was a situation where one resident accidentally bumps into a second resident with a wheelchair.

“A human reflex would be, considering folks have cognitive issues, a slap on the hand or a tap to the shoulder,” Williams-Woods said. “That would be identified as a resident to resident, and we would put in there the aggressor.”

Within the category of admission, transfer, discharge and eviction, the top sub-category was discharge or eviction, representing 78 complaints. Williams-Woods said that those kinds of complaints could include residents who want to move somewhere else but they are unable to be transferred because of the pandemic.

“We’ve had folks that wanted to go to a smaller setting, maybe they’re in skilled nursing and not quite ready to go home yet, and maybe a group home setting would be best,” Williams-Woods said. “We’ve also had some facilities not willing to take other folks either because they want a negative COVID-19 test, and, rightly so, to protect the residents in that new facility.”

Dignity and respect was another top concern, representing 42 complaints. Williams-Woods described the category as a “huge umbrella term,” though it typically focuses on residents’ interactions with facility staff. But she said that it can be difficult for ombudsman staff to determine without actually being in the facility whether there is just a conflict between one resident and one facility staff member or if it’s a broader problem.

“That’s where we lose some of the ability to effectively advocate in some respects,” Williams-Woods said. “If we went and spoke with a resident and they said this [certified nursing assistant] is rude to me, we may walk down the hallway and ask, ‘Have you had any concerns about staff members, CNAs, nurses, etcetera?’ We would be able to elicit more of a comprehensive picture.”

The ombudsman program has also seen a small, but notable, 20 complaints about visitors, which Williams-Woods chalked up to initial confusion as nursing homes and other long term care facilities shut their doors to the outside in March.

“Most of those were in the beginning, folks not quite understanding and having the access to information on a federal level that we do,” Williams-said. “That was a little bit challenging.”

But Williams-Woods noted that not all complaints end up being substantiated through an investigation by the ombudsman program. Sometimes it can be a case of miscommunication between residents and their family members about something happening within the facility, she said. If the complaints are substantiated, the ombudsman works to resolve the issue to the resident’s satisfaction to the best of their ability.

“We want to make sure that we’re doing the best thing for the resident and we are consent driven. Even in these times, we’re respecting the residents wishes,” Williams-Woods said. “Sometimes, even in non-COVID times, [residents] feel that the family members are blowing something out of proportion and they feel everything is fine. That continues now, but it is difficult to have those conversations with family members because they can’t get into the facilities.”

Moving forward, Williams-Woods said that the biggest challenge is going to be figuring out when and how nursing homes will be able to start opening up for visitors.

“I have heard across the country — we have a weekly call with state ombudsmen — that residents are leaving against medical advice, they’re wanting to go home with their family members, they want to get the heck out, they’re fed up with everything and so are the family members,” Williams-Woods said. “We’re going to see a lot of pushback and requests for things to be opened up.”

For now, Williams-Woods is preparing for when her staff will be allowed to return to the facilities, though there is no set timeline for that yet. That decision, she said, will be based on guidance from the Centers for Medicare and Medicaid Services and the Centers for Disease Control and Prevention.

Until then, Williams-Woods is thinking about not just how to keep her staff safe but how to make sure that residents feel safe — and comfortable — with outsiders returning.

“[My staff’s] biggest concern is how are the residents going to feel with more people walking in with masks, suited up, etcetera, or fear they might have from people from the outside coming in,” Williams-Woods said. “We want to make sure we’re cognizant of that fact when we head back into facilities.”