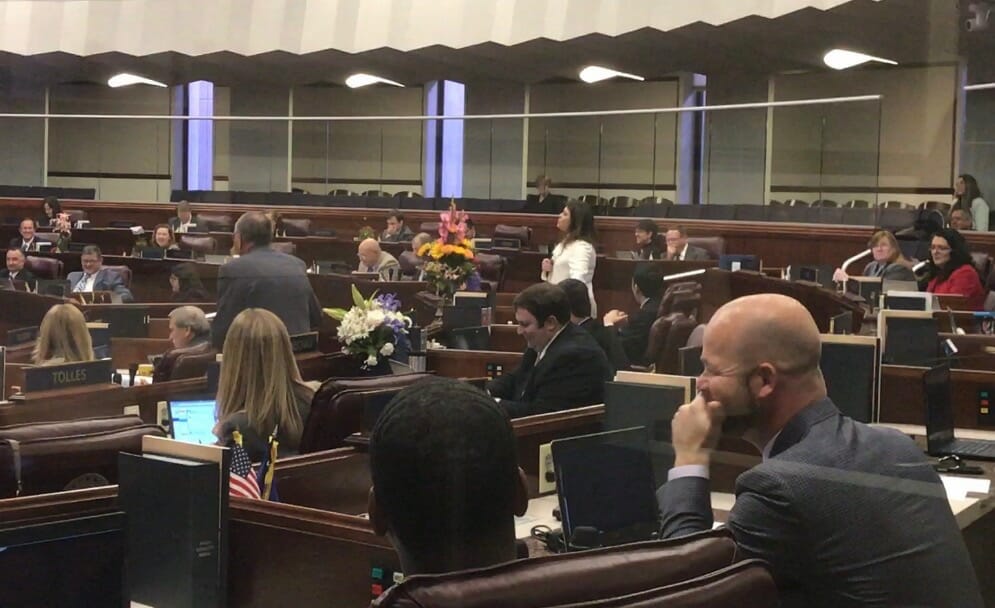 Assembly Majority Leader Teresa Benitez-Thompson has been named one of six nominees in the country for EMILY's List's Gabrielle Giffords Rising Star Award.

The award, named for the former Arizona congresswoman who was shot in the head but survived, is given by the group that supports Democratic pro-choice female candidates to a state or local elected official. Benitez-Thompson, the first Latina majority leader in Nevada history, has proven to be an indispensable ally to Speaker Jason Frierson. The Reno assemblywoman was first elected in 2010.

“Teresa is a fearless champion for women and families,” said Stephanie Schriock, president of EMILY’s List. “Her support for parental resources, quality public education, and equal rights illustrate her deep commitment to improving the overall quality of life for Nevadans.”

Other nominees for the award, which will be announced next month at the group's annual gala, include:

The national recognition should only increase speculation that Benitez-Thompson could be on the Democrats' statewide ticket in 2018.