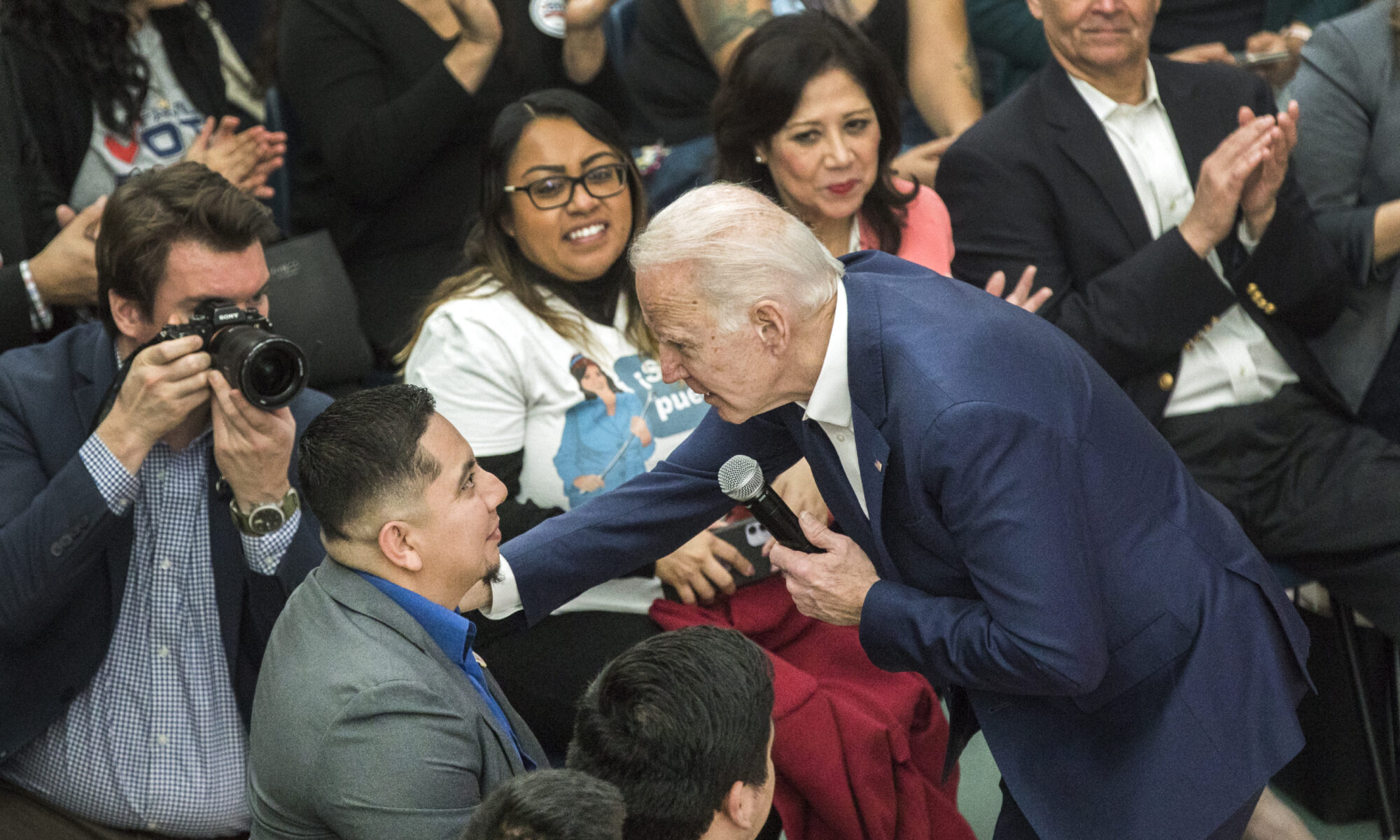 Former Vice President Joe Biden shied away from any firm commitments to pass comprehensive immigration reform in his first 100 days as president or appoint a certain number of Hispanics to his Cabinet at a Latino-focused town hall on Saturday.

Biden, asked specifically whether he would commit to having four Latinos or Latinas in his cabinet if elected president, said he wouldn’t commit to “any specific number of anybody.” He then balked at the question from Mi Familia Vota’s Executive Director Hector Sanchez Barba, who moderated the event, as “inappropriate.”

The Democratic presidential hopeful did, however, say that there would be a “significant number of Latinos in my cabinet” and that he could “guarantee” that some of his senior advisers that are part of the core staff in the White House would be Latino.

“There’s a simple reason for this. It’s a simple proposition,” Biden said. “Latinos make up 25 percent of every single solitary person in school in America. The idea that we are not going to have overwhelming representation of Latinos and Latinos in my cabinet says we’re not going to move forward as a country. You are the future of this country.”

After Biden had answered the question, Sanchez Barba reiterated that it is Mi Familia Vota’s “strong recommendation” that presidents have at least four Latinos or Latinas in their Cabinets. The former vice president again bristled.

“Don’t try to tell me a number” he said, before softening. “There may be more than four.”

“I would love to see that Mr. Vice President,” Sanchez Barba said.

Biden was also pressed at the town hall, which was attended by several hundred people at Rancho High School in Las Vegas, about the more than 3 million immigrants who were deported under the Obama administration. Sanchez Barba framed it as the one issue on which he and the former vice president “strongly disagree.”

Biden began by suggesting to Sanchez Barba that “you privately know where I was on that” but said that he wasn’t “going to give you that because I was vice president.” He went on to promise that only immigrants who have committed felonies would be deported under his administration, that he would raise the cap on the number of refugees admitted to the United States to 125,000 and put an end to family separation, among other promises.

He also balked when Sanchez Barba tried to get him to commit to getting comprehensive immigration reform passed in his first 100 days in office.

According to Biden’s campaign, the former vice president was referring to the fact that he would commit to sending a bill to Congress in the first 100 days.

“Today if I were president, I would be having the head of FEMA in Puerto Rico making an assessment of the damage done by these earthquakes, and I would be surging all the help that was needed on that island as if it happened anywhere else in the United States of America,” Biden said. “What do you think would happen if this happened at one of these golf clubs? No, I’m serious. We should treat it no differently than any other American city, any other American state.”

Biden’s visit to the high school wrapped up a two-day swing through Las Vegas and his ninth visit to the state. He is expected to return to Nevada on Feb. 16, less than a week before Nevada’s Feb. 22 Democratic presidential caucus.