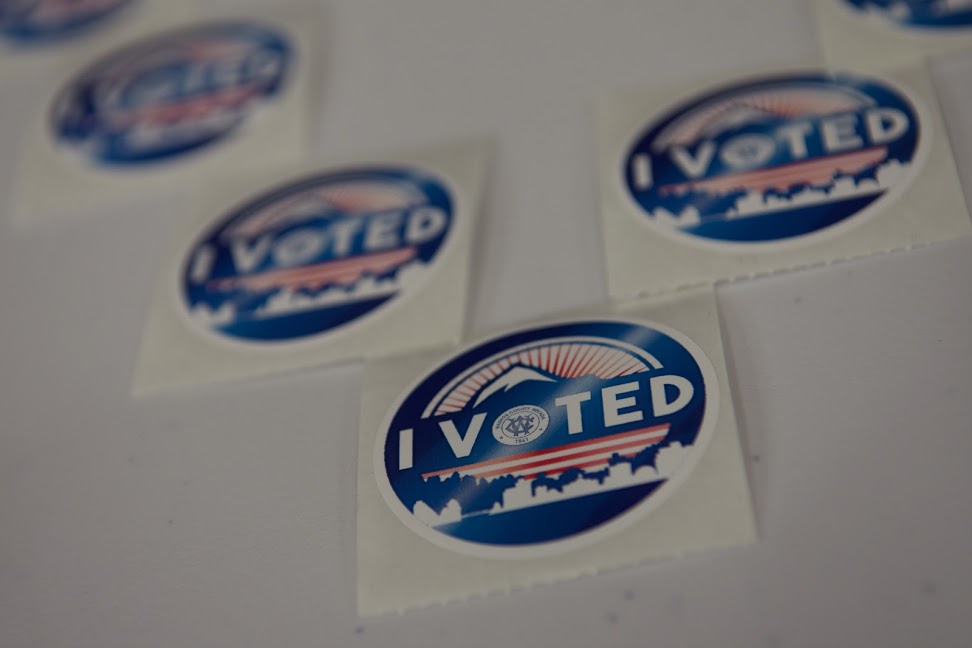 Though candidates for the presidential race and several major state races are neck and neck as of Wednesday, most local candidates have been able to relish a clear victory or hang their head in a loss.

Five candidates for commission races in Clark and Washoe counties have emerged victorious based on preliminary results, including Washoe County Commission candidate Alexis Hill, a Democrat who shifted a historically Republican seat on the board. In Reno, Sparks and Carson City, local races heavily favored incumbents.

But not all local races have been decided.

In Clark County, Democrat Ross Miller and Republican Stavros Anthony are locked in a tight race for the District C seat on the state’s most powerful local board, with Anthony, a Las Vegas city councilman, retaining only a slight lead over Miller, the former secretary of state. The Reno City Council Ward 1 race has incumbent Jenny Brekhus and real estate agent J.D. Drakulich separated by about 100 votes with no clear winner.

Here's a look at the local races across the Silver State.

William McCurdy II, chair of the Nevada State Democratic Party, handily defeated three nonpartisan opponents in Democrat-dominated District D. McCurdy has been backed financially by multiple commission incumbents during his run, including Michael Naft, who also came out on top in his election.

Naft, the highest-funded candidate for the commission this year, had more than 52 percent of the vote in District A on Wednesday morning, putting him ahead of Republican opponent Michael Thomas. A second incumbent also held a seat Tuesday, with commission Chair Marilyn Kirkpatrick defeating opponents Kevin Williams and Warren Ross Markowitz in District B.

The race is still too close to call, though, in highly competitive District C, where former Secretary of State Ross Miller and Las Vegas City Councilman Stavros Anthony have gone head to head. The two candidates have been spending heavily to take control of the district where term-limited Commissioner Larry Brown is leaving an open seat.

Republican two-term incumbent Marsha Berkbigler and Democratic challenger Alexis Hill, the former arts, culture and events manager for the City of Reno, were on similar financial footing heading into the election, but Hill captured 55 percent of the votes as of Wednesday morning in an upset that shifts the board’s partisan makeup to three Republicans and two Democrats.

Hill told The Nevada Independent that she was excited about the initial results but noted that final results will not be available until all the votes are counted.

“I want to be respectful of this voting process and the voters who cast their ballots. I’m cautiously optimistic because vote counts are still coming in, but excited to get to work for this county,” Hill said. “My message to the voters, I think, resonated with the voters, which was to bring this region together to solve its most pressing issues.”

“I’d just like to thank my supporters. I’ve been truly blessed by the community and I look forward to serving this community over the next four years,” Hartung said. “We’ve made great strides and there’s still more to do — onwards and upwards.”

Devon Reese, the city’s newest councilman, prevailed against businessman and perennial candidate Eddie Lorton in the city’s most vitriolic and highest spending race — the contest for the at-large position on the Reno City Council that represents the entire city.

Reese holds 55 percent of the votes as of Wednesday morning.

Delgado outstripped Leon in both fundraising and spending during the run-up to the election and will be representing Ward 3 for the next four years.

"I always appreciate campaign season and the opportunity to discuss my record with the residents of Ward 3,” Delgado said via text message. “This campaign season presented some challenges because of COVID, but I’m honored that at the end of the day the voters chose me to represent them for four more years on the Council. I’m excited to get back to work for the people of Reno."

Incumbent Neoma Jardon bested challenger Darla Fink for the Ward 5 seat on the Reno City Council with 54 percent of the vote. The two-term councilwoman will serve her third and final term focused on prioritizing housing, homelessness and public safety.

The race is still too close to call in the hotly contested Reno City Council Ward 1 race where incumbent Jenny Brekhus was only leading real estate agent J.D. Drakulich by 104 votes as of Wednesday morning.

Both well-funded incumbents in the race for Sparks City Council maintained their seats over challengers that tried to paint them as disconnected to their respective wards.

Ward 1 Incumbent Donald Abbott defeated Wendy Stolyarov, a political activist and the owner of a public relations company that serves labor union clients, by just over 650 votes as of Wednesday to secure his second term. Abbott and Stolyarov both tried to establish themselves as the on-the-ground candidate best connected to the community. Abbott and Stolyarov were active fundraisers and spenders during the cycle, but Abbott dominated throughout in cash on hand.

Abbott, who was the youngest member to ever serve on the council when he won the seat at 26, attributed his win to his campaign volunteers, investment in social media advertising and accessibility to voters.

"I know my ward, and I would even argue my whole city like the back of my hand … I try to be accessible to people and I think that shows," Abbott said. "There's a lot of cool stuff we got done in the last four [years], and I'm excited for another four and to see all the good work we can get done and help out the people of Sparks."

After being appointed to the Ward 3 seat in 2018, Paul Anderson, an account executive with Pilot Thomas Logistics, won his first election over University of Nevada, Reno staff member Quentin Smith with 57 percent of the vote. Though Smith made ground in fundraising as Election Day neared, Anderson held on to his large advantage in cash on hand throughout the race.

Anderson said he is excited to continue his work on the council. He said his first priority during his four-year term will be making sure the city goes in the "right direction" amid the fallout from the pandemic.

"This is gonna be a tough few years ahead of us because I truly believe the effects of COVID are going to be with us for a while," he said in an interview with The Nevada Independent. "One of my biggest concerns is that we're looking at making decisions to run our community well with limited funds. The budget shortfalls are going to continue for time to come."

Carson City Board of Supervisors

After unsuccessfully running for the Ward 2 Supervisor seat in 2012 and 2016, the third time was the charm for Maurice "Mo" White. He captured 58 percent of the vote as of Wednesday, defeating longtime Carson City School Board Trustee Stacie Wilke-McCulloch, who also ran unsuccessfully for the seat in 2012.

White greatly out-raised and out-spent Wilke-McCulloch and campaigned as an outsider candidate who, as a retired diesel mechanic, would offer a different perspective than Wilke-McCulloch and existing supervisors who largely have administrative backgrounds.

"This is something I've been working on for a very long time and it's gratifying and humbling that the people of Carson City have chosen me," White said in an interview. "[The voters] recognize the shift that needs to be made on the Board of Supervisors. My experience and my background is going to add a substantially more diverse approach to how the board of supervisors governs Carson City."

For up-to-date elections results, head over to The Nevada Independent’s 2020 Election Results page.