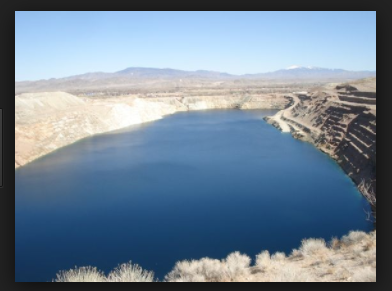 This week, The Nevada Independent’s Riley Snyder revealed that Leo Drozdoff, a former state agency head, is serving both as a part-time utility regulator and a mining lobbyist in Carson City.

The arrangement appears to be perfectly legal, even though the Public Utilities Commission occasionally interacts with mining companies and even though Drozdoff, who headed the Department of Conservation and Natural Resources until last September, used to regulate issues that could affect mining.

A couple of obvious questions are raised by this story, regardless of whether it is legal:

First, is it a conflict of interest for Drozdoff to represent mining lobbyists and be a so-called acting PUC member -- that is, one who serves when a regular board member cannot?

Second, is his representation of mining a violation of the state’s cooling-off law?

Conflicts in the Legislative Building are like conspiracy theories at a Bundy ranch reunion -- they are everywhere. Part-time lawmakers, be they teachers or lawyers, have inherent conflicts. Lobbyists with many clients inevitably have internecine conflicts. So where does Drozdoff’s fit in the spectrum?

It’s less tenuous than some, more than others.

Mining companies do not, as Snyder reported, interact regularly with the PUC. It’s not like NV Energy or a solar company.

But there are cases, especially in the brave new world of deregulation. Major mining companies want to exit the regulated monopoly and need PUC approval to do so.

Drozdoff’s clients, Comstock and Albemarle, may not be as likely as Barrick to want to do so. But in his public capacity as a commissioner, Drozdoff theoretically would have access to inside regulatory information that could be valuable to his clients. His reputation as an agency head was impeccable, but the dual roles cannot be comfortable for him.

So what about the cooling off?

The law  says an agency head “shall not solicit or accept employment” from a business he or she once regulated if:

(a) The former public officer’s or employee’s principal duties included the formulation of policy contained in the regulations governing the business or industry;

It’s hard not to argue that parts or all of the cooling-off law might apply to Drozdoff,  whose duties included a wide swath of regulations and oversight. These two paragraphs from Snyder’s piece are most relevant here:

The state’s Division of Environmental Protection does oversee the Bureau of Mining Regulation and Protection, the agency charged with ensuring “that Nevada’s waters are not degraded by mining operations and that the lands disturbed by mining operations are reclaimed to safe and stable conditions to ensure a productive post-mining land use.” The agency did oversee at least one case involving Comstock.

Drozdoff said that outside of one informational group session involving Comstock several years ago, he hadn’t dealt with either company while in his capacity as agency director. He said he received affirmative legal advice and double-checked the law before registering as a lobbyist.

On its face, if you were head of a department that houses the division that regulates mining, you probably should wait a year to go to work for mining companies, even if you think you can abide by the letter of the cooling-off law.

But there’s more, too: Albemarle is a lithium mining company, which involves extraction of water, certainly a process that could come under Drozdoff’s purview when he was an agency head.

Drozdoff said he obtained legal advice that says everything he is doing is kosher. And he may be right.

But that leaves us with another obvious question: Should it be?