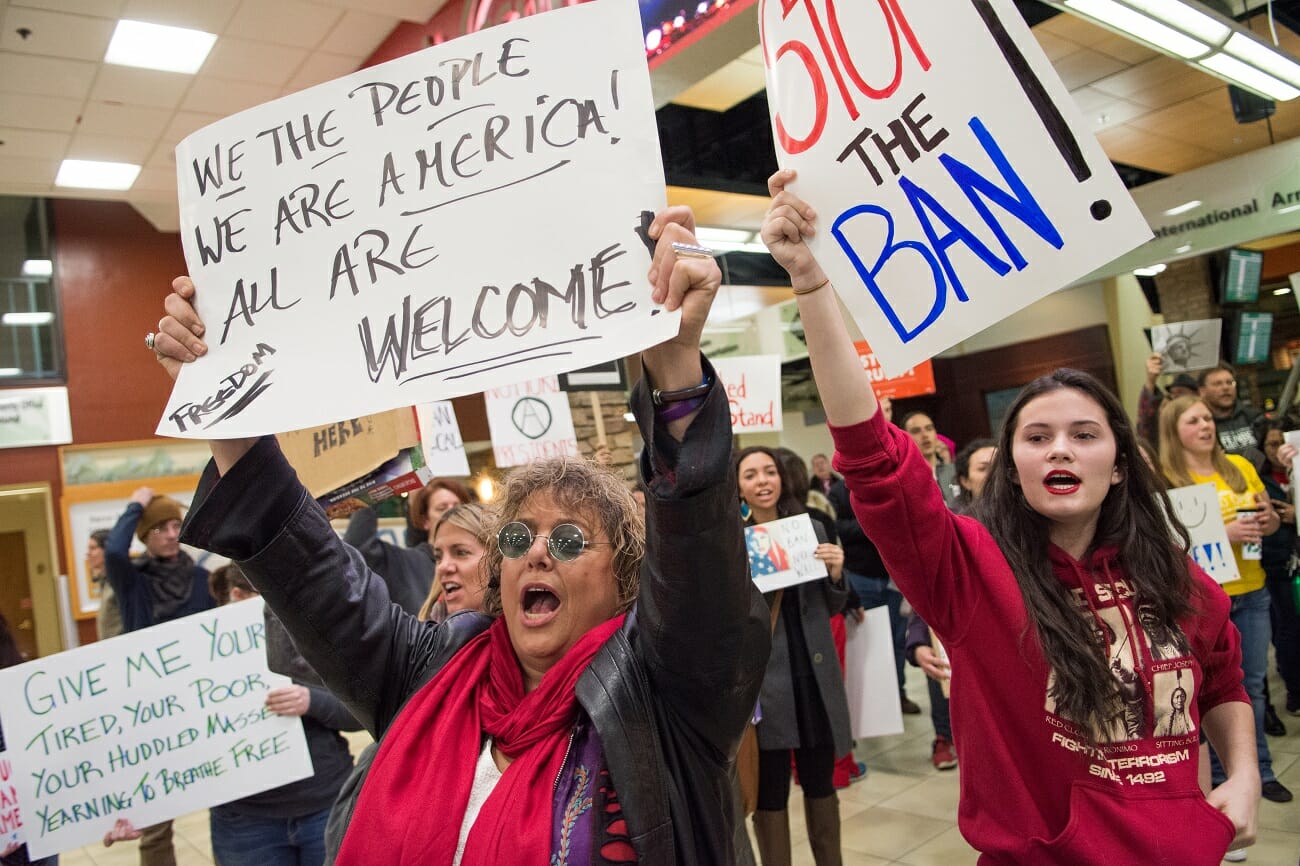 The protest echoed others around the country as hundreds of immigrants, including an Iranian couple from Henderson, were detained after the order was signed late Friday. A federal judge issued a nationwide stay of the order around 6 p.m. on Saturday.

Though no immigrants were detained by federal officials in Nevada due to a lack of direct flights between the state and the countries listed on Trump’s order, protesters such as 16-year-old Isabella Noonen said they were impressed by how social media and word-of-mouth helped the protest come together.

“I was surprised to see so many people turn up, considering it was organized an hour beforehand,” she said. “I was glad we were able to come together and basically spread this message of solidarity with all the other protests going on across the country right now.”

Airport passenger reactions were mixed — several booed at the protesters, while others gave thumbs ups or joined in temporarily while waiting for their flights. Individual protestors waved signs and sang songs for about an hour.

A similar planned protest at McCarran International Airport was called off Saturday after the stay was announced and protesters failed to obtain a permit.

“It behooves all of us activists to stay together,” she said. “And so we really gathered up and are joining forces.”

“I think many of us who saw Trump’s presidency coming understood that it was going to be bad, but we didn’t understand how quickly, how fast the executive orders would come flying out.”