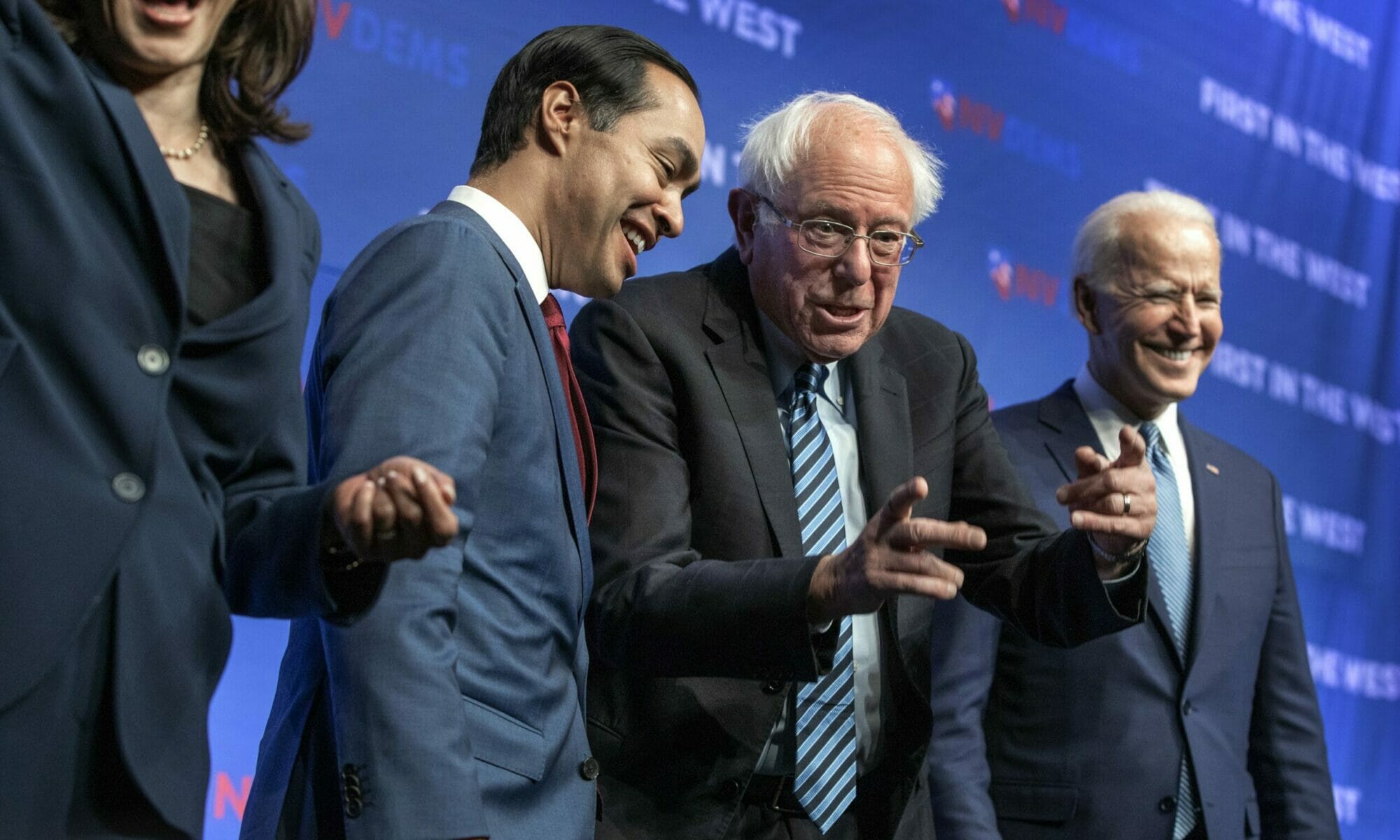 But when your campaign comes to Las Vegas, those reports suddenly get a lot more interesting.

Democratic presidential hopefuls have spent more than $2.1 million in the Silver State since the beginning of the year, according to a review of campaign finance reports covering the first nine months of the year filed with the Federal Election Commission. Among that spending? Tens of thousands of dollars in hotel nights on the Las Vegas Strip and event catering by some of the city’s most loved restaurants.

The candidates have also shelled out thousands of dollars on event rental spaces, permits and security to local government entities, including the cities of Henderson, Las Vegas and North Las Vegas and the Clark and Washoe school districts. (Those sums are, however, unlikely to solve any funding woes.)

Another major beneficiary of campaign spending in the Silver State is the Nevada State Democratic Party, which has taken in nearly $500,000 from Democratic presidential hopefuls in voter file access and event tickets or sponsorships. Those funds will go toward helping the party run Nevada’s Feb. 22 first-in-the-West caucus.

Read below for some of the highlights of where candidates are choosing to spend their hard-earned campaign cash in Nevada.

Democratic presidential hopefuls have, collectively, spent the most on lodging at the Vdara, owned by MGM Resorts and tucked behind the Bellagio and across the street from the Aria. Former Vice President Joe Biden has spent the most there by far, about $14,400, though California Sen. Kamala Harris, billionaire Tom Steyer and South Bend Mayor Pete Buttigieg also each dropped significant cash on lodging and travel there.

Another top grossing property was the SLS, which was recently renamed the Sahara. That was mostly thanks to Harris, who spent $17,200 there, while Massachusetts Sen. Elizabeth Warren and Vermont Sen. Bernie Sanders each spent a couple hundred dollars there.

Spending patterns also hint at how the campaigns’ financial constraints of lack thereof may play into decisions about where to stay in Las Vegas.

Steyer, who has pumped at least $47 million of his own money into his campaign, spent $3,000 at the Aria, one of the newer hotels on the Strip with its glossy curved towers and modern interior decor and another MGM property, in the month of September while former Housing and Urban Development Secretary Julián Castro, who has struggled to raise money, spent $2,400 between January and September at the Flamingo, which opened in 1946.

But not all campaigns are spending their entire hotel budgets on the Strip. Sanders spent $7,100 at the Skyline Hotel and Casino on Boulder Highway in Henderson in March. Other campaigns spent smaller amounts of cash at Downtown Las Vegas hotels, including the Downtown Grand, Golden Nugget and the Plaza.

In the north, the Grand Sierra Resort was the most popular hotel for campaigns. Steyer by far outspent his fellow Democratic presidential hopefuls, dropping $10,100 on stays there at the end of September.

Totals spent on lodging can include stays by candidates or their staff. Most of the following amounts were described specifically as “lodging,” though some were described generically as “travel,” which could include non-lodging related expenses.

Off the Strip and Downtown Las Vegas:

Fundraisers, debate watch parties and other campaign events are all fine and well on their own. But there’s one surefire way to get people to show up to your events — and that’s food.

To that end, campaigns have learned on some of the most popular restaurants in Las Vegas to cater or host events around town.

Other campaign spending on food and beverage was less flashy but no less classically Las Vegas. Both Booker and Williamson leaned on the Culinary Academy of Las Vegas, a training school for hospitality workers, for food, beverage and catering for their campaigns.

Here’s a sampling of some of the more interesting food and catering purchases made by campaigns.

As they travel through town, candidates often host events at local schools, community centers and parks. But doing so doesn’t come free — or cheap. Sanders, for instance, paid the Clark County Parks and Recreation Department nearly $10,000 on event, sound and staging costs in September, when he hosted a rally at the Cambridge Recreation Center.

Other times, candidates have paid to host events at private facilities, such as at the Gay and Lesbian Community Center of Southern Nevada or First Friday in Las Vegas’s Arts District.

Here’s a look at where some of those events have been and how much it cost the candidates.

Another significant expense for campaigns over the last nine months has been access to the Nevada State Democratic Party’s voter file. Four campaigns have paid the party $100,000 for access to the file, according to FEC reports, while others have made smaller payments toward the full cost of the voter file.

Other expenses include contributions to local organizations, such as Hispanics in Politics and Battle Born Progress, to attend or sponsor events and sign language interpretation services.

Here’s a look at some of those miscellaneous expenses.