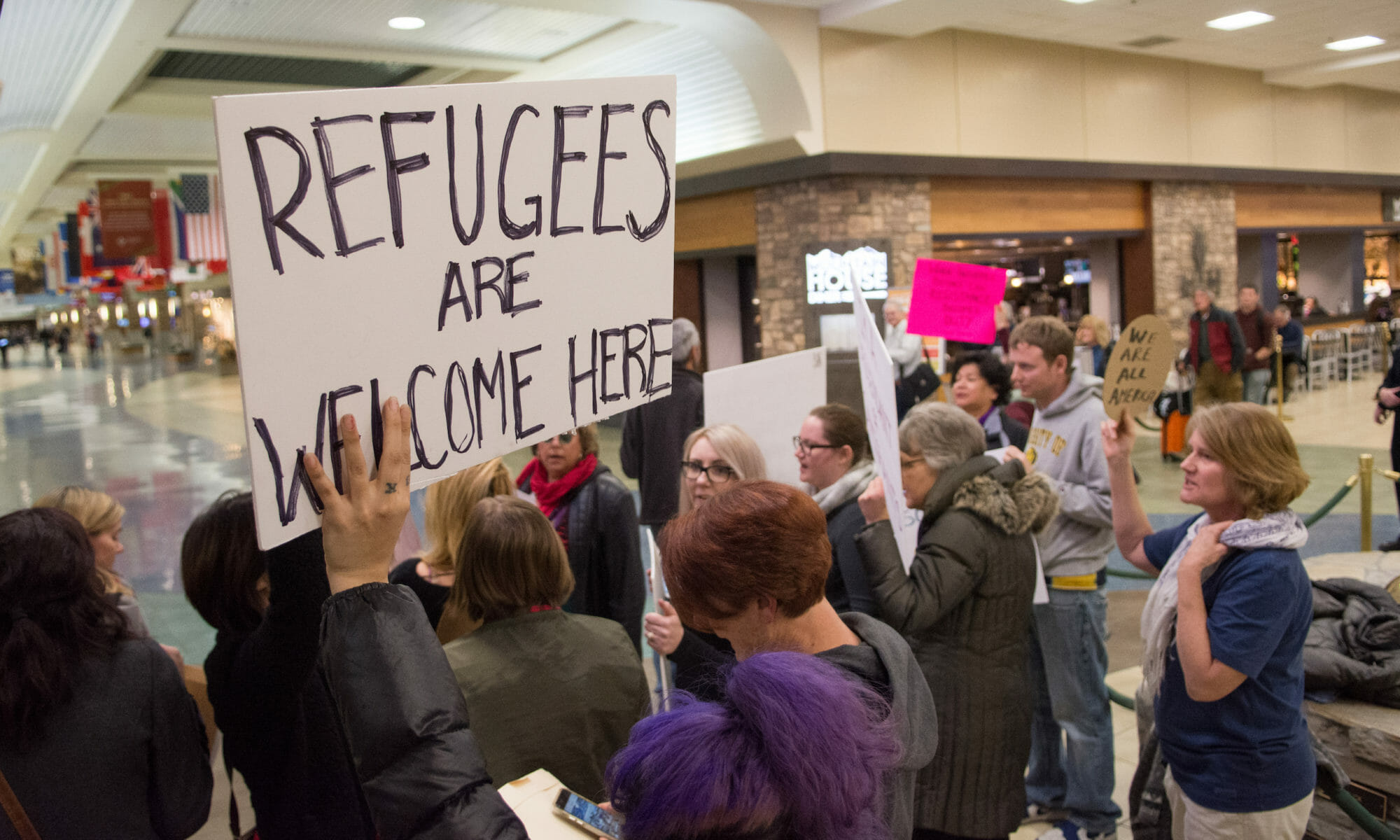 Refugee resettlement agencies in Nevada are grappling with what comes next in the wake of President Donald Trump’s executive order on Friday, which blocks all refugees from entering the country for the next 120 days and bars Syrian refugees indefinitely.

Catholic Charities of Southern Nevada, the largest of the three resettlement agencies in Nevada, had nine groups of refugees slated to arrive this week and next. They received cancellation notices today for four of those, including three from Iraq and Iran, said Carisa Lopez-Ramirez, the group’s vice president of immigration and migration services.

“There were certainly some notifications about it but no one really knew what would be in the final draft or the final executive order,” Lopez-Ramirez said.

She said a small family from Iran arrived in Las Vegas on Friday morning, the last group her organization received before Trump issued his executive order later that afternoon. No groups were scheduled to arrive over the weekend in Las Vegas, she said.

Lopez-Ramirez said they’re proceeding as “business as usual,” continuing to prepare for the five other arrivals while waiting for guidance from their parent organization, the United States Conference of Catholic Bishops. None of those five cases come from the Muslim-majority countries from which Trump’s executive suspended all immigration.

Catholic Charities is responsible for receiving refugees upon arrival in Las Vegas, setting them up in an apartment and helping them transition into life in the United States. The organization provides English language programs that refugees can attend and helps adults secure employment.

“At this time we’re probably asking the same questions as everyone and waiting anxiously in speaking with our federal partners to learn a little bit more on their end,” Lopez-Ramirez said. “Until we hear otherwise our commitment remains the same in assisting our refugees here and those seeking to come here.”

The Northern Nevada International Center, another refugee resettlement operation in Reno, had four cases in the pipeline when the executive order was issued, the organization’s executive director, Carina Black, said Monday.

One of those is an Afghani national slated to arrive on Feb. 8 in Reno on a so-called Special Immigrant Visa, given to Iraqi and Afghan translators who worked with the U.S. military. Black said that she didn’t know at this point whether he would be allowed to enter the United States.

“I think that is one of the programs that’s going to be getting a lot of pushback from constituents who really understand the service those people provided to our government and our serviceman,” Black said. “So while perhaps the executive order blanketly excluded so many different classes, I don’t think they truly understood what they were doing.”

Black said the other three cases are Syrian refugee families who are indefinitely barred from entering the United States under Trump’s executive order.

In the meantime, Black said that her plan is to continue providing services to the 62 refugees her organization has settled in Reno while educating the community about the refugee-vetting process and what it means to be a refugee.

“I want to make it real for people the decisions that refugees make when they leave their homes, leave everything behind and decide to enter into this unknown avenue of becoming a refugee,” Black said. “I just think that for those people who use this as a last chance to become safe, I would love for Americans to have a better sense of what that really means.”

She noted that her organization started accepting refugees around the time of the November 2015 attacks in Paris, where terrorists armed with assault rifles and bombs killed 130 people and wounded hundreds more. The attacks ticked off significant international discussion over Syrian refugee resettlement.

“We’re still just starting, so it’s kind of weird timing for us,” Black said. “We’ve had weird timing all along.”

Confusion has plagued Trump’s executive order since it was signed at 4:42 p.m. Eastern Time on Friday, sparking waves of protests across the country and setting off a firestorm of debates on both sides of the aisle. Visitors, green-card holders and refugees from around the world arriving at U.S. airports were held for questioning, detained or deported.

The Department of Homeland Security said Sunday morning that it would continue to enforce the president’s executive order while also complying with orders from federal judges blocking portions of Trump’s order. The White House also said Sunday the ban would not apply to green-card holders, also known as legal permanent residents.

Trump fired acting United States Attorney General Sally Yates on Monday after she ordered the Justice Department not to defend Trump’s executive order. She was replaced by United States attorney for the Eastern District of Virginia Dana Boente.