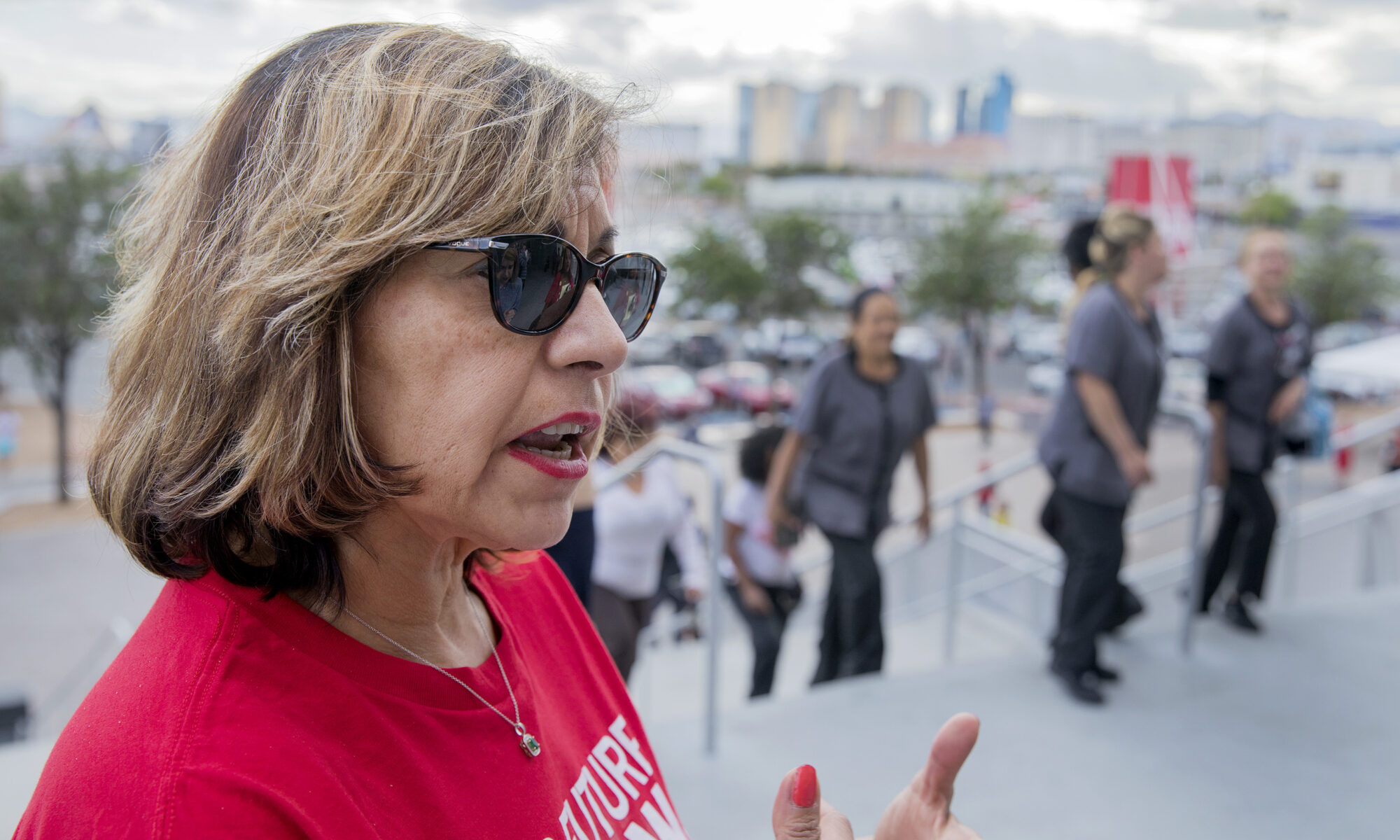 Gov. Steve Sisolak announced Monday he appointed Geoconda Argüello-Kline, secretary-treasurer of the Culinary Union, to the Las Vegas Stadium Authority Board of Directors after the Clark County Commission chose another candidate instead of her last month.

The announcement came after the Clark County Commission’s controversial decision to re-appoint Laborers Union Secretary Tommy White to the board on Dec. 17. Both of Nevada’s sitting senators had endorsed Argüello-Kline for the position, and Argüello-Kline described White’s appointment as a missed opportunity for the board, which at the time only included one woman and one person of color.

“We deserve better representation on the Stadium Authority Board. The Clark County Commission let Nevadans down today with their refusal to appoint to the board a qualified candidate who understands hospitality jobs and workforce development,” Argüello-Kline said in a statement released by the Culinary Union after the commission vote.

Commissioners said they chose White, who previously held the seat, because he would bring “consistency” to the board that oversees the under-construction Allegiant Stadium for the Raiders.

There was no mention of the county commissioners’ decision from a couple of weeks ago or Argüello-Kline’s previous nomination for the board in Sisloak’s press release on the appointments. He also noted he was reappointing Steve Hill, the former director of the Governor’s Office of Economic Development and current chair of the stadium authority, to the board.

“I’m pleased to reappoint Steve Hill as Chair and appoint Geoconda Argüello-Kline to the Stadium Authority,” Sisolak said. “I’m confident that Steve’s steady leadership and expertise, combined with Geo’s deep understanding of Nevada’s service industry and experience in workforce development, will create necessary continuity and dynamic representation on this Board.”

Argüello-Kline will join the nine-seat board after more than 30 years in Las Vegas’ hospitality industry and is replacing former Station Casinos executive Scott Nielson. Terms last four years, and members of the board are appointed by the governor, county commissioners, UNLV and the stadium authority board.