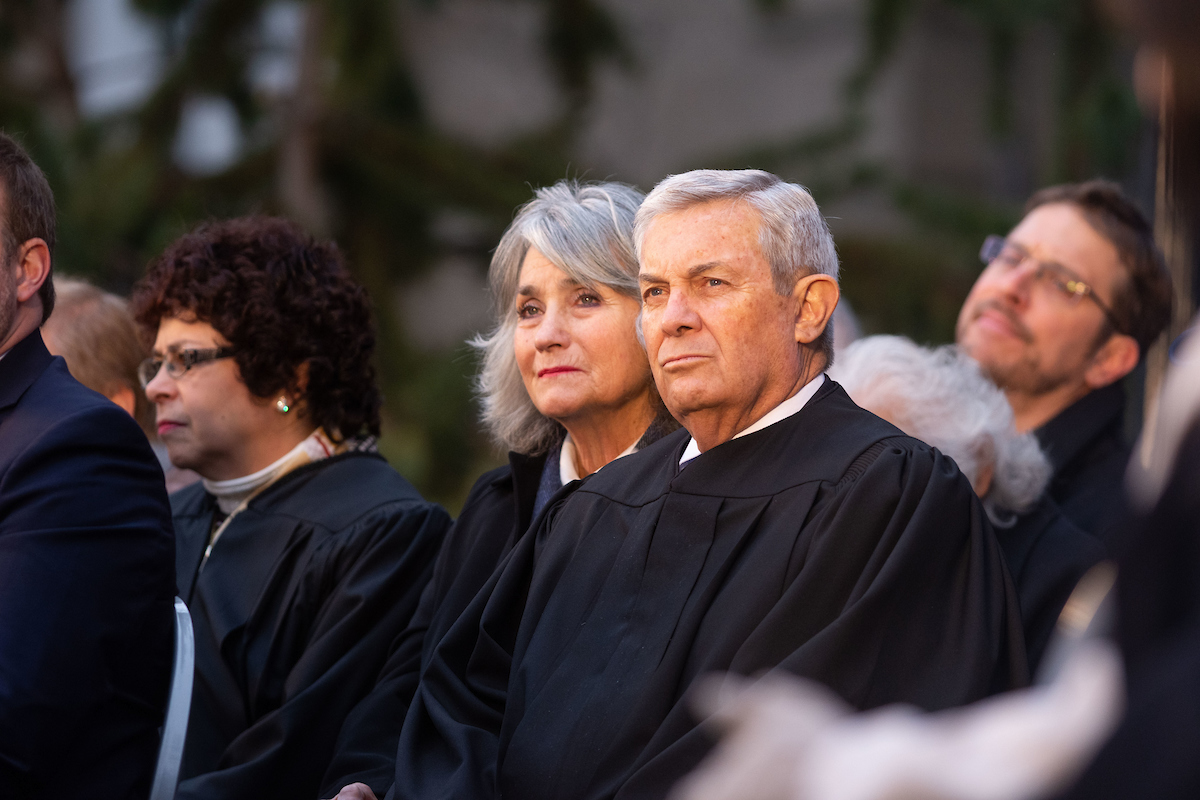 State Supreme Court Justice James Hardesty is withdrawing his bid to become the Nevada System of Higher Education Chancellor amid unanswered questions as to whether an elected sitting judge can legally take the position.

Attorneys for Hardesty filed paperwork with the Nevada Supreme Court on Thursday formally withdrawing a petition for legal clarity as to whether Nevada’s Constitution prohibits sitting Supreme Court justices from being eligible for another office during the term in which they are elected.

Hardesty confirmed in a text message that he was withdrawing his bid to become chancellor.

Chancellor Thom Reilly’s contract expires at the end of 2020, and he informed the Board of Regents in July 2019 that he did not plan to seek a contract extension.

Though applicants are confidential until the board announces finalists, Hardesty’s interest in the position became public through court documents filed in March by his attorney and an attorney for the higher education system, asking the state’s highest court to weigh in on the constitutional issue and whether the Chancellor position was an “office” that sitting justices would be constitutionally prohibited from joining.

Hardesty was elected to a six-year term on the Nevada Supreme Court during the 2016 election, and his term will expire in January 2023.

But the state’s highest court (minus Hardesty, who recused himself from the case) never weighed in on the case. NSHE attorney Joseph Reynolds asked the court to issue a decision by May 19, saying that the higher education system’s search committee for a new chancellor planned to conduct virtual interviews of finalists by that date.

In addition to the constitutional language, attorneys for Hardesty and the higher education system also argued that a nonbinding 2002 legal opinion from the state attorney general’s office incorrectly held that a justice could not hold another office in state government, even after resigning the judicial seat.

Attorney General Aaron Ford’s office defended that opinion before the court, writing in a briefing that resigning from office would not “end” a justice’s term and make them eligible for another state office.

The higher education system’s search committee is expected to discuss finalists for the position during a public meeting on June 17, with the full Board of Regents voting on a new permanent chancellor the next day.

Correction: This story has been updated at 4:38 p.m. on Friday, May 22 to reflect that NSHE Chancellor Thom Reilly’s contract expires at the end of 2020, not in August.