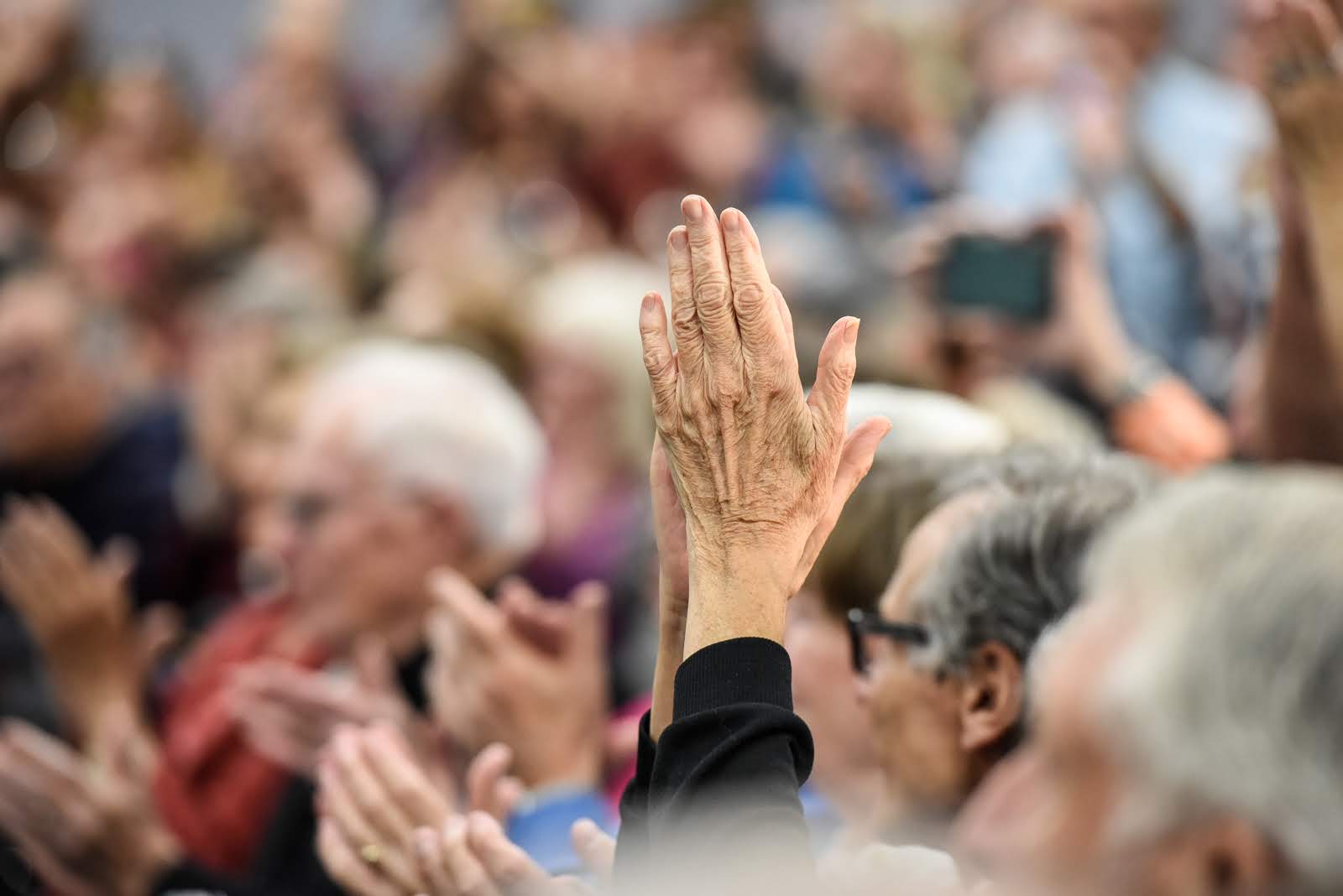 Good morning, and welcome to Indy 2020, a biweekly newsletter focused on the 2020 presidential election in Nevada. A reminder that email subscribers get early access to this newsletter, so be sure to subscribe and tell your friends. It’ll be peachy.

Today’s newsletter is brought to you by the number 3.

There are lots of things I love about the number 3, personally. It’s the first odd prime number. There were three musketeers. We live on the third planet from the Sun. Time is divided into three parts: past, present and future. Lithium — which is mined in Nevada, much to the chagrin of the buckwheat — is the third element on the periodic table. Three is a symbolic number in many world religions. Triangles are awesome. And — most relevantly in the context of this newsletter —Nevada is the third state to vote in the presidential selection process.

Counting to three is apparently Really Hard for some people, though, who just want to skip straight to the number 4. (I get it, I prefer even numbers too, but you can’t just cancel numbers!) Nevada has now twice in the span of two days been neglected by national polls sampling early voting states. A CBS News/YouGov poll released Sunday included Nevada in its national sample but didn’t break out results as it did for Iowa (which votes first), New Hampshire (second) and South Carolina (fourth!) Then, Monday morning, a Firehouse Strategies/Optimus poll did the same thing, talking to 548 voters in Iowa, 610 in New Hampshire and 607 in South Carolina.

I don’t know what to say! Watch the video of the Count I linked above. (Or Feist, who knows that you have to count one, two, three penguins that went by the door, or one, two, three chickens just back from the shore before you can count four.) And keep an eye out for our upcoming presidential candidate survey from pollster Mark Mellman, who knows this state well.

As always, a reminder to reach out to me with any tips, story ideas, comments, suggestions, and your favorite number (the only correct answer is 3) at megan@thenvindy.com. (Just kidding, mine is 24.)

Without further ado, a download of the recent 2020 happenings in Nevada.

WHAT THE INDY IS WATCHING

Biden makes Nevada ad reservations: Former Vice President Joe Biden’s campaign began reserving pre-caucus ad time in Nevada last week after announcing a $6 million investment in broadcast and digital ads in the four early states. So far, KTNV is the only station in Las Vegas — the state’s biggest market — to have filed paperwork with the Federal Communications Commission, showing a $14,275 buy between Feb. 3 and 21. But the report doesn’t list market share, which would reveal the total market buy.

Biden’s campaign declined to comment on the size of the Nevada buy.

This news comes on the heels of Massachusetts Sen. Elizabeth Warren’s $1.2 million pre-caucus ad reservation in Nevada, which I reported in the last edition of this newsletter. That buy included a $864,000 spend in the Las Vegas market.

To do some quick back-of-napkin math, 15 percent of Warren’s Las Vegas reservation, or $129,000, went to KTNV. So if Biden’s KTNV buy of $14,275 is also 15 percent, that would make his total Las Vegas buy about $95,167. Huge caveats here — KTNV may not have posted all their ad reservation docs (I reached out to them but haven’t heard back), we don’t know what share of the market that KTNV buy represents, etc. But so far what has posted is a lot less than what we’ve seen come through for Warren.

Nevada stations airing Trump ads: At least eight local Nevada television stations have been running ads from President Donald Trump’s re-election campaign. Cable networks have rejected some of those ads, citing inaccuracies in their claims about Biden’s role in the ousting of a Ukranian prosecutor and attacks on journalists. (Here are a few of the ads and a fact check from PolitiFact of one of them.)

The ads appear to total a little less than $350,000 statewide, according to reports filed with the FCC by KTNV, KVVU, KVCW and KLAS in Las Vegas and KOLO, KRNV, KRXI and KTVN in Reno.

Our new endorsement tracker: It exists! We tried to develop a scale that would help folks make sense of what otherwise could be a very long and daunting list of names. Check it out.

Reid on Warren: Former Senate Democratic Leader Harry Reid tells CNN’s David Axelrod to “just wait” on Warren and Medicare-for-all. “I think you give her some time. I think that she’s not in love with that.  I think she — you will wait and see how that all turns out,” he said. The Massachusetts senator doesn’t appear to have been asked about Reid’s remarks yet, and her campaign told me they don’t have any comment.

The gun safety forum: It’s been almost two weeks now since the top 10 Democratic presidential hopefuls flocked to Las Vegas to make their pitches on gun safety one day after the two year anniversary of the Las Vegas shooting. I’m not going to rehash all of it here, but if you didn’t, you should check out our coverage of the forum, the other stops candidates made while in town, and Biden going in on Trump post-forum in Reno.

Other coverage from the marathon day of visits: Former Housing and Urban Development Secretary Julian Castro weighed in on a proposed homeless ordinance at a protest outside Las Vegas City Hall on the day of the forum, while Vermont Sen. Bernie Sanders had a heart attack the night before the forum and was unable to participate, staying several days for treatment at Desert Springs Hospital here in Las Vegas.

Nevada Democrats announce early voting sites for the caucus: Democrats in the Silver State will for the first time be able to cast their votes early at more than 70 sites during a four-day period before the caucus. The state Democratic party announced where those sites would be last week, and they include the headquarters of the politically powerful Culinary Union, which hasn’t yet decided if it’s going to endorse before the caucus.

Warren dances down 4th Street at Pride: The Massachusetts senator marched, waved, danced and took selfies with people for about a half hour on Friday night during the annual Pride Parade in Downtown Las Vegas. I wrote about it here. (Other campaigns sent surrogates, which I detail later in this newsletter.)

We also got some questions after the event about the fact that the Green Valley High School marching band was part of Warren’s crowd of about 400 marching in the parade. I confirmed with the campaign that the marching band — which has previously performed at presidential inaugurations — volunteered for the event. Green Valley High School Principal Kent Roberts told me that the band’s participation was aimed at giving the kids performing experience and isn’t an endorsement of any candidate. He noted that South Bend Mayor Pete Buttigieg’s campaign had also asked the band to march with them, but Warren’s campaign had already asked.

“My thing would be — regardless of what any person’s political views are that sit in my chair — it’s about having political candidates come in and speak to kids,” Roberts told me. “Our job is to make kids aware of history and politics and how the system works and what their rights are their responsibilities are.”

Biden sends letter to Station Casinos: Other presidential candidates have weighed in on the ongoing feud between the Culinary Union and Station Casinos, but Biden is the only one to have sent a letter to CEO Frank Fertitta about it. More on that from me here.

Castro and Sanders come out against Desert National Wildlife Refuge: Castro, in an op-ed last week, said that a proposed military expansion into the Desert National Wildlife Refuge north of Las Vegas “will have devastating consequences for the refuge — for the people who call it a sacred landscape and for the wildlife it protects.” Sanders, in a statement on Monday, said the federal government is “breaking solemn promises and disregarding the sovereign rights of Native communities.” The two join Warren, New Jersey Sen. Cory Booker and Buttigieg in coming out against the proposed expansion, which would would remove nearly 300,000 acres from the largest wildlife refuge in the contiguous United States.

Harris weighs in on white supremacy at UNR: Following a report by the Las Vegas Review-Journal that a white supremacist group had posted flyers at UNR and Truckee Meadows Community College, California Sen. Kamala Harris signed an online petition calling on UNR President Marc Johnson to take “to respond decisively and assertively” to the “white supremacist, anti-Semitic, sexist, and anti-LGBTQ messages that have been posted, painted, carved, or otherwise displayed in dorms, classrooms, campus buildings, and online.”

“No one who is the subject of hate should ever be made to fight alone. That’s why I’m joining the call for UNR officials to take action,” Harris said in a statement. “UNR students, and students across the country, deserve nothing less than a safe, supportive environment to learn and realize their full potential.”

Local Republicans push back on impeachment: Several dozen pro-Trump protesters gathered at the Las Vegas-area district office of Democratic Rep. Susie Lee on Thursday in an attempt to pressure the freshman congresswoman over her position on presidential impeachment, my colleague Jacob Solis reports.