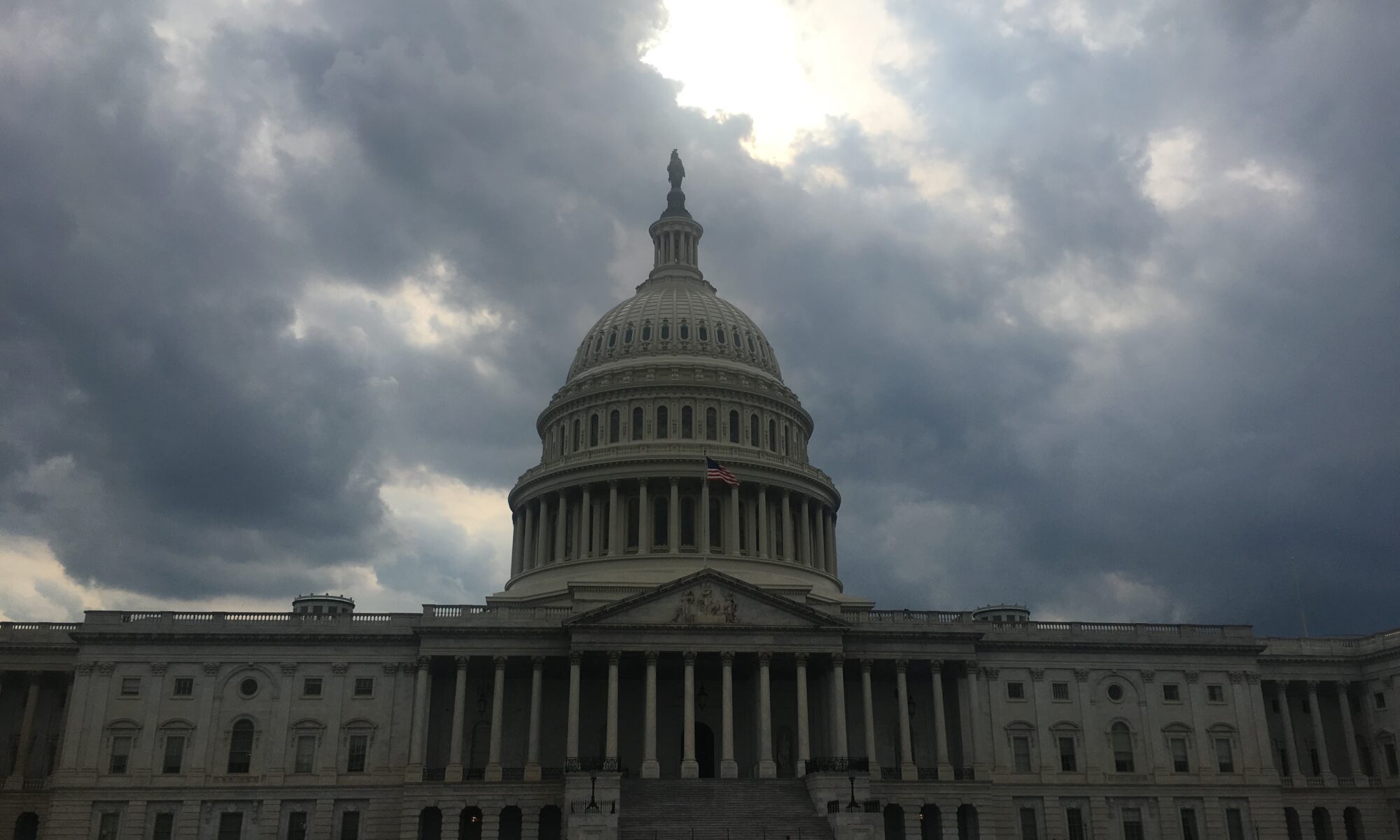 Prospects for Congress to wrap up the 12 annual appropriations bills before the end of the year improved last week as chances for a deal on pandemic aid remained low.

Staffers for House Speaker Nancy Pelosi, House Minority Leader Kevin McCarthy, Senate Majority Leader Mitch McConnell and Senate Minority Leader Chuck Schumer met Thursday to discuss the endgame for the appropriations bills. They hope to wrap them up into a single package, known as an omnibus.

Congress has until Dec. 11 to either pass an omnibus or pass another short-term spending bill, known as a continuing resolution (CR), to keep the government open until Congress can reach an agreement on a full-year measure. Finishing an omnibus bill would be best for federal agencies, which need to know how much funding they will receive in order to plan for the future.

“We don’t want another continuing resolution,” Pelosi said Friday. “I don’t think they do either.”

The economic health of states including Nevada is intimately tied to federal spending and pandemic aid. The state’s headline unemployment rate in October fell to 12 percent from 12.5 percent in September, the Department of Employment, Training and Rehabilitation (DETR) reported, but that is still almost twice the national 6.9 percent unemployment rate.

About 180,000 Nevadans could lose unemployment benefits at the end of the year, according to data from DETR. More than 12 million could lose out nationwide.

“There is no time to waste,” Rep. Dina Titus said Thursday.

The Pandemic Unemployment Assistance (PUA) program provides unemployment insurance benefits to those not typically eligible, like gig workers and the self-employed. PUA expires on Dec. 26.

About 90,000 Nevada workers participate in the PUA program. Another 90,200 receive aid under the Pandemic Emergency Unemployment Compensation (PEUC), which runs through the end of the year. PEUC gives up to 13 weeks of additional benefits to those who have exhausted their 26-week allotment unemployment insurance benefit.

With both parties seeking to avoid a government shutdown, House and Senate appropriators have been busy working on the 12 individual spending bills. Each appropriations subcommittee responsible for a bill has been working to settle on topline spending and how to divvy up the funds among the measures, said Republican Sen. Richard Shelby of Alabama.

“We're getting close on all of it,” Shelby, who is chairman of the Senate Appropriations Committee, told reporters Wednesday. “We're not there yet.”

Republican Mark Amodei is on the House Appropriations Committee and will be involved in those talks. But he is currently quarantining after attending an event with Gov. Steve Sisolak, who tested positive for COVID-19 last week. Amodei’s office said he has since been tested for COVID-19 and was negative.

Members of the state’s congressional delegation have indicated that they prefer an omnibus to a CR. So does President Donald Trump, according to Shelby.

Shelby met with White House Chief of Staff Mark Meadows last week and was told as much.

“We went over a lot of where we are in trying to put the omnibus together,” Shelby told reporters after the meeting. “He indicated to me that the president, and his administration, they want [an omnibus] bill and we do too, so that’s good.”

Delegation members will likely be vigilant on keeping funding from going to licensing a national nuclear waste repository at Yucca Mountain, as well as prohibiting funding for any new nuclear tests, which would likely take place in Nevada.

COVID-19 aid remains a top priority for members of the delegation, but leaders and the White House remain at odds over how much funding to provide. House Democratic leaders have called for roughly $2.2 trillion, and Senate Democrats want a bill in the neighborhood of $500 billion.

Even if there were to be a breakthrough on the spending level, disagreements will likely remain.  Democrats included $436 billion in their package for state and local governments, citing loss of revenue from tax bases because of forced business closures to contain the coronavirus. For Republicans, McConnell has said any bill must include liability protections for businesses.

Last week, McConnell argued that state and local funding is not needed because the economic

data for most states show revenues going up.

“That has nothing to do with solving this problem,” McConnell said Tuesday.

While recent tax collections were up in Nevada, budget analysts who appeared last month before a state panel and tasked with forecasting revenue in advance of the next legislative session said serious concerns remain about revenue for the next two years. It is unclear whether a COVID-19 vaccine could be distributed quickly or widely enough to immediately help rejuvenate the hospitality and entertainment industries, major drivers of the state’s economy.

But McConnell Friday said he supported a move by Treasury Secretary Steven Mnuchin on Thursday to terminate many of the Federal Reserve’s emergency loan programs designed to keep credit flowing and steady the financial markets during the pandemic.

Mnuchin also requested that the Fed return $455 billion so that Congress can re-appropriate the funds. McConnell said the funds should be repurposed for COVID-19 aid.

“There is an obvious right use for these hundreds of billions of dollars of already-allocated but unused funds,” McConnell said. “Congress should repurpose this money toward the kinds of urgent, important, and targeted relief measures that Republicans have been trying to pass for months, but which Democrats have repeatedly blocked with all-or-nothing demands.”

A frustrated Pelosi on Friday had sharp words for McConnell and the GOP, citing the coming cliff created by a cut-off of unemployment assistance and the end of a federal moratorium on evictions. Both are set to happen at the end of the year.

“If you don’t believe in governance, it’s easy to say ‘we don’t really have to do all of these things’ and that’s what the problem is,” Pelosi said.

She also noted that Mnuchin’s move spurred rare public opposition from the politics-averse Fed. “The Federal Reserve would prefer that the full suite of emergency facilities established during the coronavirus pandemic continue to serve their important role as a backstop for our still-strained and vulnerable economy,” the bank said.

The Senate Energy and Natural Resources Committee held a hearing on a series of bills Thursday, including legislation introduced by Sen. Catherine Cortez Masto that would allow for public lands in Pershing County to be sold to the private sector.

“The goal is not to get rid of public land, but rather generate both funding and policy initiative to make it easier to lock up public land within the county for better land management purposes,” Cortez Masto said at the hearing.

Land ownership in the county is divided up because of decades-old policies instituted by the federal government to incentivize construction of the transcontinental railroad. Railroads were granted ownership of every other section of land along the rail corridor creating what is known as a checkerboard.

The Nevada Democrat argued that while checkerboarding was an innovative way to spur railroad construction, it has now created management inefficiencies for both local land managers and private landowners.

The bill would allow the county to nominate parcels for selloff that have already been identified as prime for sale — or exchange them in collaboration with the Bureau of Land Management.

“This effort is unlikely to result in a net loss of public lands but rather it incentivizes a net public land management benefit,” Cortez Masto said.

The bill would also allow mining businesses or those that hold mineral rights to buy the land.

The measure is opposed by Patrick Donnelly, Nevada state director for the Center for Biological Diversity, who said he is concerned that there could be a significant loss of federal land because there is no cap on how much could be sold of the 800,000 acres of public lands within the checkerboard. He also has concerns that selling the lands to mining interests could result in environmental damage.

But Shaaron Netherton, executive director of Friends of Nevada Wilderness, said the bill would help to consolidate parts of the checkerboard to create bigger blocks of public lands for wildlife and recreation, while blocks along the interstate could be used for renewable energy development, such as geothermal and solar, that could raise revenue for the county.

Cortez Masto asked for the measure’s passage, but it’s not clear whether the panel will advance it since the end of the session is a few weeks away.

However, the bill could end up in the National Defense Authorization Act (NDAA), the annual defense policy measure, which Congress must pass before adjourning. The Pershing County bill is part of a larger package, introduced by Cortez Masto in mid October, that includes language to expand the Navy’s Fallon Range Training Complex. The Navy expansion is opposed by the Fallon Paiute Shoshone Tribe.

Differences between the House and Senate-passed versions of the NDAA will be reconciled by a conference committee.

Rep. Steve Horsford was named to the NDAA conference committee last week. Horsford, whose district includes Nellis Air Force Base, had an amendment approved in the House NDAA blocking a GOP effort that would have given the Air Force more control over about 840,000 acres of the Desert National Wildlife Refuge. His amendment kept the refuge under the ultimate jurisdiction of the U.S. Fish and Wildlife Service and prevented the Navy from advancing its proposal to expand the Nevada Test and Training Range to include about 250,000 additional acres of the wildlife refuge and take primary control over roughly 850,000 acres it currently has access to.

S. 4904 – A bill to amend the Victims of Crime Act of 1984 to ensure crime victims are not denied compensation because of rape kit backlogs, and for other purposes.

S. 4901 – A bill to provide assistance to small businesses affected by COVID-19, and for other purposes.

S. 4919 – A bill to provide for a study by the National Academies of Sciences, Engineering, and Medicine on the potential benefits on population health outcomes of incorporating into the Federal legislative process tools that measure the impacts of proposed legislation (including in areas outside of health care) on health and health disparities, and for other purposes.

S. 4920 – A bill to improve the cybersecurity of small organizations with respect to teleworking, and for other purposes.

H.R. 8793 – To designate Nicaragua, Honduras, and Guatemala under section 244 of the Immigration and Nationality Act, and for other purposes.