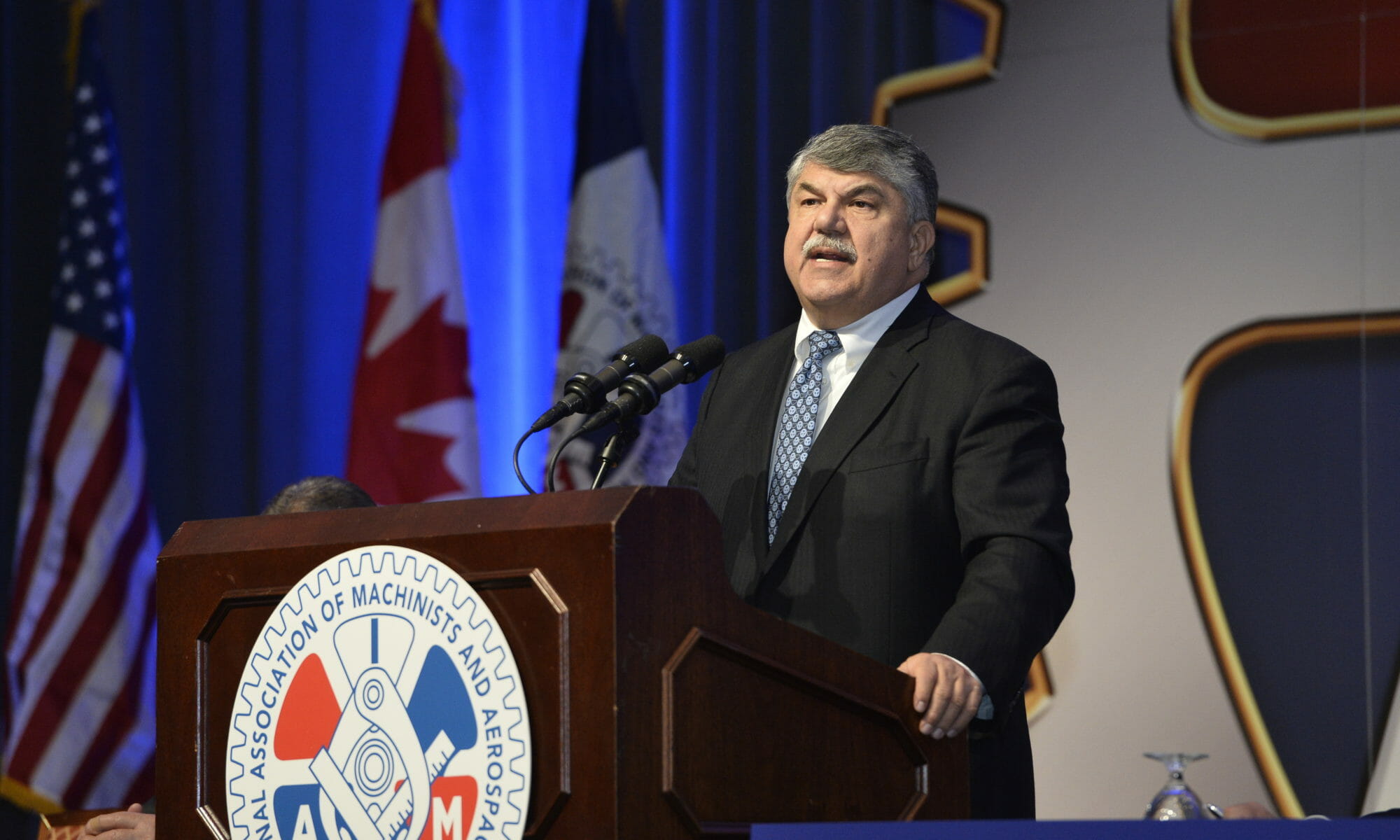 As far as Richard Trumka, president of the AFL-CIO, is concerned, the blue wave that swept Nevada last November was no coincidence: It was the handiwork of the labor movement.

“Because of the (legislative) session in 2015, workers mobilized and changed the makeup of the state legislature,” he said. “2016 showed what working people can do when they get together.”

Last year, about 12.1 percent of Nevada workers belonged to a union, down from 14.3 percent in 2015, according to the U.S. Bureau of Labor Statistics. Although the 2016 figure is significantly lower than the state’s peak union membership of 20.4 percent in 1996, it’s still above the national average of 10.7 percent. The Culinary Union, the state’s most powerful labor organization, represents roughly 57,000 hospitality employees, many of whom work on the Las Vegas Strip.

Trumka said Nevada workers’ dissatisfaction with the 2015 political agenda promulgated by the Republican-controlled Legislature prompted Democratic victories up and down the ballot in November. Simply put, he said Nevada workers want better policies on health care, wage increases and voter registration, among other issues.

Trumka visited Las Vegas this week to attend conferences put on by the International Association of Machinists and Aerospace Workers and the United Steelworkers. His comments about Nevada workers echo what he said last week when speaking before the National Press Club in Washington, D.C.

“Our economy is historically out of balance, tilted steeply against working people and in favor of corporations,” he told the press club.

Trumka said down with a Nevada Independent reporter Tuesday to share his thoughts about the status of organized labor — here and nationally — and how President Donald Trump may affect workers going forward. Below is an interview edited for brevity and clarity.

How would you characterize the state of unions right now across the country?

I think it’s actually pretty encouraging right now. There’s a lot of momentum building up right now for collective action. If you go back and just look at the support for unions, the support over the last 10 years has continued to grow each year. Now over 60 percent of Americans support unions. In addition to that, the support among young people is growing even stronger and faster because they realize the rules of the economy aren’t working for them.

Can you explain what these workers are hoping to change about the economic landscape?

Even in places that aren’t organized, they’re looking for ways to come together so they can improve their lives. Our whole focus, whether it’s in Nevada or at the national level, is trying to get a good job for everybody with the means to make those jobs better — raise wages, better benefits and more secure retirement. Whether you’re in a union or not, you ought to be able to bargain with your employer to do that.

How does Trump factor into all of this? Is the AFL-CIO optimistic his policies could help workers?

There’s a war going on right now in the White House. There’s a Wall Street wing that’s trying to hijack the agenda, and there’s that other wing that wants to see him follow through on his campaign promises. My fear right now is that Wall Street is winning.

Last month, you appeared on a national television show and said that Trump’s first address to a joint session of Congress was one of his finest moments. What made you say that?

(Trumka pointed to the president not labeling China a currency manipulator and indications that he may seek more modest changes to the North American Free Trade Agreement as examples of where he hasn’t lived up to campaign promises.)

Given Americans’ seemingly poor view of politicians from both sides of the aisle, do you anticipate the AFL-CIO endorsing more Republican candidates in the future?

It used to be that scores and scores of Republicans stood with workers’ unions. Now there are a few. We seek those few out and we support them. We wish there were more. Unfortunately, the Republican party is being dragged further and further and further to the right. All you have to do is look at Nevada. Look at what they did in 2015. The state has all kinds of problems and what are they focusing on? Trying to make workers weaker.

One of Nevada’s newest lawmakers is Sen. Yvanna Cancela, a former political director with the Culinary Union. She has proposed a bill, which the Culinary Union is supporting, that would add price controls for diabetes medication and mandate greater transparency in the pharmaceutical industry. Would you support it as well?

That’s an important piece of legislation. We’re trying to get health care as a matter of right for every worker in the country. That will help. Why should the drugs necessary for a chronic disease like diabetes go up 450 percent above inflation over a period of time? What’s the reasoning behind that? It sure has not gone to the workers.

Lastly, what do you believe is the likelihood that Nevada will elect a Democratic governor in 2018?

I think it depends on the Democrat. If the Democrat has an agenda that addresses “kitchen table” economic issues — the issues the workers face every day — I think  he or she would win by a large margin. If it’s a debate between who can be more corporate rather than less corporate, then who knows?