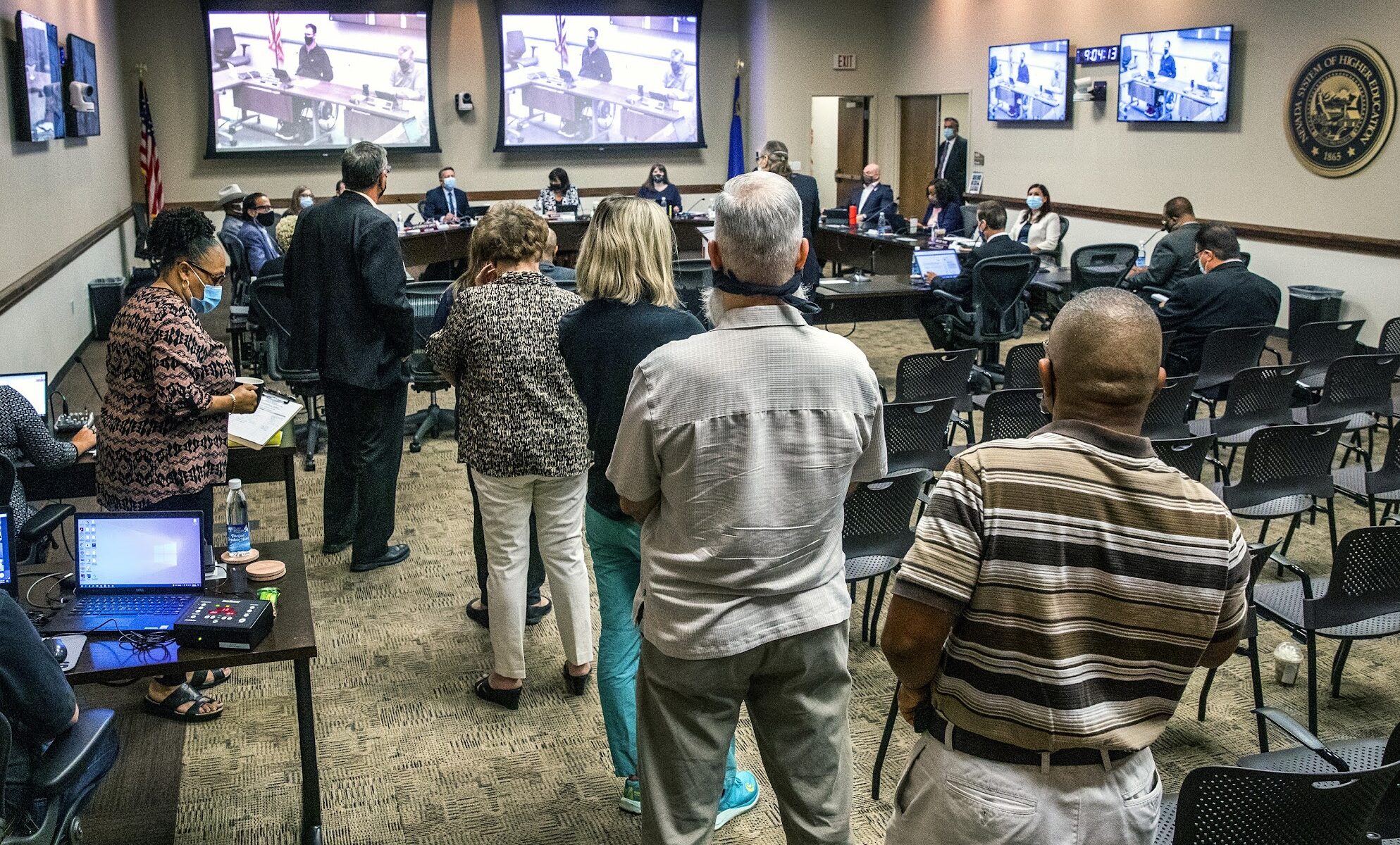 It is no secret that nothing lights the passions of the electorate quite like education governance. Be it K-12 or higher education, it is one of the few things that can bring together and mobilize groups that otherwise do not share common ground: The people in charge are no good. It is little wonder, then, that the Nevada news cycle being dominated by the wacky antics of the Nevada System of Higher Education Board of Regents and the Clark County School District Board of Trustees has reignited calls to action for each of those groups: We need reform.

When our elected officials behave badly, we have every right to be outraged and demand accountability. And what does accountability for elected officials look like in Nevada? We have a state Commission on Ethics which, while well-meaning, is more of an advisory board with very little enforcement power. This is because, when it comes to elected individuals, the lines of accountability often are muddied. In the case of legislators, their respective house has jurisdiction; for judges, it’s the Commission on Judicial Discipline; for constitutional officers, the Legislature has the power. And when you get away from the state level, all bets are off.

A great example of the lack of local oversight is the last elected constable of Las Vegas Township. John Bonaventura’s many misadventures were well-documented by local reporters during his time in office. The Clark County Board of Commissioners used the only power they had over a constable behaving badly: They abolished the office entirely and transferred its responsibilities to the Sheriff of Clark County. Bonaventura served out the remainder of his term; Metro presumably did some investigating; and the former constable has now faded into the sunset.

As voters, we have often abdicated our responsibilities to hold our representatives to account. The board of county commissioners, not the voters, told the constable it was time to pack up and go. I know some will say, “Well, we elect the county commission so in a way, we are doing that…” OK, sure. But time and time again, we still find ourselves aghast at the lack of consistent, ongoing local accountability when it comes to the leadership and governance of our two largest education systems.

I have written much on the regents to this point. I want so much for them to be excellent. I have seen first-hand what is possible when their collective hearts and heads are in the right place. But lately the hits have kept on coming, from criticism for essentially disappearing from the discussion about vaccination mandates for faculty, staff and students, to the failed search for a new chief of staff and special counsel, to the chancellor’s recent allegations against board leadership, to the seeming inability for even just five regents to agree to call a meeting re: the current and proper status of the chair and vice chair.

The Clark County School District is a different animal altogether. If ever there was a Nevada job where, no matter what you do, you can never get it right, it would be sitting on the CCSD Board of Trustees. These seven individuals oversee the fifth largest school district in the country with no specialized training, no requirement for experience, and far too little support staff. The power dynamics of the district have always been off. Essentially, we have amateurs trying to govern professionals. Yes, we have had retired teachers and administrators on the board, but that has been the exception, not the rule. Our trustees are largely parents and people with little experience in the sphere of educational leadership. I am not saying that is always a bad thing; sometimes innovation requires a fresh set of eyes. But good governance also requires skills, along with understanding including institutional knowledge.

In general in Nevada, we have been lucky. We generally seem to elect some pretty good folks. But when we do end up with objectively inept individuals, dysfunctional boards and off-the-wall, petty antics that smack of discarded “VEEP” scripts, rather than using our power of recall to “throw the bums out,” we sit on the sidelines and seethe. When we make mistakes at the ballot box, we as voters need to take responsibility. If we don’t do the research, get involved and keep abreast of what goes on in our government, the alternative will be to have leaders imposed upon us in the form of appointees entirely safe from the scrutiny of voters.