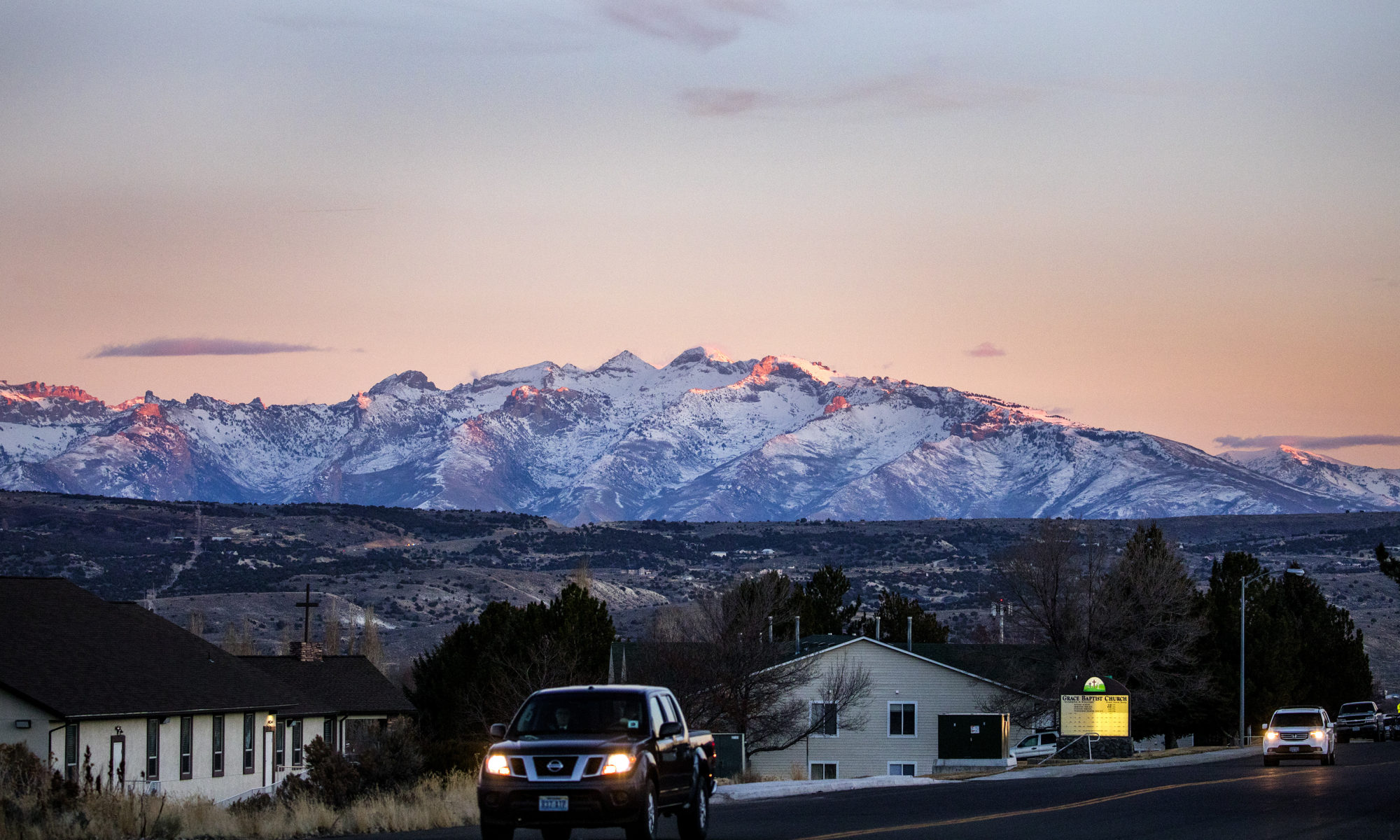 The opulence of the tourist-lined Bellagio Fountains might be a world apart from the desolation of the Black Rock Playa’s vast loneliness, but both—as well as everything in between—is equally “Nevada” to those who live here.

From the saturated Mojave landscape of Red Rock Canyon to the picturesque infinity of the Ruby Mountains, those who call this state their home seem to relish in the diversity of this profoundly unique corner of the American West. Indeed, Nevada is a cavalcade of distinct and divergent communities, landscapes and lifestyles—so it should be no surprise that our political ecosystem is equally complex, diverse and multi-dimensional.

And yet, the partisan factions of our modern era are stubbornly entrenched in a binary view of the body politic as “with us or against us.” The faithful partisans running the major political parties like to imagine a world in which their narrow interpretation of political theory somehow gains so much democratic appeal its mandate is undeniable.

However, in a state where neither political party makes up a majority of registered voters, such a vision is little more than red meat for zealous activists, rather than a pragmatic gameplan for taking control of state government.

In recent years, the number of voters unaffiliated with either major political party has been soaring. And while some of that increase is due to the automatic voter registration at the Department of Motor Vehicles, neither of the major parties are exactly leading a masterclass in brand development or voter recruitment.

While discussing a recent poll for The Nevada Independent, pollster Mark Mellman alleged that many of those non-affiliated voters are actually “closet partisans.” However, judging by the way those Nevadans responded to many of the questions asked, it’s pretty clear there remains a staunchly independent streak among such (supposedly) incognito partisans.

Despite leaning toward Republican candidates, the vast majority of those unaffiliated voters nonetheless rejected allegations of widespread voter fraud—allegations that have stubbornly become an embedded part of the Republican Party’s brand.

According to both The Nevada Independent poll and a separate poll conducted by OH Predictive Insights (OHPI), unaffiliated voters were also largely supportive of abortion rights—a position distinctly at odds with partisan Republicans. According to OHPI, They were also more likely to believe the state of Nevada was “headed in the right direction,” despite independents leaning more Republican than Democrat. Unsurprisingly, when asked about which party they would rather have in control of state government, a plurality said “neither.”

In other words, the political views of the unaffiliated might just be harder to figure out than most partisan operatives (or even well-seasoned and objective pollsters) would prefer.

Indeed, a deep look at communities long thought to be staunchly Democrat have revealed similarly unexpected insights. For example, with the number of minority voters soaring in recent years, most analysts would have predicted an equal increase in Democratic electoral gains. And yet, such gains have not materialized, as many younger Latino voters have rejected the kind of party loyalty expressed by previous generations.

A host of variables likely contribute to such independence among new Latino voters—including cultural differences between generations, social interests and political pressure points—but one thing is certain: Like many of Nevada’s unaffiliated voters, a growing number of young Latino voters simply don’t align neatly with the two-dimensional image of their parent’s political party.

At the very least, such insights demonstrate a growing need for partisans to begin looking outside their particular political tribe for electoral support, lest they begin to alienate a growing demographic of voters willing to shed partisan labels.

David Brooks, writing in the New York Times, argues that the far-left progressive revolution within otherwise moderately liberal circles has failed to take this challenge seriously—steadily isolating itself from mainstream American political opinion. Regardless of whether one agrees with his conclusions, it is growing increasingly obvious that there is a major divide between the Democratic Party’s far left activists and the moderates who prioritize electability in decidedly purple states. The ongoing drama over Democratic Sen. Kyrsten Sinema’s recent move to the political center is a perfect example of such internal party struggles.

Of course, such struggles are inevitable in any major party, given the way primary battles are so often used to shift a political party’s Overton Window—and not always for the better. For example, a pistol-packing Trump mega-fan entering the race for Nevada governor might play well among certain activists on the political right, but the direction they likely hope she will pull the party in a primary won’t play well among a populace that has handed Democrats numerous electoral victories in recent years.

In other words, the tug from the loudest (and usually most extreme) voices on the fringes of political majority during the primary tend to make the parties less representative of the broader public in the end—and, thus, less appealing to many independents. And maybe that’s what devoted partisan activists tend to forget: Parties are about getting people elected—they’re not, in and of themselves, supposed to represent dogmatic manifestations of some narrow ideology. In a state as unique and varied as Nevada, democratic popularity requires a willingness to step outside of the narrow partisan definitions many political activists would like to affix to each party.

The ideological spectrum in Nevada is as diverse as its landscapes, communities and individuals. Just as with nearly every other facet of Nevada life, our range of political thought is diverse and full of contrast—and not well represented by the increasingly cartoonish, two-dimensional, partisan tribes vying for electoral power. Unfortunately, much of modern politics is predicated on building intolerance and bigotry for divergent opinions—leading the most zealous partisans among us to further narrow the definition of what it means to be a “good” Democrat or Republican.

In truth, however, many of our political differences should be embraced—not lamented or despised. After all, just like the fire-red rocks in the south or the cutting blue shoreline of Lake Tahoe, such diversity is a quintessential part of what makes Nevada home.