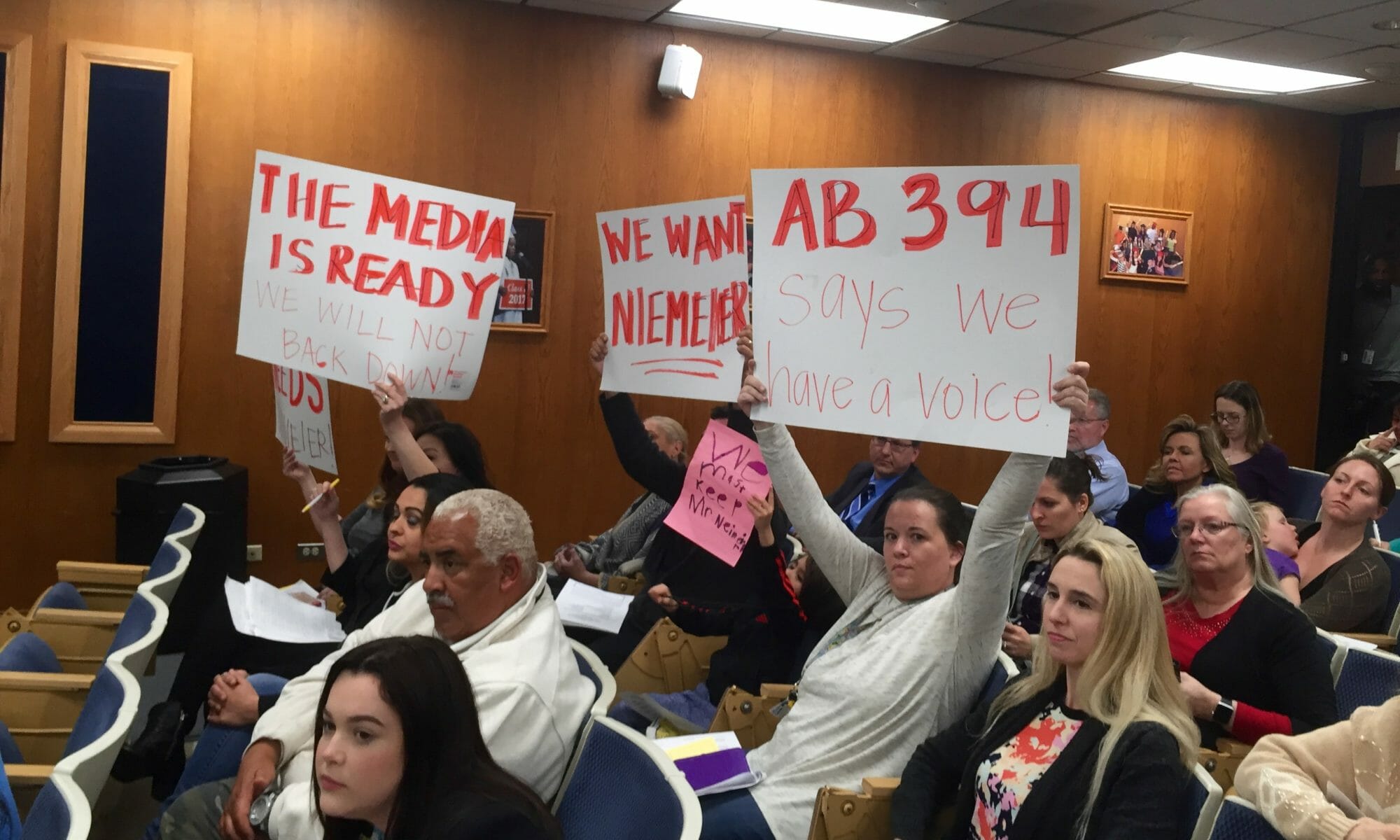 It’s the first public clash between a so-called School Organizational Team (SOT) and the district administration to emerge as the school system implements a state-mandated reorganization plan. A key component of that plan is the creation of an SOT — made up of parents, staff members and the principal — at each school.

The advisory teams weigh in on the school’s budget, academic plan and, in the case of a leadership vacancy, suggest whom they think should be hired as principal.

But the superintendent doesn’t have to heed that recommendation. And that’s not sitting well with the organizational team members at Newton.

“What is the role of school organizational teams if (they) are not going to be acknowledged, if their knowledge of the local communities and local schools isn’t going to be taken into account when decisions are made?” Nathan Harper, chair of the Newton SOT, asked school trustees.

Harper said the organizational team recommended that the school’s acting principal, Steve Niemeier, be given the permanent job. District leaders disagreed and offered the post to someone else.

Superintendent Pat Skorkowsky didn’t explain his reasoning but pointed to a section within the regulation that states he can make the final decision.

Niemeier was one of two administrators at Kelly Elementary School who were embroiled in a cheating scandal involving standardized tests, according to stories published by The Review-Journal in 2014. After a significant spike in student test scores, the former state superintendent accused staff of altering the answer sheets. The school district, however, conducted its own investigation and found no evidence that staff members or anyone else changed the students’ answers.

Harper said the SOT members are comfortable with Niemeier’s history and consider him a great principal. At least a dozen people who support Niemeier — some waving posters — attended the school board meeting in a show of unity.

Parent Heather Bryant said she’s struggling to understand why administrators would take away someone who created such a positive atmosphere within the Henderson school.

“He created community at our school that was tremendous,” she said. “Staff was happy. Students were happy. There was so much energy.”

Harper said the SOT members would appreciate more dialogue with district leaders when their recommendations are not followed. If this is how the advisory teams are going to be treated, Harper said he cannot continue supporting the reorganization.

Trustee Erin Cranor said she understands the anguish of parents who are sad to see a beloved principal leave. She blamed privacy regarding personnel issues as the likely culprit in this case.

“Sometimes there are other things that have to be considered that are not allowed to be communicated without getting in the way of someone’s right to privacy,” she said. “I know I’m not solving it.”