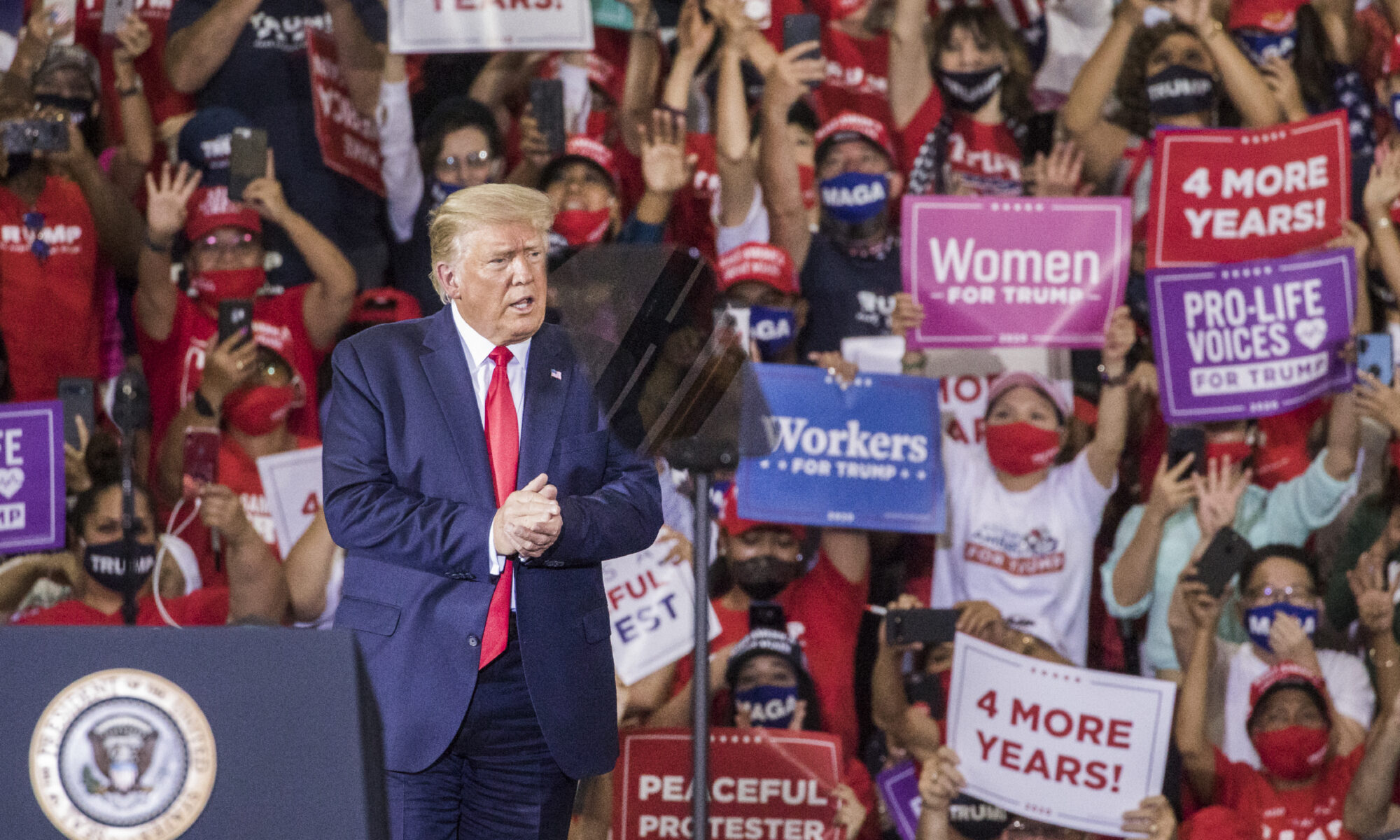 It was, in the scheme of things, a small lie.

During Tuesday’s unreasonable facsimile of a debate in Cleveland, President Donald Trump insisted to moderator Chris Wallace that all of his rallies had been outside, thus mitigating any threat of COVID-19 spread. Wallace not only did not challenge him on this, but actually agreed with the president. Trump, of course, had an indoor rally just three weeks ago in Henderson, teeming with a mostly maskless crowd (the first one after the Tulsa indoor rally in June).

Amid the geyser of falsehoods Trump disgorged on that stage, this one was a droplet. But it speaks to an erosion of standards not just in conduct by and decorum of elected officials but in journalism, where we must all recognize what the stakes are before Nov. 3.

The chaos in Cleveland was synecdoche for what Trump, through his serial prevarications, hopes to sow in November and beyond. Nevada has been at the center of his insidious strategy to undermine faith in the election’s integrity and, perhaps, its outcome. He has repeatedly lied about our election laws and even sued – unsuccessfully – to overturn them.

For me, this is personal and professional.

I love Nevada, where I have lived for nearly 36 years, and I am a fierce defender of her against facile stereotypes and mangled pronunciations. I also have covered politics for almost that long, and while I have seen my fair share of politicians dissembling, this big lie about the election is one that cannot be countenanced.

“They’re sending millions of ballots all over the country. There’s fraud. They found them in creeks,” the president began his now-familiar rant Tuesday about mail ballots being emphasized in many states because of the coronavirus.

Beyond shooting someone on Fifth Avenue, there are not many worse transgressions for an elected official to commit than tendentiously undermining faith in the democratic process. Trump is asking people not to trust the results of the balloting, a prebuttal in case he should lose, as polls suggest he will.

And he has made Nevada a focal point of that argument, with a cavalcade of lies that are hard to track:

He has said there is no signature verification; there is.

He has said Democratic Gov. Steve Sisolak “is in charge of” the ballots; GOP Secretary of State Barbara Cegavske oversees the election.

He has said that there are “millions of ballots” going out in Nevada; the state has 1.7 million active voters.

He has suggested people here can vote after Nov. 3; of course, this is not true.

He has repeated this garbage many times, perhaps reaching his peak after he sued the state, on Aug. 9, when he said:

None of this is true. And you can easily see it from Cegavske’s excellent FAQ on the secretary of state’s site.

Nevada’s election officials are some of the best in the country. They have tried their best to debunk what Trump has said, but their voices are muted.

What has been most disturbing to me has been the near-universal silence of Republican elected officials in this state as the president has shamefully attacked the integrity of Nevada’s election. I expect nothing from the mercenary hacks working here for the campaign or party apparatchiks. But I have lost respect for the Republicans in elective office, especially GOP legislators, who have cowered in their corners, fearing a Trump tweet or a base uprising. If they don’t speak out against something as egregious as this, when will they say something?

And what do we do as journalists?

We say something. What good is speaking truth to power if truth disappears? That’s our raison d’etre – or should be.

That’s why I have so much respect for fact-checkers such as the indomitable Daniel Dale of CNN, who relentlessly catalogues all of the president’s lies. Political journalism is not about printing or airing obvious falsehoods and then getting a comment from the other side. Now, more than ever, it’s about helping the public understand that what the president is saying about mail ballots is false and helping to revivify faith in the process.

The task may seem futile at times, with more than a third of the electorate impervious to anything but encomia for the president. Indeed, it may seem like whistling in the dark. But we need to blow that whistle and as loudly as we can for the next five weeks.

This is not just about Trump. This is about a bedrock principle for both elected officials and journalists, about drawing a line when enough is enough. It’s about not allowing standards to erode beyond the point of no return, of not moving the line of what’s acceptable that a clueless William Hurt talked about in “Broadcast News.” The tsunami of small lies add up so you don’t recognize the big ones, and then we are lost.

That doesn’t mean you don’t talk about what the other side is doing. We at The Indy have reported how the Democrats jammed through a new election law in a special session, how the signature verification process was changed (it’s still robust) and how so-called “ballot harvesting” opens the door for some mischief, although plenty of safeguards exist to prevent fraud.

But “both sides” reporting does not apply to Trump trying to destroy faith in democracy. There is no other side.

It’s easy to become jaded, even consumed by a sense of hopelessness after what has happened and especially after that debate. But surrendering is not a strategy.

We – all of us  – cannot stand idly by. Once we give in to the lies, we have ceded our most cherished ideals and the truth will matter no more.