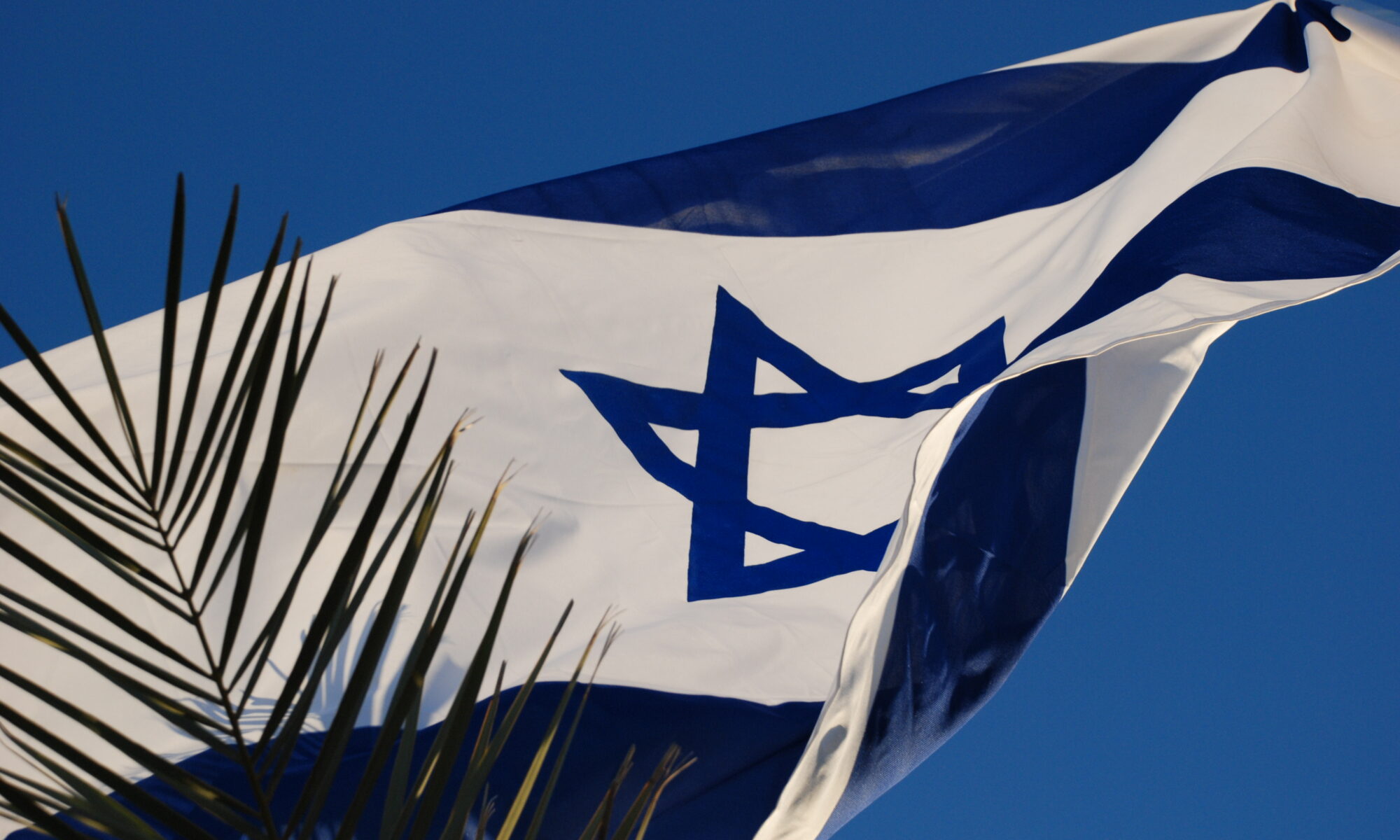 Like Nevada State Democratic Party chair Judith Whitmer, I also have opinions about what’s going on in Israel and/or Palestine. Unlike Ms. Whitmer, however, I possess a rudimentary sense of self-awareness.

For starters, I recognize that I live over 7,000 miles from anything called the Gaza Strip. In fact, the closest Gaza Strip to my home is nowhere near the Middle East — it’s in the Philippines. Considering how I’ve met Californians who are absolutely stunned to discover how far the state boundaries extend beyond the municipal boundaries of Las Vegas — and I live near Reno, so this really shouldn’t be so shocking to some of our visitors — I find it hard to believe that, if my opinions were examined, I’d fare much better when taking a stand on anything happening in the Mandate formerly known as Palestine, especially since I can neither read nor comprehend Hebrew or Arabic.

Consequently, I recognize that picking a side on the sportsball game which is the 73 -year history of the State of Israel — and let’s be honest with ourselves, that’s exactly what Israeli and Palestinian history is to the vast majority of Americans — would have far more to do with my own personal sense of identity than it would to do with any real understanding of the sources of misery and suffering experienced by Israeli and Palestinian people. Do I support the closest thing to a Western-style democracy in the Middle East, or do I oppose a European-style ethnonastionalist apartheid state? Do I support the closest thing the United States has to an ally in the region, or do I oppose the nation which bombed the USS Liberty and spied on us? Do I support the right of Jews to reclaim their ancestral homeland, or do I support the Palestinians’ right to return to the homes they were evicted from following the 1948 Palestinian exodus?

Who do I think is sexier — Gal Gadot or Mia Khalifa?

Before you assume I’m making light of a deadly conflict, I’m not. What I am making light of is our collective need, as a country, to have an opinion about this specific deadly conflict. It’s not particularly unique nor special. American tax dollars pay for a lot of war and suffering, after all. People are still starving to death in Yemen due to their brutal civil war, others are being ethnically cleansed from Tigray, and American taxpayers are paying for a side in those conflicts, too. The difference is, if I suddenly waved a Tigrayan flag in front of an Ethiopian restaurant, all I would accomplish is I’d probably (and justifiably!) anger a restaurateur who would appreciate it if I kept my clueless opinion on matters which will never directly affect me to myself. Everyone else passing by would just be utterly confused.

If I wave an Israeli or Palestinian flag on social media, on the other hand, well — now I’m supposedly making a point. Of course, I understand a lot of antisemites think it’s open season on anyone vaguely Jewish-looking because Israel is in the news. Given that, I understand why expressing support for or against the actions of the State of Israel feels like it should matter, even as far removed as we are from the context and consequences of the conflict itself. Thing is, though, antisemites are always looking for an excuse to attack anyone vaguely Jewish-looking. That’s literally what makes them antisemitic.

I’m not convinced rooting for or against Israel is going to make angry bigots less angry or bigoted, especially since many of them can’t even agree on whether Israel is a good idea (because its existence potentially draws Jews away from American neighborhoods) or a bad idea (because it’s a Jewish state). History has been pretty clear since the Middle Ages that if somebody wants to, say, shoot up or torch a synagogue, they’ll make up any excuses they need after the fact. The Protocols of the Elders of Zion predate Israeli statehood by over 40 years, after all, and it certainly wasn’t the first antisemitic conspiracy theory to be invented out of whole cloth.

All of which brings me back to the fundamental issue — most Nevadans, myself included, are not directly affected by anything going on between Israel and Palestine, at least no more so than we are by any other violent conflict in the world. That’s not true for all Nevadans, of course, and I look forward to reading columns submitted by those Nevadans with an actual personal stake in the conflict (email pitches, stories or columns explaining why I’m an uncaring piece of excrement to submissions@thenvindy.com). But as for the rest of us, we have a right to chime in, inasmuch as we have a right to do all sorts of things we shouldn’t, but doing so would be about as meaningful and connected to reality as posting about last night’s game on a sports fan bulletin board and for all the same reasons — we’re not on the field, we probably don’t know anyone on the field, and nobody on the field actually cares about our opinions unless they’re paid to pretend otherwise.

Don’t get me wrong — it’s fun arguing about how good the Golden Knights are. I’m just not convinced the Golden Knights, or anyone else in or near the NHL, cares whether or not a 40-year-old IT manager in Sparks who played trumpet instead of sports when he was younger and has never attended a hockey game in his life thinks the Golden Knights are actually good or not. Nobody cares. More importantly, nobody should care.

Which brings me to Judith Whitmer’s statement on escalating violence between Israel and Palestine.

The fundamental problem with her statement is nobody asked. Nobody cared, nor wanted to care, what the chair of the Nevada State Democratic Party thought about violence between Israel and Palestine. That her statement flew in the face of persistent polling data that demonstrates the vast majority of Americans are more sympathetic to Israel than Palestine certainly didn’t help, but let’s not kid ourselves — if she suddenly outed herself as a card-carrying member of the Likud and adopted an explicitly pro-settler stance, her opinion on official party letterhead would still be every bit as solicited and welcome as a wet fart in a crowded conference room.

There are, after all, several elected Democrats representing Nevada in D.C. who have considerably more at stake in the conflict. Unlike state party chairs, elected Democratic congresspeople can actually vote for or against continuing our nation’s long-standing policy of circuitously sending American tax dollars through foreign countries to buy weapons from American defense contractors so foreign militaries can, ah, “test” them for us in the field. Don’t get me wrong, they won’t — not a single elected Democrat in Nevada expressed appreciation for Whitmer’s unsolicited contribution to the discussion, in fact — but they’re the ones with some actual power over the situation and they’re the ones who might face actual electoral consequences for how they wield that power.

Whitmer, by comparison, has every bit as much skin in the game as I do — none at all.

Speaking as someone who served on a party executive committee for several years, there can be value in using the platform granted by your position in the party to express your party’s position on topical issues. That value, however, is a function of weakness — you use that power to tell voters what your party stands for when you don’t have any elected officials who can show voters what your party stands for. As chair of the Nevada State Democratic Party, Whitmer has, at current count, two senators, three representatives, a governor, a lieutenant governor, an attorney general, a controller, a treasurer, 12 state senators, 26 Assembly members, and dozens of elected officials in counties and municipalities throughout the state who are showing voters what the Democratic Party stands for right now. Her job as chair, at least in theory, is to ensure those voices are heard and additional voices join that chorus over time, not to speak on their behalf.

Unfortunately, at least for Democrats, Whitmer isn’t acting like she’s chair of the most powerful political party in the state — she’s acting like she’s chair of a protest party. If she keeps it up, and if she’s loud enough to drown out her party’s elected officials, she’ll either find herself chair of one or she’ll find herself out of a job and the platform that comes with it.

David Colborne was active in the Libertarian Party for two decades. During that time, he blogged intermittently on his personal blog, ran for office twice as a Libertarian candidate, and served on the Executive Committee for his state and county Libertarian Party chapters. He is now the father of two sons, an IT manager, and a registered non-partisan voter. You can follow him on Twitter @DavidColborne or email him at david@colbornemmx.com.