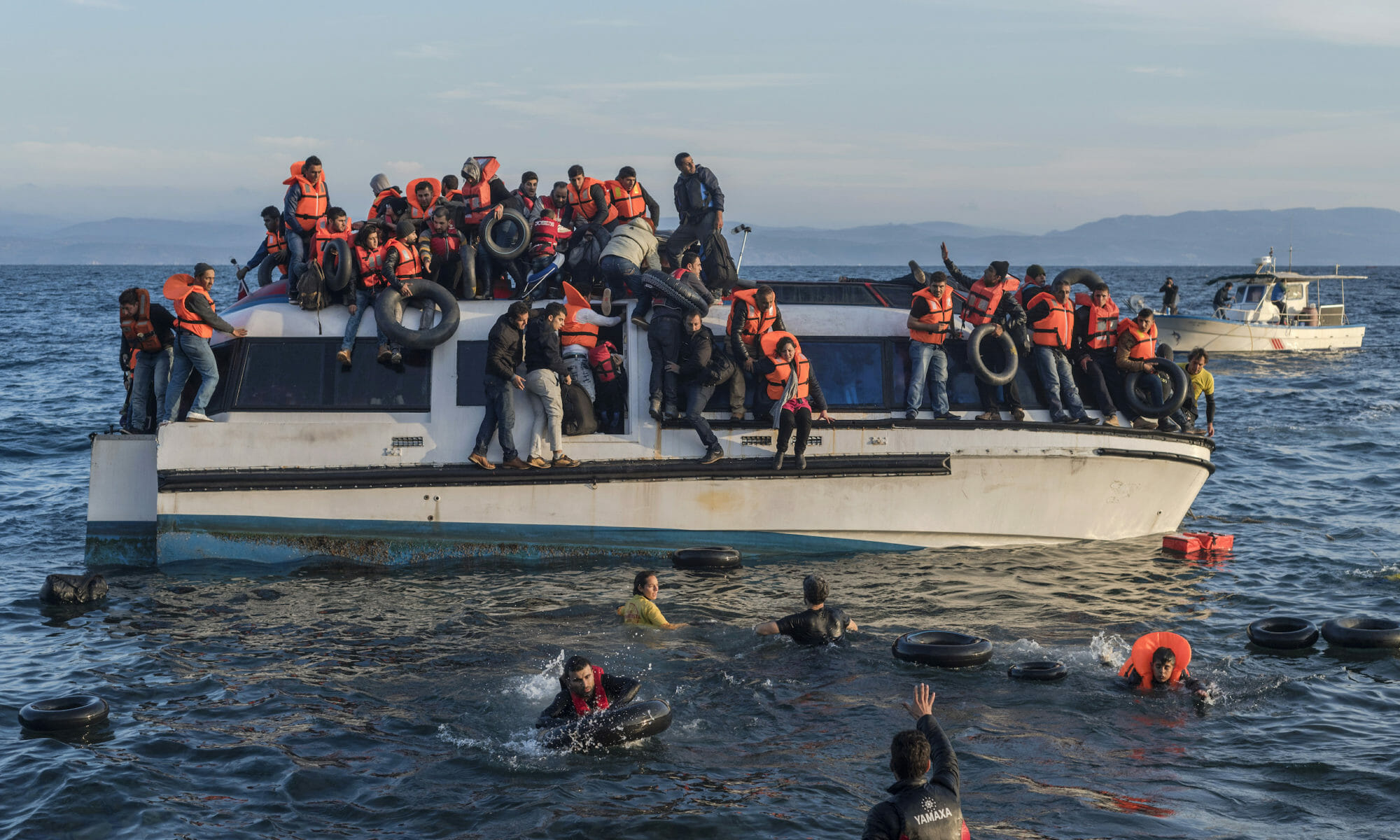 President Donald Trump’s controversial executive order barring admission of refugees and citizens of seven majority Muslim nations elicited a range of heated responses from Democrats and some Republicans since it was signed on Friday.

A federal judge issued a nationwide stay of Trump’s executive order at about 6 p.m. Saturday evening, according to the American Civil Liberties Union. It was not immediately clear if or when that would affect individual detainee situations around the country.

Here’s how the six members of Nevada’s congressional delegation have responded to the order. The Nevada Independent will update this story as more lawmakers comment on the order.

A spokeswoman didn’t immediately respond to a text message seeking comment on Saturday. Sandoval’s office told the Reno Gazette-Journal in Dec. 2015 that "The governor strongly disagrees with Donald Trump on his proposed ban on Muslims entering the United States.

A spokeswoman for Laxalt issued the following statement from the Republican Attorney General on Monday around 4:10 p.m.

"Our office has been clear that we will defend the rule of law and push back on unlawful, executive action, especially when it contravenes statutes passed by Congress. Rather than jump to a hasty conclusion, our office is doing what it has always done: carefully evaluate the action and its consequences to see if it violates a law passed by Congress or the Constitution.”

Heller, after not responding to TNI or national media outlets all weekend, posted four tweets Sunday evening calling the executive order "overly broad. There is no release on his website.

Did not immediately respond to a voicemail seeking comment on Saturday. A spokesman did not immediately respond to an email seeking comment. He told the Reno Gazette-Journal in Dec. 2015 that "As I’ve said before, Donald Trump has been wrong many times on the issues and is bad for the Party. He has habitually crossed the line with his divisive statements, and these latest antics should not be tolerated."

"President Trump’s latest executive order would essentially enact his unconstitutional Muslim ban. This type of religious discrimination is wrong and ineffective – in fact, all it accomplishes is stirring up bigotry and violence against American Muslims, alienating our Muslim allies across the world, and helping terrorist organizations like ISIS recruit new supporters. Make no mistake, these executive actions make our country less safe."

“This evening, an Iranian couple that lives in Nevada and are legal permanent residents of this country were detained at the Chicago O’Hare airport, and there are multiple reports of this happening around the country.  Detaining legal permanent residents at our airports when they are coming home goes against our core American values, including our fundamental belief in religious freedom.  This is not the way to unite our country, this is governing by fear, intimidation and divisiveness, and it is wrong.”

“First of all, I wish to apologize for apparently missing the memo on media-imposed deadlines for Members of Congress to issue statements on executive orders,” said Congressman Amodei. “I’ll try to do better in the future. However, because I’m  a respectful guy, I waited 24 hours after former President Barack Obama issued his statement – apparently his deadline for comment is more flexible.

“I hope the time I took to issue a comprehensive, fact-based response, as opposed to knee-jerk political rhetoric is appreciated by some. After gathering the facts and contacting the Northern Nevada International Center, the Catholic Charities of Southern Nevada, the Reno-Tahoe Airport Authority, and relevant federal agencies, it is our understanding that no individuals in CD-2 have been impacted by this order. With respect to Southern Nevada, it is our understanding there are three cases, totaling 12 people, affected by this order. These include: a family of five individuals, a family of six individuals – both from Iraq – and one individual from Iran.

“For those angered by this issue, I recommend shifting your anger to Congressional Leadership on both sides of the aisle. It’s clearly Congress’s job to regulate immigration, and the fact that we haven’t, and continue not to – leaves a void. President Obama filled this void during his term, and now President Trump in accordance with his campaign promises is doing so also. As long as this void continues, leaders in the Executive Branch, whether Democrat or Republican, are going to continue issuing executive orders that will upset somebody depending on what side they’re on. If this is really about the issue of refugees and immigration reform, opponents should be camping out on leadership’s steps, demanding they take action and bring something to the Floor for a vote – instead of allowing these issues to disintegrate further.

“Speaking of votes, take a gander at the Visa Waiver Program Improvement and Terrorist Travel Prevention Act. This bipartisan legislation overwhelmingly passed out of the House in 2015. It was signed into law by President Obama through its inclusion in the FY16 Omnibus. The countries affected under President Trump’s executive order were originally listed in this Act, meaning the President’s executive order is built largely off existing law to provide the Department of Homeland Security with the additional time it needs to integrate functioning and effective protocols for visa applicants.

“Our office will continue to focus on solutions to immigration and other issues, rather than opportunities for political pontification. We’ve checked our District, we’ve determined potential impacts, if people need help – we’re here to assist. We’ve also checked on the rest of the State to understand what’s happening there. If my colleagues in Southern Nevada need help, I’m here for them as well.”

A spokesman for Congresswoman Rosen sent the following statement on Sunday.

"Congresswoman Rosen believes that we should have strong and effective procedures to ensure that no one who wants to do the American people harm is allowed into the United States.  The current policy as it is being implemented is likely to be ruled unconstitutional, because it singles out one particular faith.  Meanwhile, it creates confusion and has led to the detention of many people who have been living in the United States legally and contributing to our country.  If we are serious about protecting the American people, we can develop a better policy than this, that conforms with our shared American values."

Kihuen and fellow Democratic Rep. Dina Titus held a press conference in Las Vegas on Saturday afternoon decrying Trump’s executive order as immoral and to offer help to constituents: “We are a better country than this so we are here to condemn the president’s actions,” he said. “We’re also here to send a message to our constituents that our offices are here to help.”

Kihuen’s office also released the following statement: “Our country was founded by immigrants fleeing persecution due to their religious beliefs -- now, President Trump wants to keep out refugees because of their religion. That's hypocrisy at its finest and his actions betray our American values. This is not the America we know, we are better than this.”

She appeared at a press conference condemning the executive order on Saturday and issued the following written statement: "I represent the most diverse district in the state. The notion that we would stop refugees from coming to our country is morally reprehensible. The refugee resettlement program we have in this country is not like walking in the door. It is a multi-year, multi-agency process. The people who are coming here are not the terrorists. They are desperate. We must say it loud and say it clear: refugees are welcome here."

A City of Reno spokesman sent the following statement from Schieve on Monday:

"Like many of Reno’s residents, I’m concerned about President Trump’s recent Executive Order. While I believe that it is important to set parameters when we allow people to come to our country, I think what’s happening now can be very dangerous, damaging and negative to humankind."

1-28-17: Updated to include a statement from Sen. Catherine Cortez Masto's office.

1-31-17: Updated to include statement from Rep. Mark Amodei.