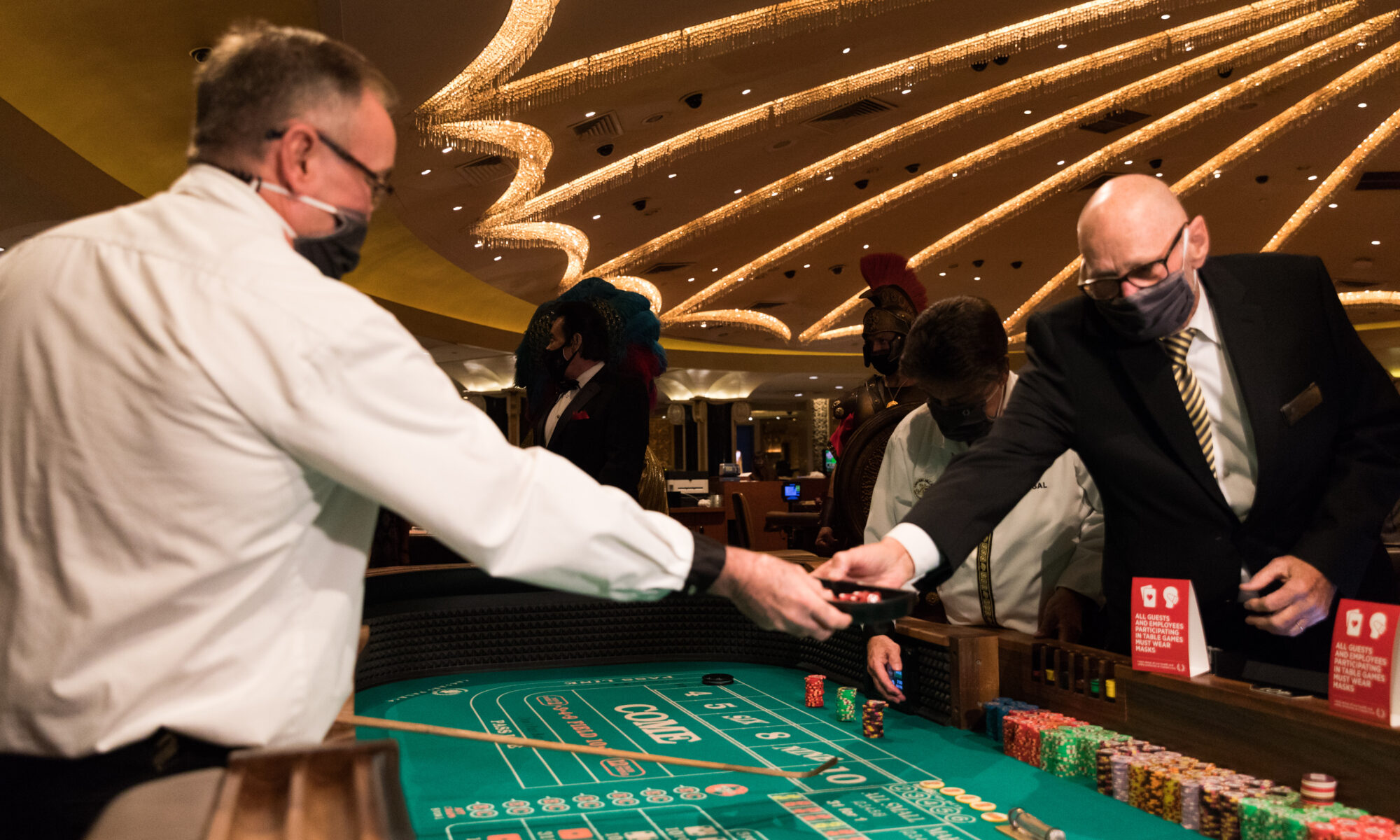 Las Vegas is back in business.

Cheers erupted outside The D Las Vegas as the clock approached midnight. A block away, about 50 people stood in line waiting to enter the Downtown Grand — and as Wednesday turned to Thursday, a two-month hiatus from casinos came to an end.

Gov. Steve Sisolak ordered casinos and other nonessential businesses to close March 17 as COVID-19 started gripping the United States. The health-minded closure sent shockwaves through the gaming-dependent economy, skyrocketing the state’s unemployment rate to the highest in the nation at 28.2 percent in April. The governor’s green light for casinos to reopen again Thursday carried multiple health and safety conditions, such as limited number of players at table games, as well as a big question: Would customers eagerly return?

Felicia Smith, 47, was among those itching to step foot inside a casino again. Her father worked as a blackjack dealer for more than 40 years at Circus Circus. Smith, now a paratransit bus driver for the Regional Transportation Commission, spent years working in the casino industry as well.

So for this born-and-raised Las Vegas resident, casinos carry a certain sense of home. Smith said she couldn’t wait to get back.

“I just need to get out,” she said while wearing a face mask and standing outside the Downtown Grand. “This has been horrible.”

Inside The D shortly after the doors swung open, owner Derek Stevens donned a tuxedo and a broad smile. He called the day a family reunion for staff and customers.

“They’re fired up to be here,” he said, adding that the packed and jubilant casino floor bodes well for the economy.

Of course, the pandemic has left its imprint on the gaming mecca. Temperature screening greeted guests entering many casinos, including The D in downtown Las Vegas and Green Valley Ranch in Henderson. The suburban Station Casino property was alive with patrons an hour into its reopening. Bartenders poured drinks. Slot machines blinked and dinged. And bets rained on table games.

But the lure of the entertainment option was already seeping into residents’ thoughts. Nicole, an employee at a T-shirt kiosk downtown who didn’t want to give her last name, prepped the business for reopening. She contemplated a venture inside the casinos surrounding her.

“I might,” she said late Wednesday night. “I have a couple dollars in my pocket.”

The Las Vegas Strip came to life at 10 a.m. Thursday but not at full capacity. Some casino properties remain closed as gaming companies assess customer demand.

Photographers from The Nevada Independent captured the reopening scene starting at midnight and running through the early afternoon Thursday. Their photos offer a glimpse of what the post-closure casino world looks like in Las Vegas.

This story was updated at 6:43 p.m. to include more photos from casino property reopenings on the Las Vegas Strip.