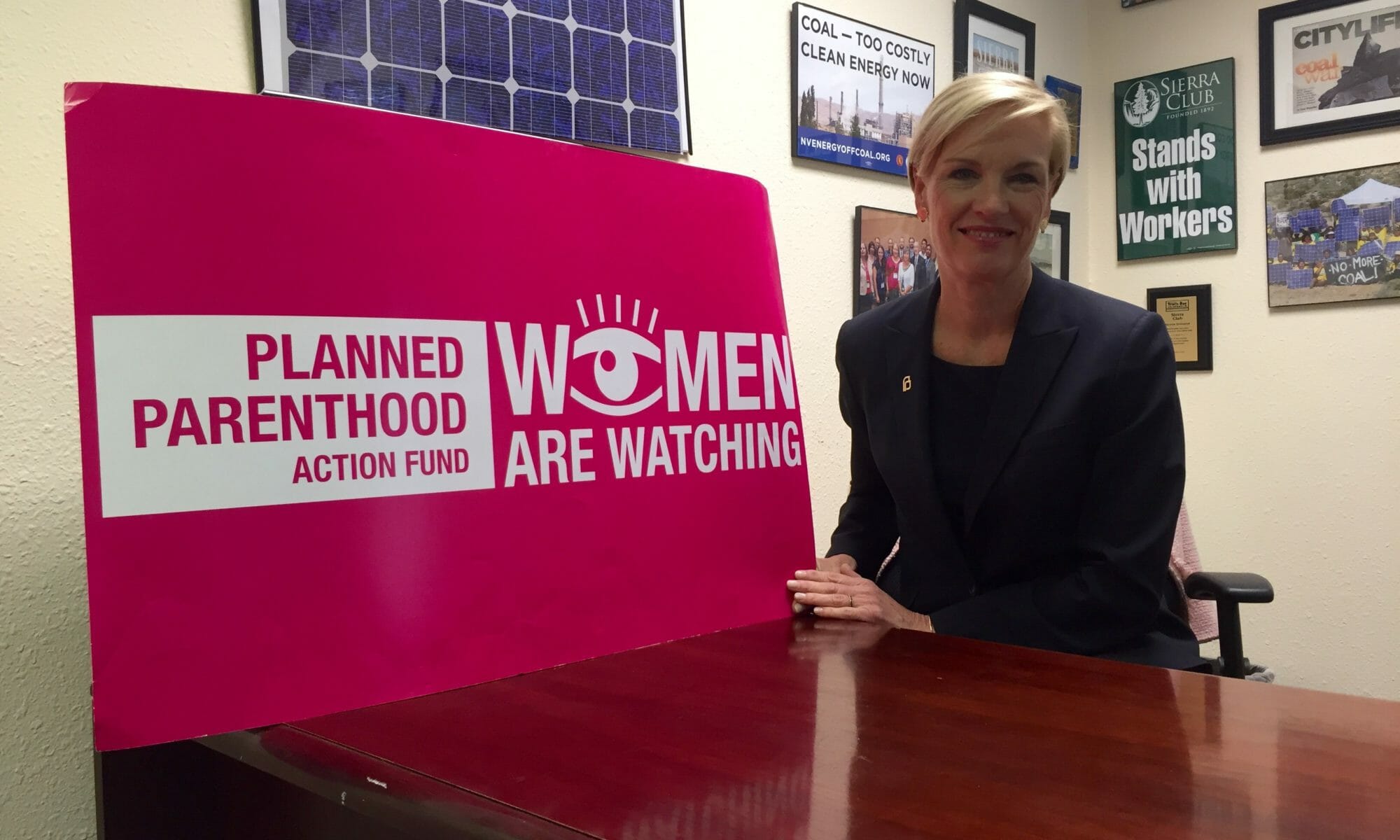 With Planned Parenthood funding in limbo under President-elect Donald Trump, the organization’s leader has a message for U.S. Sen. Dean Heller:  Listen to your constituents.

The health care provider, which has been frequently criticized by the socially conservative wing of the Republican party, knows a money battle is imminent. Earlier this month, House Speaker Paul Ryan announced that the GOP would end the flow of federal dollars to Planned Parenthood as part of the its effort to repeal the Affordable Care Act.

“I think for him to take that position is also diametrically opposed to both where the voters are in Nevada and where women are who need access to care,” she said.

Richards offered her appeal to the Nevada senator while visiting Las Vegas this week to participate in an action forum, an event designed to mobilize supporters and provide updates about Planned Parenthood. Newly minted Congressman Ruben Kihuen, a Democrat from Las Vegas, was one of the attendees.

A poll conducted for Planned Parenthood in December found that nearly half — 49 percent — of Nevada voters would be less likely to re-elect Heller if he voted to eliminate funding for the organization, even if they agreed with him on everything else. The results align with Nevada's overall attitude toward Planned Parenthood. Fifty-eight percent of Nevadans polled have a favorable opinion of Planned Parenthood, and 57 percent oppose efforts to defund it.

People don’t realize that Planned Parenthood does not have a line item in the federal budget, Richards said.

The organization receives the majority of its federal funds from Medicaid reimbursements for non-abortion services like family planning, gynecological exams and preventive cancer screenings. Per terms of the federal Hyde Amendment, Medicaid only reimburses for abortions if the pregnancy endangers the mother’s life or is the result of rape or incest.

About one million of Planned Parent’s roughly 2.5 million patients have Medicaid, meaning any changes to the reimbursement structure could have a far-reaching effect, Richards said.

“Candidly, who’s going to be hurt the most?” she said. “Low income women or women without insurance.”

In the same conversation that Richards urged Heller to reconsider his stance, she also praised Republican Gov. Brian Sandoval for being a free-thinking politician who didn’t bow to partisan politics when he expanded Medicaid to serve more Nevadans.

“I think he has been an independent voice,” she said. “I wish that Congress could be thinking about the Affordable Care Act and health-care access in this less sort of knee-jerk, highly partisan way.”

That’s why Planned Parenthood has been asking all current and former patients as well as supporters to contact their congressional representatives and the incoming presidential administration to make their voices heard.

Despite all the uncertainty, the century-old organization intends to keep its doors open and has been blown away by the post-election show of support, Richards said. Hundreds of thousands of checks arrived in the mail unsolicited, and some supporters even delivered baked goods to their local Planned Parenthood.

“This is just a moment,” Richards said.

The moment will continue Saturday when thousands of women participate in marches across the country to demonstrate their commitment to women’s rights. Planned Parenthood did not organize the event but is one of its sponsors.

Richards said she is hopeful the momentum will lead to a day when women’s health care is “no longer a partisan divide.”

Heller’s office did not respond to The Nevada Independent’s request for comment.