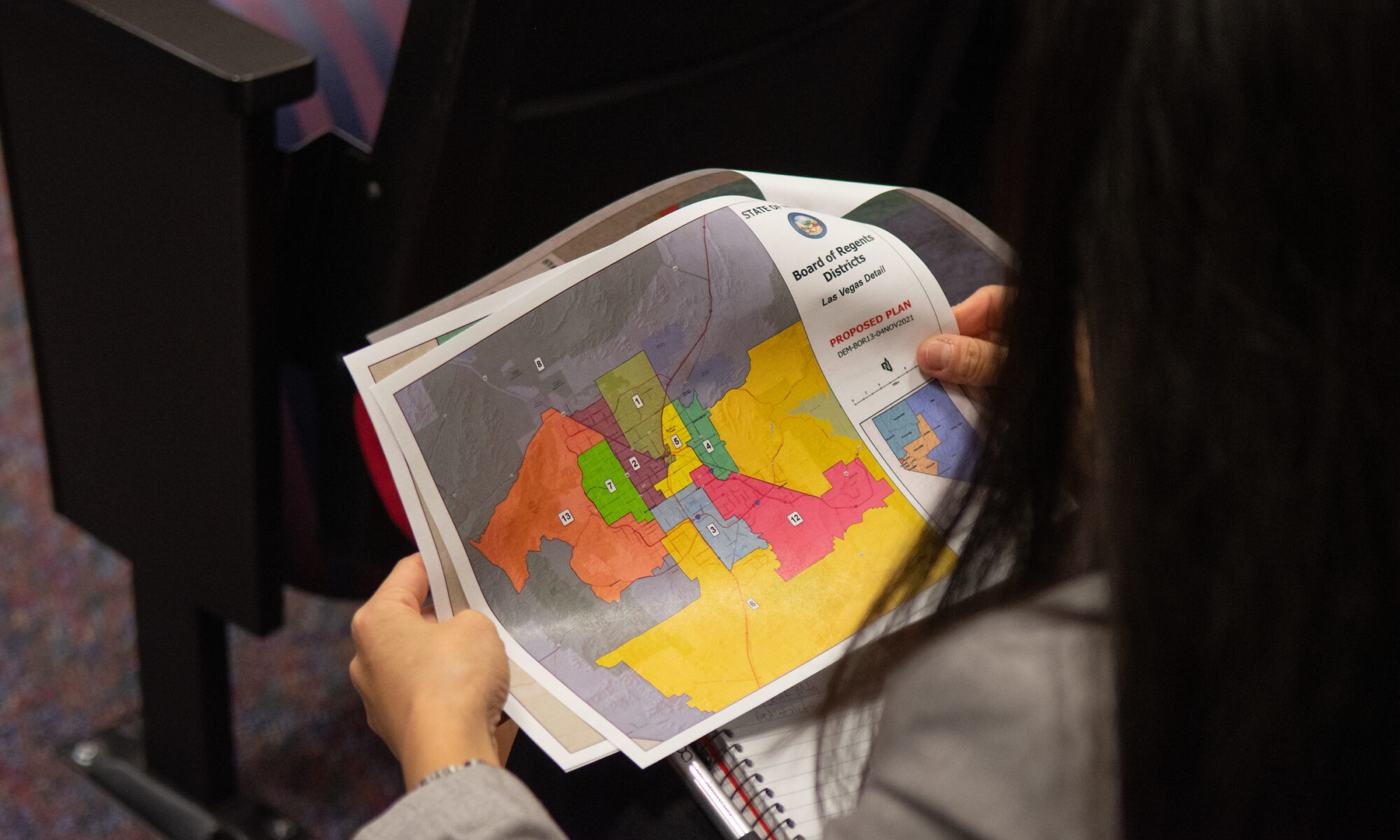 Democrats are doing precisely what politically ambitious majorities before them have done when given the opportunity to forge a new (supposedly) perpetual political advantage: They’re feigning dedication to fairness and objectivity in a system that incentivizes and rewards neither.

And Republicans are performing the role of the outraged minority just as perfectly.

Regardless of which party is in the majority, the process of redistricting is one that encourages the worst kind of partisanship and underhanded politicking — as is illustrated by Nevada’s long history of legal battles and nightmarish legislative sessions over the issue.

Why would this time be any different?

After all, modern tribalism of politics aside, the concerns that must be balanced while redistricting are inherently subjective, multifaceted and prone to partisan influence. Even in a utopian world where lawmakers put electoral ambitions aside and set about to craft truly objective district lines, the task would be daunting. Communities of interest must be kept together; minority groups must be assured fair representation; competitive political contests should be preserved where it makes sense; districts should be compact and logically delineated; and (of course) the end result should offer partisan fairness — resulting in a legislative makeup roughly in line with that of the state’s electorate.

When Democrats announced their initial maps, Republicans were quick to argue the new districts failed almost every one of those tests. Assembly Republican Leader Robin Titus pointed out that Democrats, who currently enjoy a roughly 4 percent advantage in voter registration, had crafted a map that all but ensures them a supermajority in both legislative chambers — a statistical phenomenon that would indicate blatant gerrymandering.

And, despite the fact that performative outrage is what should be expected from the minority leader in such a process, she isn’t actually wrong. A map that doesn’t result in a legislative makeup that is reflective of the general population should be a real concern for voters, regardless of political party. Districts crafted to ensure political victory for a specific party often require disenfranchising voters — rendering huge swaths of the electorate to irrelevancy. Calculating the degree to which votes are “wasted” by such redistricting has even become central to defining the practice of gerrymandering.

The degree of such partisan favoritism in any year is, of course, a point of debate — but its presence is omnipresent. After all, such political shenanigans are a deeply entrenched part of the redistricting process.

How could it not be? Our current process gives the majority party (whichever party that is) control over crafting the very maps that will determine partisan advantages for the next decade. As a recent opinion piece for The Nevada Independent points out, such a process seems like a pretty clear opportunity for self-serving manipulation of the process.

In other words, Republicans are correct — even if their indignation seems merely to be what is expected from a minority party. The process of redistricting, after all, encourages the kind of partisan favoritism Democrats are being accused of harboring, and it’s an endemic problem that has proven stubbornly resistant to reform.

Independent redistricting commissions have been considered a way to alleviate the partisan chicanery inherent to the process — the idea being that removing the pen from those who stand to directly benefit from redrawn districts might reduce the propensity for partisan favoritism. However, members of independent commissions are just as susceptible to political prejudice as the politicians who would likely appoint them to the role. Even if there was a way to prevent the “packing” of partisans on such commissions, the simple nature of human bias means the risk of political favoritism would remain.

The Legislative Council Bureau, for example, is hardly the non-partisan, independent or objective entity it claims to be — it acts primarily as a cheerleading squad for whatever political party happens to be in the majority. Merely declaring an agency, commission or panel of experts “independent” doesn’t erase the intrinsic tendency of human beings to behave in a way that comports with their deeply held biases and prejudices.

Technology has also been posited as a possible bulwark against such bias — with some suggesting that dispassionate algorithms might erase gerrymandering from our political world. However, even this runs the risk of failing one (or more) of the multiple prongs for objective redistricting. After all, such algorithms are, in the end, only as objective as the human beings writing their code.

Given the conflicting interests at stake when it comes to drawing new maps, handing the process over to computers would still generate plenty of controversy. Partisan fairness, minority representation and community adhesion are all important tenets of redistricting, but often one (or more) of those principles must be sacrificed in order to ensure fealty to the others—a compromise that, if made by a computer, would undoubtedly result in outrage from those who saw their electoral power diminish as a result.

Other, more dramatic reforms have also been discussed among political pundits throughout the years. Creating multi-member districts where representatives are elected through ranked-choice voting has been put forward by both conservatives and liberals as a systematic change to make redistricting itself less important. In 2017, Reihan Salam with National Review argued such a change to our electoral system would not only reduce gerrymandering, but also alleviate partisan division. An op-ed in The Washington Post this summer made similar claims, arguing that ranked choice voting in multi-member districts would better reflect the politics of the electorate.

However, any changes that promise to disrupt the current process — let alone something as sweeping as making wholesale changes to our electoral system — face a significant institutional hurdle: Current electeds. After all, such reforms would have to be adopted by the very same members of the majority party poised to benefit from the status quo, hardly making it the kind of thing politically ambitious partisans tend to consider.

Which is why we find ourselves stuck in the same recurring nightmare every decade as we cling to a process that is tailor-made for encouraging partisanship and favoritism. The real question for this year’s redistricting isn’t whether political preferences will influence the redrawing of Nevada’s districts, it’s “How many voters will be disenfranchised by maps borne of political opportunism and partisan ambition?”

And, just like every decade prior, the answer remains the same: As many as the party in charge believes to be feasible.