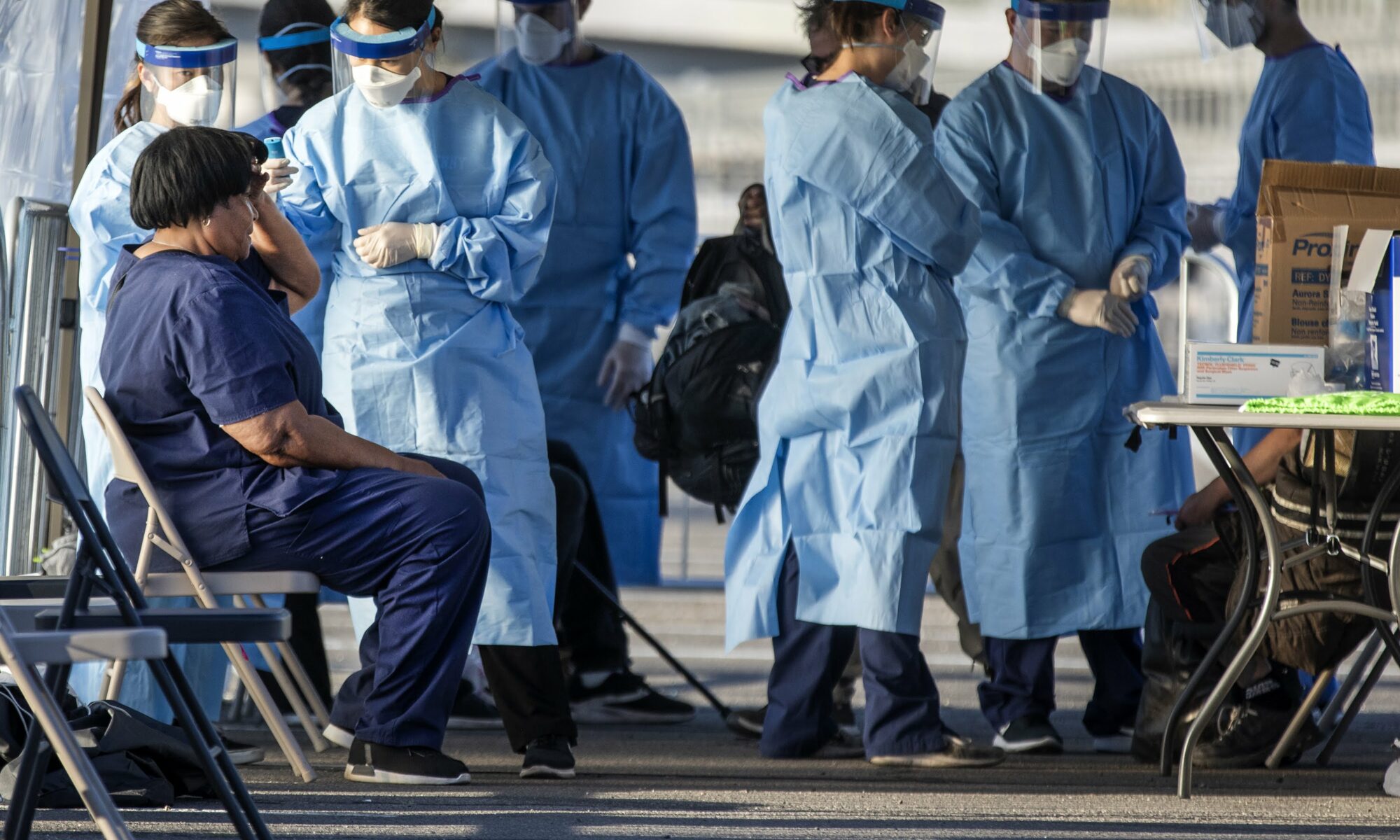 Morning commuters and even some neighbors could easily miss the homeless encampment tucked away behind cyclone fencing and a Chevron station and taqueria off Eastern Avenue and US 95.

Obscured by brush and scrub elm, when I visited it earlier this year it was a mix of flapping tarps and shopping carts, a few pup tents and broken wheelchairs. With abundant trash and the unmistakable malodor typically present in such places, it was a reminder of the challenges facing homeless outreach workers who go into the field every day in hope of getting through to the most troubled souls in our society. Those challenges have been multiplied during the coronavirus pandemic that continues to roil across the country.

Just a few weeks ago, with COVID-19 cases already killing thousands in America, officials faced grim projections that the disease might burn like wildfire through the homeless population, already at a higher risk of contracting hepatitis and other diseases. That alarming challenge set in motion a level of cooperation not commonly seen between city and county government in Southern Nevada as well as participation by the Clark County Health Department. The result was the creation of the $8 million Isolation and Quarantine (ISO-Q) Complex at Cashman Field.

The 500-bed temporary facility opened in mid-April and closed June 30 after logging more than 20,000 health screenings, treating 245 people and providing 2,220 nights of acute observation. Although fewer than two dozen COVID-19 cases were treated, the ISO-Q Complex diverted hundreds of people away from local hospitals at a time medical experts anticipated the probability that emergency rooms and ICUs might be overrun with life-threatening cases.

It was, by any grownup measure, a success that served its purpose at a time of heightened uncertainty. But a strange thing happens when people are proactive and a worst-case scenario isn’t realized: The scoffing and I-told-you-so’s followed by fact-flawed talk about how the danger of the pandemic has been overblown despite a death toll surpassing 130,000 nationwide.

City of Las Vegas Director of Community Services Kathi Thomas-Gibson isn’t having any of it. If there’s a price to pay by being proactive, it always beats the alternative of being unprepared for a viral firestorm.

“I think it really served its intended purpose,” she says. When the pandemic began to spread, “At that point we as a community did not really know what to expect. We wanted to be prepared, to be proactive in case our medical systems were overrun as we had seen in other communities. That did not happen, and we were able to fulfill our purpose. It was also important for us, as a community, to assess what our systems were capable of.”

Quite a lot, as it turned out. With help from military veteran volunteers at Team Rubicon and paid medical and support staff, there was a high level of preparedness. For local governments that have struggled with complex homeless issues for decades, it was nothing less than a breakthrough moment.

“We certainly have increased our capacity as a community to be responsive,” Thomas-Gibson says. “I didn’t have any doubt in my team from the outset. I always knew they were capable of responding to any kind of crisis.”

If there’s something positive to take away from a time of medical uncertainty and misery, this is it.

“This put all the systems to the test,” Thomas-Gibson says, “but it also I think helped break down some of the silos, if you will, that exist … across all kinds of institutions. I think we all got an opportunity to test our mettle and work together in a kind of crucible.”

That leaves a potentially greater challenge: practicing effective homeless outreach during a deadly pandemic. If you’re wondering where much of the ISO-Q Complex’s stockpile of PPE went when it closed, a large portion of it has been filing vans that provide the field unit’s for the city’s Multiagency Outreach Resource Engagement (MORE) teams that find themselves most mornings in homeless encampments such as the one tucked away off US 95. The city’s Courtyard Homeless Resource Center at 1401 Las Vegas Blvd. North continues to test and triage street people even as social workers attempt to persuade them to seek assistance. At Clark County, the Mobile Crisis Intervention Team performs homeless outreach in the field. The teams pass out kits with masks, wipes and sanitizer and offer reminders about the importance of hygiene and face-covering and medical social distancing.

The reasons are varied, but some Southern Nevada’s homeless don’t find their way to Courtyard. Haunted by addiction and mental illness, they maintain a kind of social distance not recommended by the CDC.

When it comes to a willingness to participate, Thomas-Gibson says, “They’re a lot like the general population.”

At a particularly precarious time during the pandemic, with cases increasing statewide and Gov. Steve Sisolak weighing whether to increase restrictions to help slow the spread of COVID-19, those homeless outreach teams have an even more integral role to play.

No matter our status, station, or political affiliation, those simple social distancing guidelines are all that separate our society from far greater calamity.

“Let’s face it,” Thomas-Gibson says, “Those guidelines are for middle-class people who have a home.”