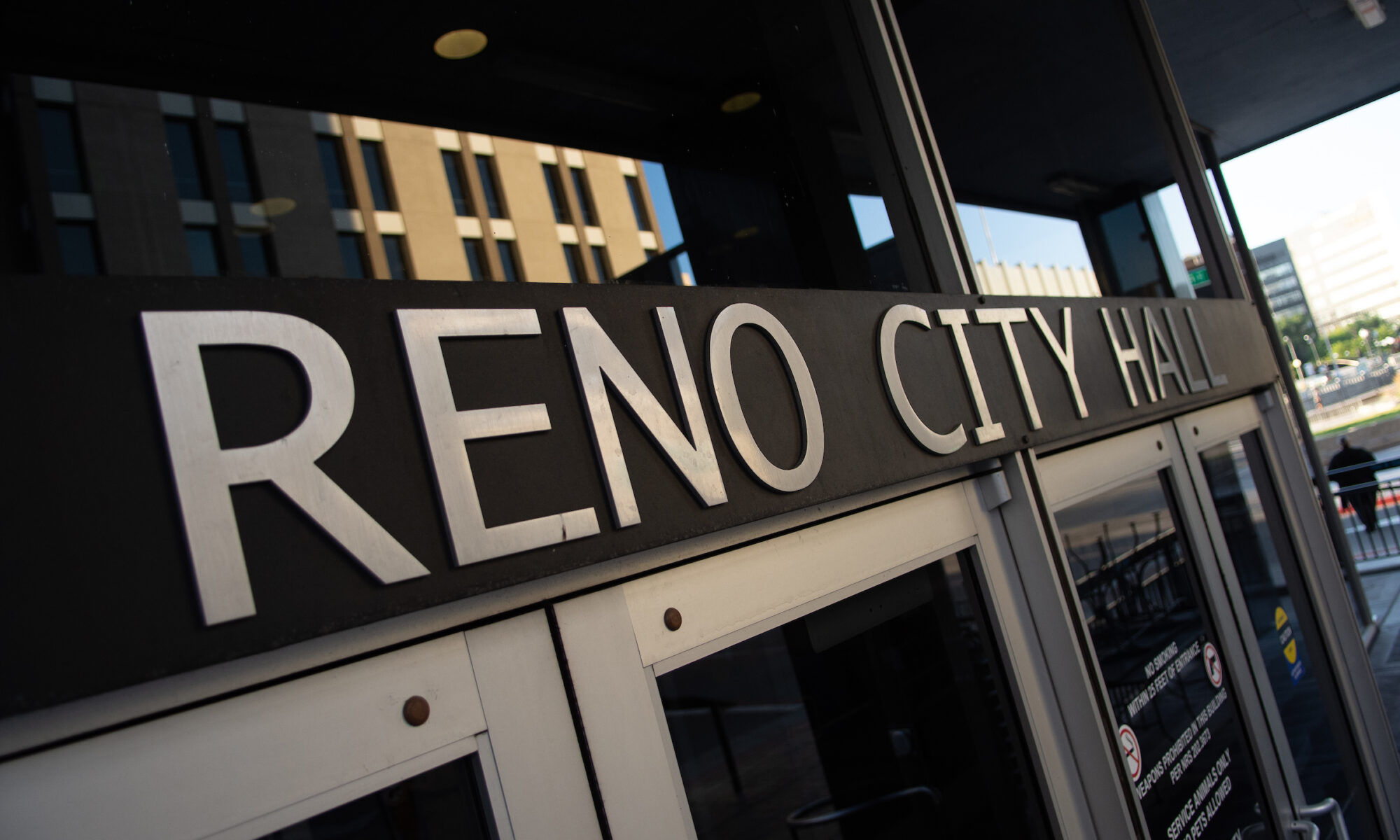 Mayor Hillary Schieve and the Reno City Council need help running our great city. The lack of skills suitable to running a city were showing as we passed through the beginning stages of the pandemic and continue as we struggle with civil unrest.

The only answer to crisis? Draft business-closure and curfew orders without any apparent legal review in an attempt to shut down the city. It’s like the council sees other, more dynamic cities doing it and, therefore, we should be doing it too without thinking through whether that makes sense for us.

Mayor Schieve and the council should be using the current civil unrest to put forward concrete solutions to problems that ail not only our region but the whole country. This isn’t complicated and is an opportunity to lead the nation in implementing solutions.

As a nation, we have let the police run amok. We have forgotten that the police serve us and not the other way around.

Here are five specific actions that we should take as a package, but any one of them alone would be progress. None of these are novel ideas and all return the police to their focus on partnering with and protecting all our citizens:

The Reno and Washoe County police departments do not need military-grade weaponry. We are not enemy combatants. There is no risk of occupying force; we don’t have roaming paramilitary groups terrorizing our citizens. Police are to serve and protect us – not control or lord over us, as has been normalized. If we have an event that requires the amount and type of weaponry held by our police, we have the National Guard conveniently available.

Military-grade weapons are simply budgetary waste and “boys playing with toys.” This is not the role of our police, creates a mindset of “us versus them,” erodes public trust and wastes our city’s limited resources.

Take cops out of traffic

I currently live in the City of Reno and previously lived in unincorporated Washoe County. The city does a much better job of this than Washoe County; however, it still needs to be addressed.

Police spend excessive amounts of time and resources being traffic stewards. The criminality of traffic infractions does not require armed officers.

Too much subjective discretion is given to police who have shown that they abuse the discretion. Traffic stops are disproportionately against non-whites. Traffic stops give police a racial bias outlet as has been shown over and over across our nation. Further, police are most likely to commit an illegal search and seizure during a traffic stop.

Most notable, however, is that traffic infractions do not require human interaction; traffic infractions can be handled completely through automation. Automation would reduce cost, be less discriminatory, reduce the negative interactions with police and potentially be more effective. Speed and red-light cameras are decades old technology that have shown effectiveness. Any argument that cops need to be in traffic simply supports the position that it is a front for questionable policing activity.

Nevada faces an overwhelming budget shortfall from COVID-19. Many necessary services will need to be cut or reduced. Reducing the police’s budget will force the department to focus its reduced resources on activities that are most important and effective.

We need more non-police solutions to our problems. Reno has budgeted $74 million towards policing. Even a 10 percent reduction would meaningfully fund programs targeted at addressing mental health issues that often result in the need for policing.

Remove “may” from body camera requirements

All officers must be assigned a body worn camera (BWC), and all officers must be held accountable for its use. The current Reno PD general order regarding BWCs states, “Officers that fail to or forget to adhere to the requirements of the applicable laws, policies, or training requirements, may be subjected to discipline.” (Italics added for emphasis)

There is no reason why this rule should not be absolute. I’ve never seen a time when it was ok for me not to adhere to laws, policies, or training because I forgot. It’s actually laughable that it is the department’s policy.

Just as there is no discretion in wearing a seat belt, police should not be in a discretionary position to decide when it is ok not to have their camera on. Camera off equals punishment.

Police are public servants; they are not a private enterprise. They do not get to decide when they are acting badly and failing the public. Data shows that police are rarely charged with crimes after police killings. Their self-policing is not effective.

An external civilian review board consists of citizens from outside the department and can be appointed by city council. It would have the duty of reviewing complaints and making disciplinary recommendations. This solution has been shown to sustain police brutality complaints at a higher percentage than the police do themselves.

None of these listed ideas are novel or complicated. They are simple solutions that move us forward to better policing. It only takes a few minutes of reading and thinking to come up with a similar or better list. I don’t know what our governing body is focused on, but it doesn’t appear to be focused on leading us forward.

Danny Hart is a business owner in the Reno, Sparks and Carson City communities.