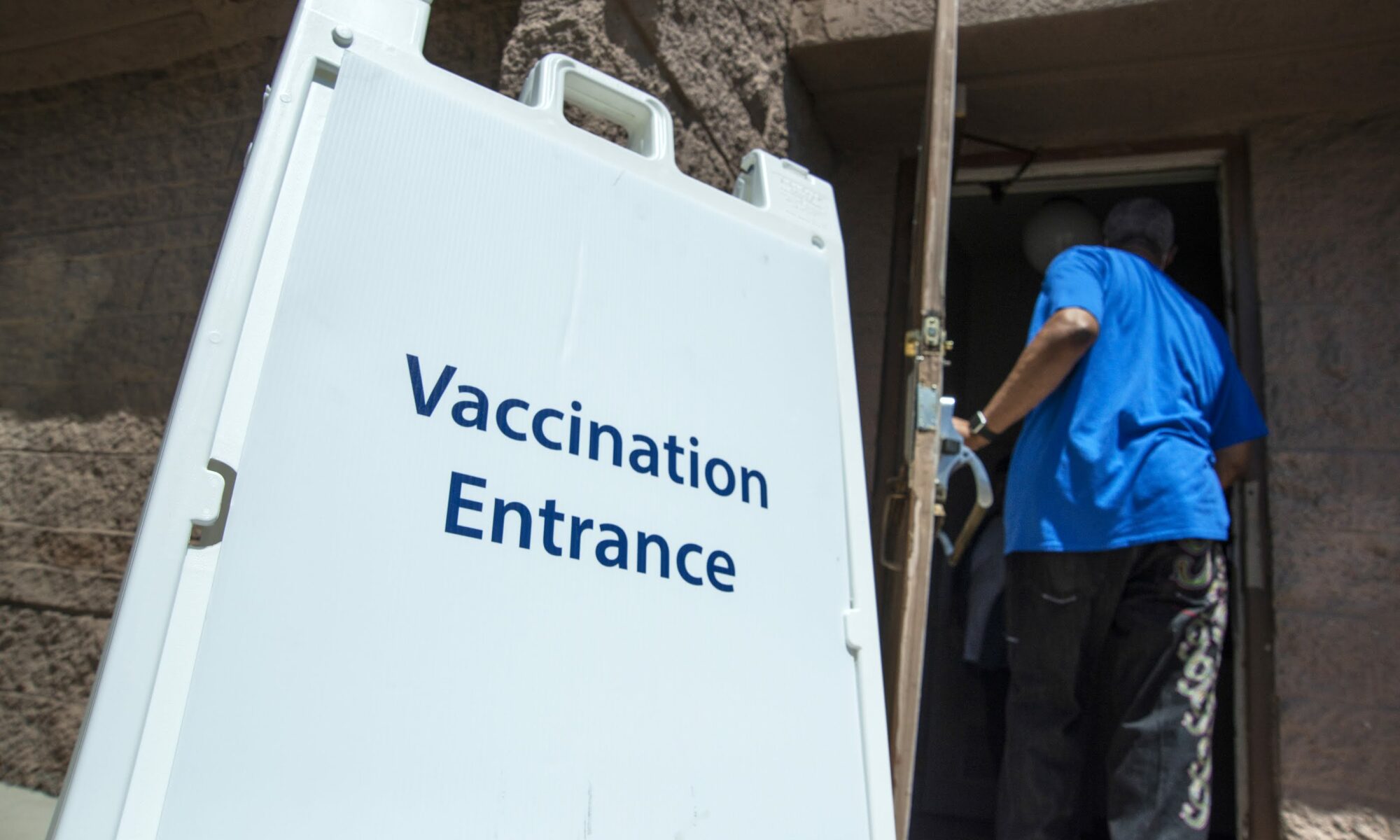 Government-mandated vaccine passports might soon be coming to a town near you.

With Mayor Bill DeBlasio requiring the use of a first-in-the-nation “vaccine passport” in New York City—and a growing chorus of supporters calling for similar mandates elsewhere—it seems like the political courage to force vaccine-hesitant Americans into getting the jab is spreading. The Biden Administration even discussed a policy of prohibiting interstate travel for the unvaccinated—although that was deemed too polarizing “at this time.”

In other words, gone are the days of asking nicely or gently coaxing reluctant individuals into considering the most efficacious means of protecting themselves against a global contagion. Coercion is now trending as a preferred tactic.

This is bad news for those hoping to chip away at the hesitancy and reluctance demonstrated by roughly half of the nation.

After all, not everyone resisting the vaccines are basement-dwelling conspiracy theorists. In truth, hesitancy about the vaccine is more diverse than many political partisans would like to pretend. For example, according to a new study by Carnegie Mellon University, the most vaccine-hesitant demographic is actually highly educated individuals with doctorate degrees.

In New York City, it appears the African-American community also has a heavy dose of reluctance and skepticism. A mere 28 percent of young Black New Yorkers have been vaccinated, according to The New York Times. And while that is worrisome news in and of itself, it also means that DeBlasio’s vaccine passport requirement is destined to result in a cultural apartheid—unintentionally prohibiting nearly three-quarters of the city’s young African-American community from eating indoors, joining a gym or going to the movies.

It is impossible, of course, to predict whether treating an entire community as lepers might reduce their reluctance to getting the vaccine—but it doesn’t seem unreasonable to assume such exclusionary policies will only further entrench the very contempt, distrust and indignation that has been responsible for much of their hesitancy to begin with.

And that seems like an important point to consider when crafting public health policies in the midst of a pandemic.

Given the demographic diversity of vaccine holdouts, there are likely a wide range of considerations, concerns and reasons encouraging so many Americans to refuse a free preventative treatment during a global health crisis. However, the government’s generally inconsistent messaging on the issue likely hasn’t helped. The haste with which government officials reversed themselves on exempting the vaccinated from resurgent mask mandates, for example, doesn’t breed much confidence that the adoption of mandatory vaccine passports will allow for a return to some semblance of pre-COVID life.

Likewise, the obsessive national panic over “breakthrough” cases among the vaccinated—while important to discuss—has greatly distorted people’s understanding of the vaccine’s effectiveness in the first place. Given the nature of coronaviruses, reinfection and (milder) cases among the vaccinated are nearly an inevitability. However, the incessantly negative coverage from the national press—which seem to insist that every instance of a breakthrough case is an apocalyptic harbinger of doom—has almost certainly fueled skepticism over the vaccine’s overall effectiveness. After all, if infection is still so easily transmitted, are the risks (imagined or otherwise) of the “experimental” drug really worth it?

Government officials and those who wish to see vaccination rates continue to climb would do well to clearly and endlessly reiterate that the answer to that question for most American adults is a resounding “yes.” While breakthrough cases deserve (some) attention, the data overwhelmingly shows that vaccination is proving to be a powerful tool in avoiding hospitalization or death—and that was the entire point of getting the jab in the first place.

After all, vaccination is about reducing risk—not necessarily eliminating it. And even with our lower-than-preferred vaccination rates, those who have opted to protect themselves in such a way are experiencing significantly more resilience to the symptoms of infection. In other words, the mere existence of COVID cases among the vaccinated is not sufficient reason to implement coercive mandates likely to exacerbate the cultural divides that are themselves (at least partially) responsible for stagnating vaccination rates.

Unfortunately, as large swaths of the population seem increasingly distrustful of authorities offering public health guidance, a new message has emerged from an increasing number of government officials: Get the shot or find yourself relegated to a lower tier of citizenship.

Resorting to such coercion when persuasion fails isn’t going to incite a newfound willingness in millions of Americans to dispassionately recalculate the benefits of rolling up their sleeve. Rather, it’s likely to make their calculations even more distorted as the government's unpersuasive pleas morph into regulatory bludgeons used to cajole compliance.

Regulating the unvaccinated to the outskirts of social and professional life isn’t a persuasive method of forming a collective response to a pandemic—it’s a recipe for generating a culture of even greater contempt and distrust.

And, mandates or no mandates, that culture won’t be conducive to moving beyond the era of COVID.