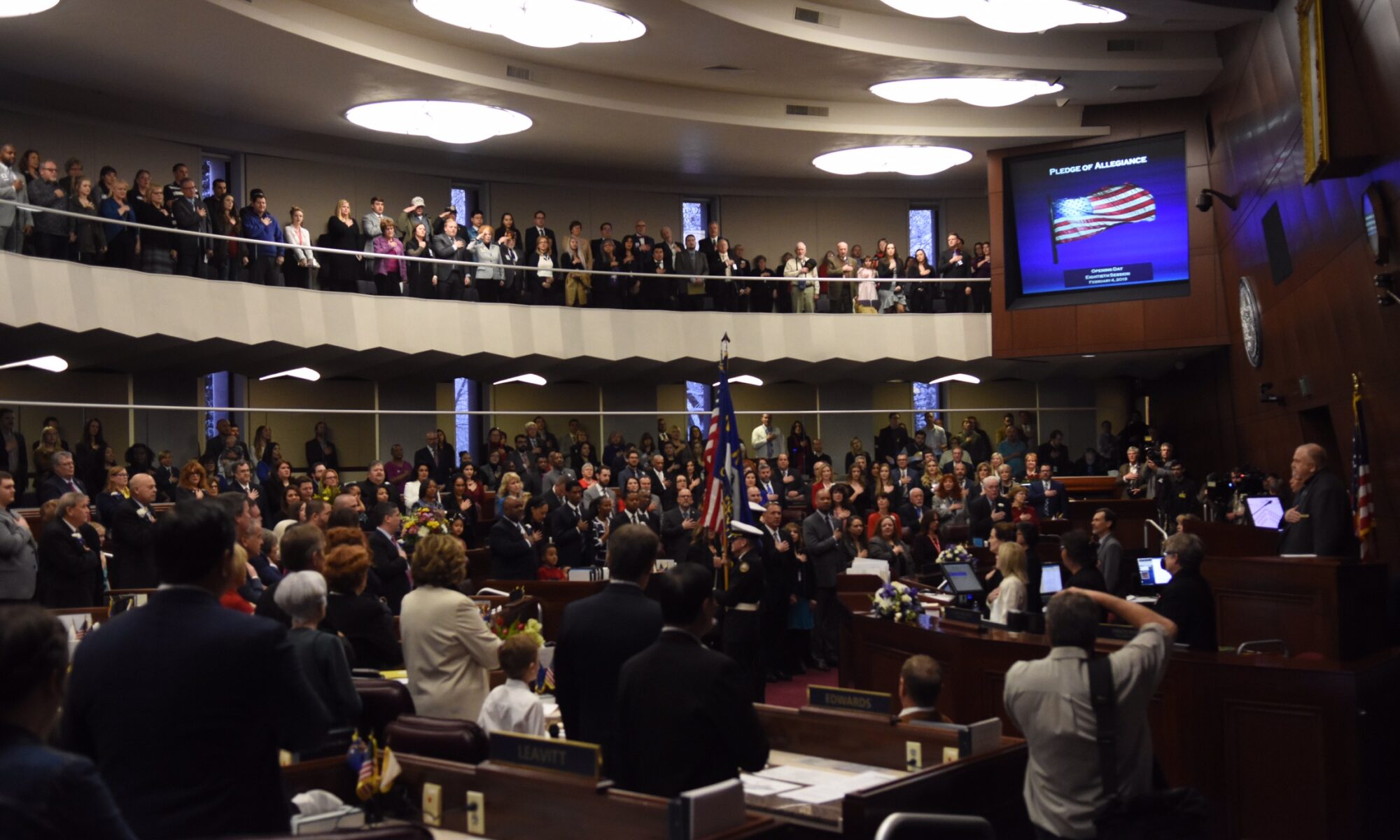 Running for office — even for a citizen legislature — is an expensive proposition.

At the low end, funding a successful bid can cost candidates tens of thousands of dollars, while competitive campaigns can be even pricier and require campaign hauls in the six-figure range.

In the 2018 election cycle, donors who contributed more than $200 to a candidate cumulatively contributed roughly $10.8 million to 63 state legislators, with total donations topping $11.7 million. Donations came from across the state and across the country, with much coming from Nevada’s usual top contributors: casinos, real estate developers, unions and law firms.

Fundraising totals increased compared to the 2016 election cycle, where the 63 lawmakers raised a combined $10.8 million over the two-year cycle.

The secretary of state makes campaign finance data available online, posting regular reports throughout every election cycle. But parsing that data and drawing conclusions can be a cumbersome task.

So, The Nevada Independent tracked and categorized more than 8,000 donations of $200 or more from January 1, 2017 to the pre-session fundraising freeze on January 15, 2019, which roughly encompasses the two-year election cycle. Donors are limited to making a maximum $10,000 contribution to a single candidate, but major corporations easily surpass that limit by contributing through various affiliated entities or businesses.

Each donation was categorized before the entire set of donations was analyzed for patterns and trends.

This data set — as large as it may be — doesn’t capture every slice of Nevada’s campaign finance pie. Data collected does not include donations made to losing candidates, nor does it break down spending by the many PACs or political groups that spend on state elections, or small donations under the $200 threshold.

The collected data offers a picture, though, of how the most powerful and well-connected industries in Nevada — gaming, energy and organized labor — contribute to campaigns and offers a glimpse at how legislative campaigns are funded and operate. It also lends useful context as the 120-day Legislature gets underway, and lawmakers face pressure and requests from the very same businesses and entities that helped fund their campaigns.

Over the coming weeks, The Nevada Independent will do weekly deep dives into contributions from highlighted industries ranging from pharmaceutical companies to payday lenders.

Below are some highlights of the data analyzed so far.

In total, the gaming industry and unions top the list as the largest campaign donors.

Casino companies spent more than $1.6 million over the last two years, while unions spent nearly $1.4 million in the same time frame. However, those donations were fairly spread out — on average, the gaming industry spent $2,700 per legislator, while organized labor organizations spent an average of just $1,539 — much closer to the overall average contribution of $1,337.

Organized labor also made major contributions; AFSCME contributed $153,000 to lawmakers, the Nevada State Education Association contributed more than $154,000 and the Plumbers & Pipefitters Local 525 made $83,000 in contributions.

But one of the largest individual donors to legislators isn’t a casino or union — it’s “Citizens for Justice,” the political action committee of the Nevada Justice Association which represents trial attorneys in the state Legislature. In total, the PAC gave more than $305,000 to 54 individual lawmakers, including $10,000 each to lawmakers Jason Frierson, Brittney Miller, Chris Brooks, Ellen Spiegel, James Ohrenschall, Keith Pickard, Maggie Carlton, Marilyn Dondero Loop, Michelle Gorelow, Ozzie Fumo, Steve Yeager, Teresa Benitez Thompson and Tom Roberts. Nine legislators did not receive contributions from the PAC, including five state senators not up for re-election and two appointed Assembly members.

Major campaign donors varied in their contribution levels between the 2018 cycle and the 2016 cycle; MGM Resorts made more than $305,000 in contributions in the last election cycle, $40,000 less than the casino giant contributed to legislative candidates in 2018.

Democratic leaders brought in some of the highest total contributions

Leaders of the Assembly and Senate caucuses of both parties were each able to raise significant sums — a combined $2.1 million — over the two years of the reporting cycle.

Democratic Assembly Speaker Jason Frierson brought in more campaign funds than any other lawmaker over the 2018 election cycle, raising more than $792,000. His Republican counterpart, Assembly Minority Leader Jim Wheeler, reported just the tenth-largest fundraising haul of the 63 members of the Legislature, raising nearly $300,000.

Other top recipients of campaign cash include a slew of state senators who won competitive races including Democratic Sens. Melanie Scheible (around $485,000) and Marilyn Dondero Loop ($479,000) and Republican Sen. Keith Pickard ($379,500). Democratic Assemblyman Steve Yeager raised more than $397,000, the second-highest total of any Assembly member.

Unsurprising given their election night victories, the 42 Democrats in the Legislature raised significantly more campaign funds than the 21 Republicans — $8.3 million for Democrats and nearly $3.4 million for Republicans.

On the whole, individual Democrats typically raised more than Republicans. The median Democratic fundraising haul was more than $154,000, more than $28,000 higher than the median haul of $126,000 for Republicans.

And on the whole, Democrats had a slightly higher average donation ($1,371) than Republicans ($1,253), though median contributions for lawmakers in both parties were the same; $1,000.

Of the more than 8,100 contributions tracked, only 72 donations of the maximum $10,000 were made to legislative candidates over the two-year period.

A total of 48 separate entities, including casinos, political action committees, unions and even candidates themselves reported making the maximum contribution in one swoop. MGM Resorts gave the largest number of $10,000 checks at 10 apiece.

Jeremy Marsh and Jodie Snyder contributed to compiling data used in this report.